Home » TV and Movies » 'The Young and the Restless': Here's When to Expect New Episodes

'The Young and the Restless': Here's When to Expect New Episodes

It’s been weeks since the last new episode of The Young and the Restless aired. For now, CBS is showing nostalgic episodes to keep viewers tuned in. That said, when can fans expect to catch a new episode of the hit daytime drama?

Fans enjoy repeat episodes on ‘The Young and the Restless’ 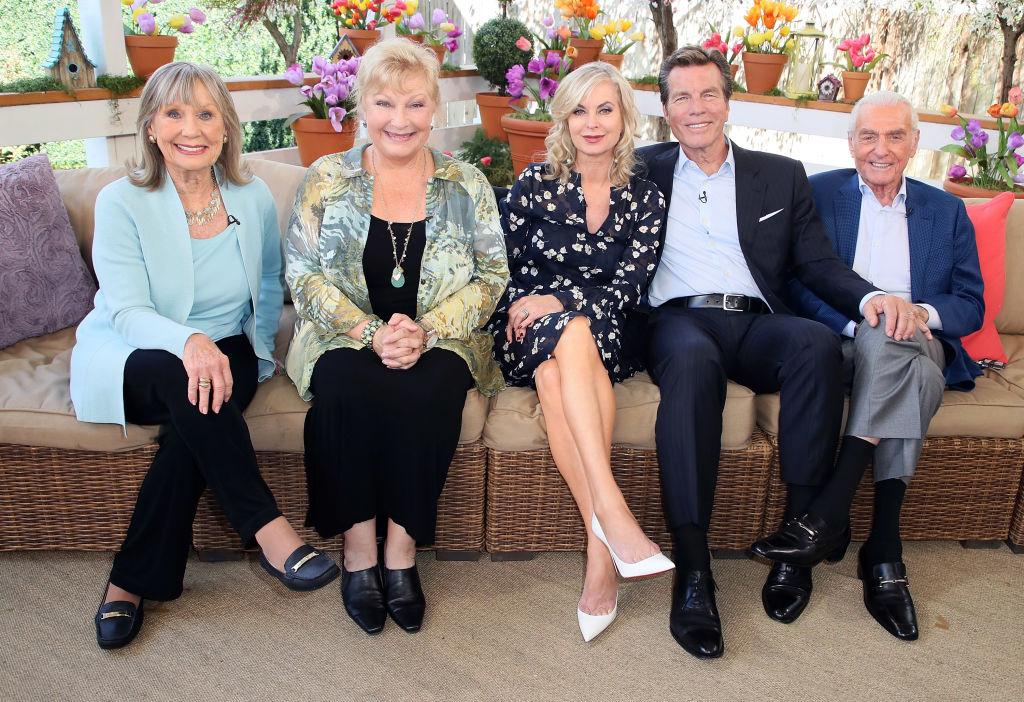 RELATED: ‘The Young and the Restless’: Which of Victor Newman’s Wives Is Worth More — Melody Thomas Scott, Sharon Case, or Eileen Davidson?

With all the changes due to the coronavirus (COVID-19) pandemic, shows are making the best of re-airing old episodes. The Young and Restless has been treating fans to different theme weeks. The most recent gift is that of some of the soap’s best villains, including Kimberling Brown-Pelxer as Shelia Carter.

“Sheila Carter is the Thanos of soap opera villains,” one fan tweeted.

“I’ve seen all the villains of Y&R and none can compare to Sheila.. none can come close to her evilness and her expressions.. she is truly someone you love to hate…Kimberlin Brown rocks the role,” another added.

“I love all Sheila episodes. Give us a full week of Sheila, please,” this fan echoed.

The comments go on and on, demonstrating how beloved the old episodes truly are. Next week, the series will focus on one of the show’s most legendary families.

“It’s all about the Abbotts!” the show account posted on Instagram. “Next week’s episodes of #YR will feature a beloved and legendary family in Genoa City. Please join us for The Abbotts Week on The Young and the Restless starting this Monday!”

We ❤️ these Genoa City moms, along with all of the mothers in #YR history! Tag your mom in the comments below to spread the love this Mother’s Day.

RELATED: ‘The Young and the Restless’: Who Played Villain Sheila Carter and Where Is She Now?

News recently broke of The Bold and the Beautiful‘s possible return. The sister daytime soap to Y&R had originally planned to shut down for just two weeks. As the pandemic raged on, plans changed and it’s the same with other soaps like The Young and the Restless.

According to Deadline, cast and crew allegedly received memos stating production might resume in June. While there are a lot of moving parts when dealing with something like COVID-19, the news is a breath of fresh air to dedicated fans.

The outlet further added that if filming resumes in June, new episodes for B&B would air in late summer. Logic would conclude that, if B&B’s cast and crew are slated to get back to work in June, Y&R can’t be far behind.

The worst-case scenario is obviously more downtime and re-runs of older episodes. However, the best case leads us to believe Y&R — which typically films 4-6 weeks in advance of airdates — will have new episodes ready by late summer, too.

Will the pandemic affect production once filming resumes?

RELATED: ‘The Young and the Restless’: Inside Victoria Rowell’s Outrageous Claims Against Former Co-Stars That Led to 2-Year Court Battle

COVID-19 changed a lot of things, namely TV and the way shows will be filmed in the future. If the possibility of June production is in the air, we have to assume all safety measures will be taken to protect the cast and crew.

Everyone involved will likely have to meet specific CDC guidelines as well as those set by Television City and approved by Hollywood unions to film safely.

With some of The Young and the Restless stars who may be considered “high risk” (albeit it for age or other health conditions), some fan favorites may not have their stories highlighted until it’s safe for their return to the set. Similarly, writers may find alternative ways to write those stories and/or film for those characters.

Whatever happens, fans of the CBS hit soap are loving the old episodes, while hanging tight for new ones.

The Young and the Restless airs weekdays on CBS.