THIS Morning viewers were left in hysterics today as Josie Gibson got stuck in a blow up seat during a highly amusing segment on camping.

The 36-year-old was trying to demonstrate how to use a lounge chair, which you are supposed to just fill up with air. 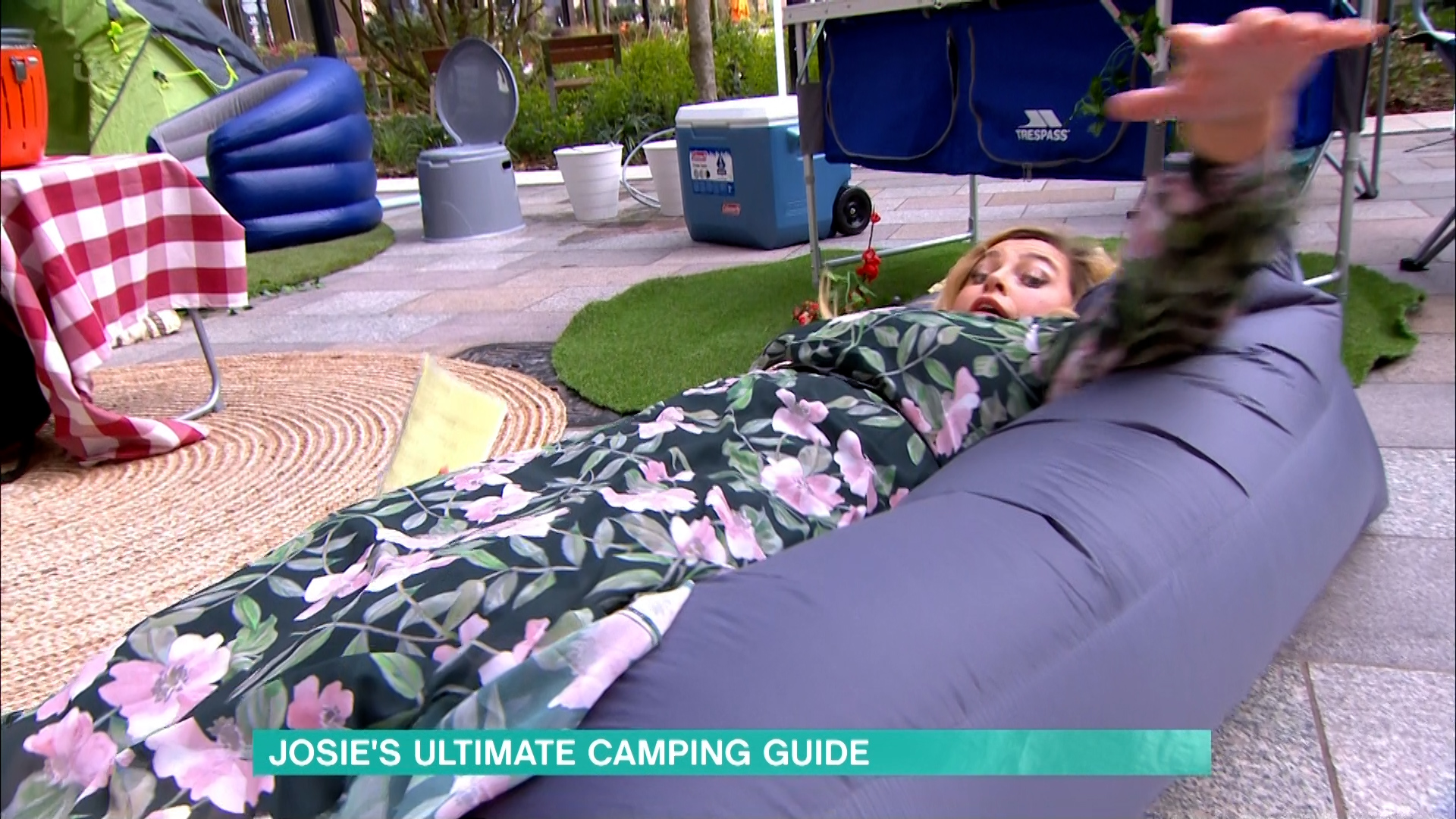 At first she tried to show how to inflate it and started running up and down but to no avail.

She then turned to one that was already inflated and plonked herself on it.

However, she looked like she was stuck and couldn’t move – making Eamonn Holmes and Ruth Langsford giggle back in the studio.

Those watching it at home found it very amusing too and took to Twitter to discuss it. 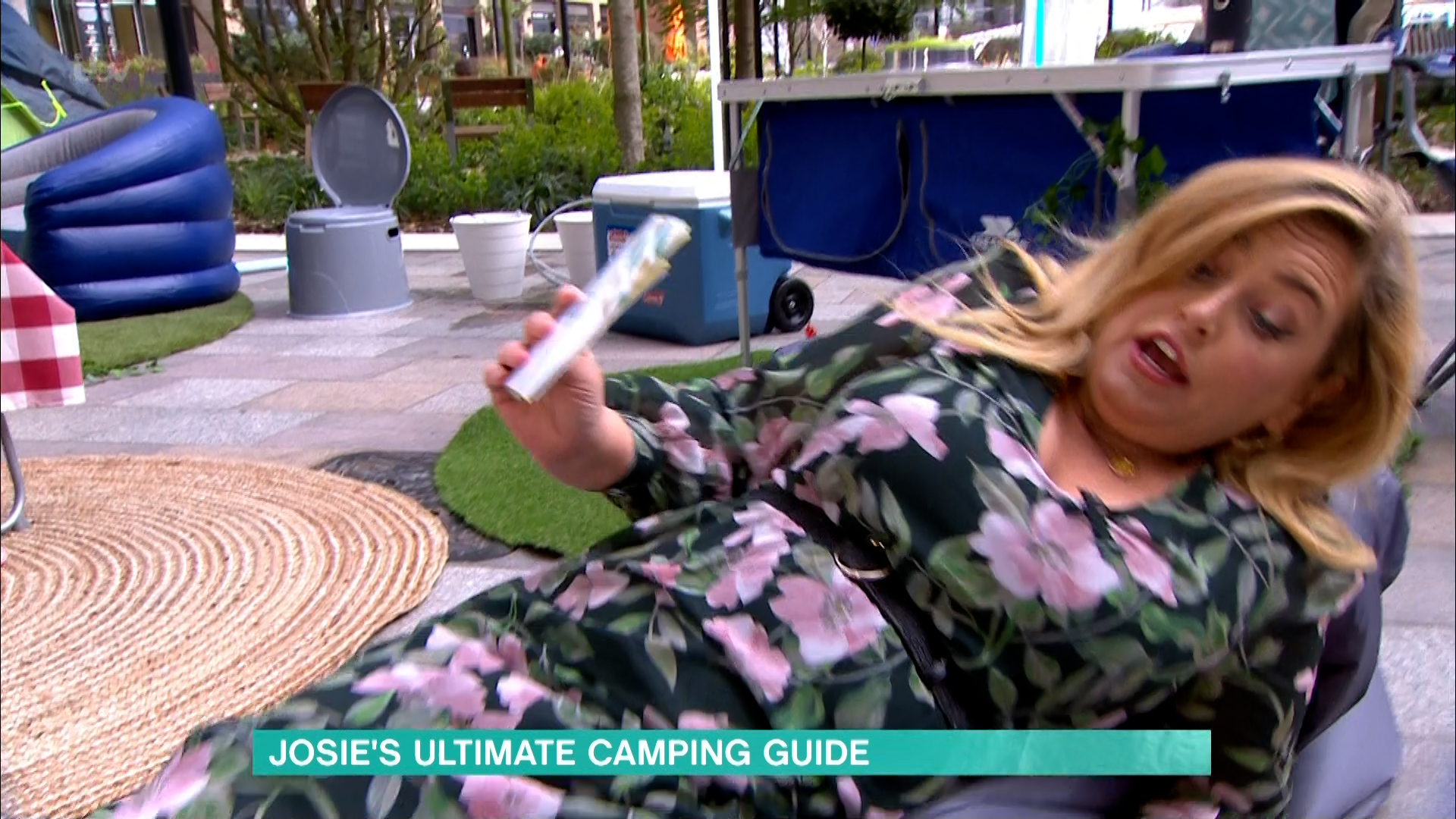 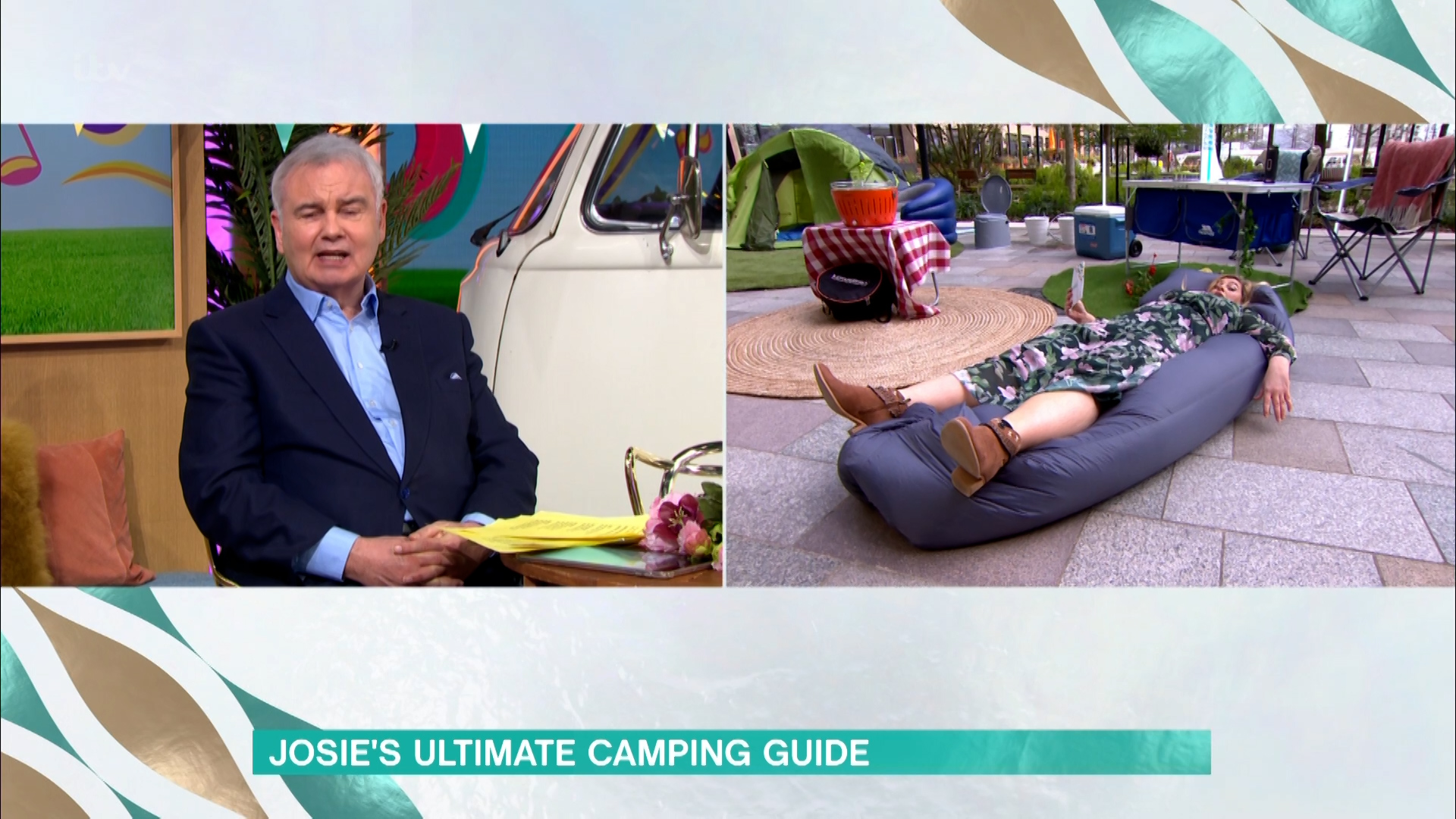 One person wrote: “Lmfao I love this girl.”

Another tweeted: “Crying with laughter at Josie,#laughteristhebestmedicine #ThisMorning.”

While someone else remarked: “Hahaha she cannot get up.”

Josie’s amusing skit came after she revealed she has lost a stone in weight.

Last  week she showed off her weight loss while posing in a bunny outfit on the show.

Josie hit 16st after the birth of her first child Reggie in 2018.

Over the years her weight has fluctuated – but the TV personality says she's now embracing a healthy lifestyle after joining Weight Watchers. 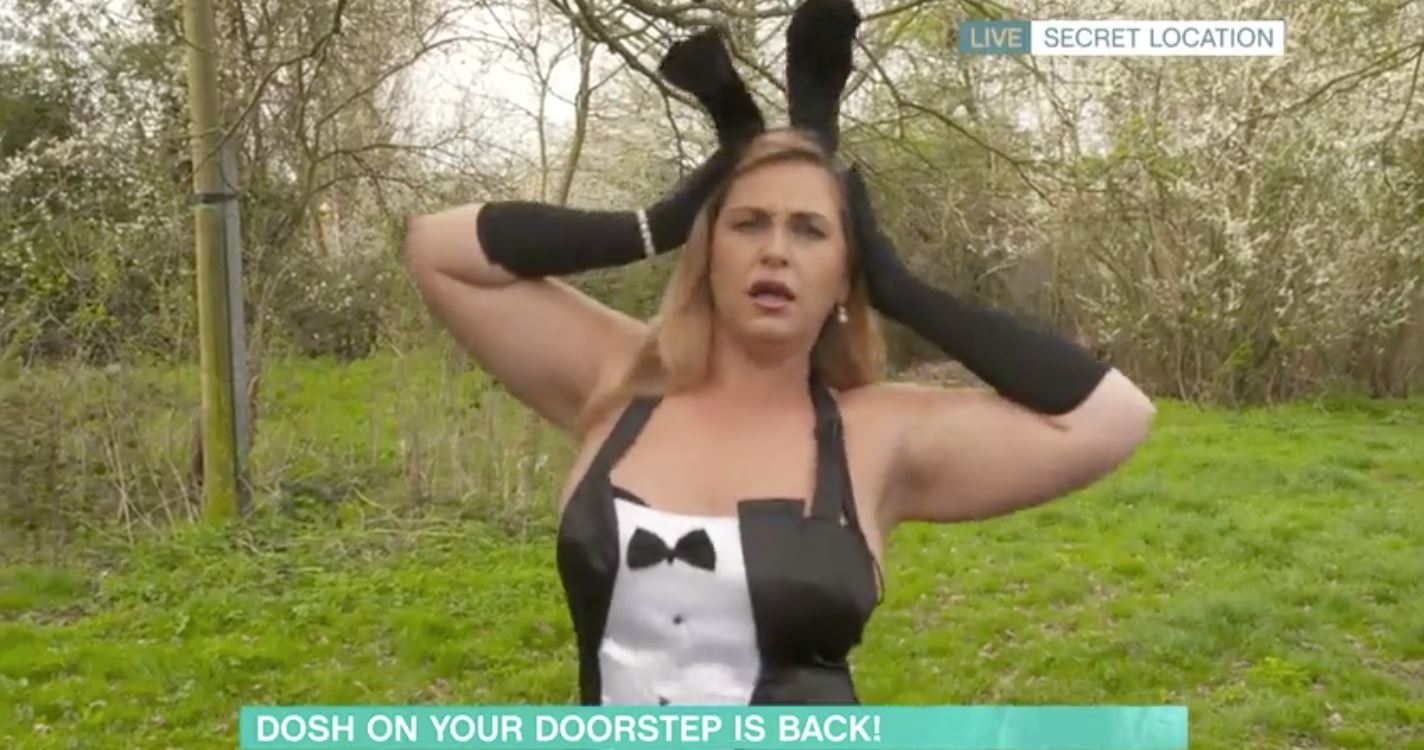 Josie told OK! Magazine: "So I've lost over a stone now and I just enjoy it, I'm enjoying cooking healthy and enjoying – we all go out to this virtual walk, Walk to Wellness, and there's a lovely community.

"I would love to start running, everyone's got this running buzz!"