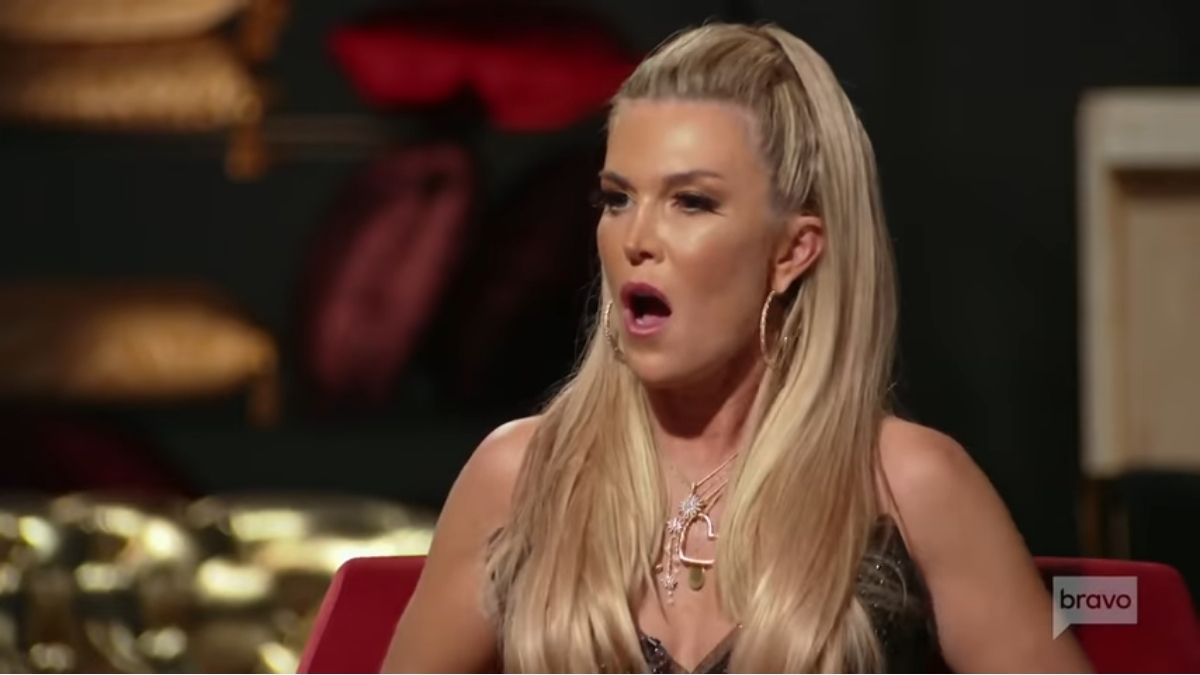 It looks like Tinsley Mortimer finally got the chance to confront her long-time nemesis, Dorinda Medley, about tasteless comments she made throughout the season.

During part one of the long-awaited, and socially distanced, Real Housewives of New York City reunion, Tinsley seized the opportunity to call out Dorinda after it’s revealed that the two haven’t spoken since Tinsley’s mid-season departure from the show.

“I’m assuming that the two of you have not spoken since Tinsley left for Chicago,” host Andy Cohen asks.

To which Tinsley quickly interjects, “No, of course not.”

A bothered Dorinda takes a moment before snidely remarking, “I think Tinsley’s only spoken to Leah. But Tinsley never really spoke to any of us after she left every year anyways.”

The gloves come off

Clearly bothered by the comment, Tinsley snaps back that the two “were actually friends at one point.” She then takes the opportunity to bring up one of the horrible comments made by Dorinda during the season, “I mean, the vile turkey baster comment. Women who cannot get pregnant and the infertility is such a huge…”

But before Tinsley can finish her thought, Dorinda chimes in inquiring, “Are you having a problem getting pregnant?”

It’s at this point that tensions start to bubble over and it’s been a long time coming. The co-stars seemed to be at odds throughout the season.

Dorinda, who has since announced that she’s leaving the show, found it difficult to speak kindly about Tinsley with seemingly with no motive.

Tinsley’s desire to have a child has been a popular topic during her time on the show. Throughout the seasons Tinsley was open about her longing to be a mother and often found it difficult to cope with the fact that she hasn’t had a baby yet.

Mentioning this during the reunion, Tinsley says, “I’m shamed for wanting a child. I’m shamed for not having one.” Cutting her off once again, Dorinda exclaims, “I’m surprised you’re not pregnant already. You’ve been talking about getting pregnant.”

Finally, the ladies start coming to Tinsley’s defense. “Dorinda, that’s not nice,” says Ramona with a shake of her head.

Tinsley then points out that Dorinda’s insensitive comment was clearly a jab at IVF treatment, which reunion host, Andy Cohen, used to conceive his son, Benjamin, born in 2019.

“Andy’s baby was from IVF. Would you say the same thing to Andy?” she asks with Dorinda attempting to apologize without hearing her.

“Stop!” Ramona calls out, “She said something very important that I’ve never heard Dorinda say,” opening the door for Dorinda to make a sincere apology.

“I said I was sorry I said that. I apologize. It was a bad joke and I’m sorry,” she says as she turns to smile at Andy.

Andy didn’t seem to believe that the apology was sincere, clarifying, “I thought it was mean.”

The Real Housewives of New York City airs Thursdays at 8/9c on Bravo.