Ben, 46, was on hand to present a brand new episode of Tipping Point and welcomed four contestants who were trying to get their hands on the jackpot prize. After he got the ITV quiz show underway, the players were asked a number of questions and they set about building up their individual banks by giving the correct answers. However, when player Margaret put a counter into the giant arcade-style game board, the presenter didn’t expect the outcome which played out. 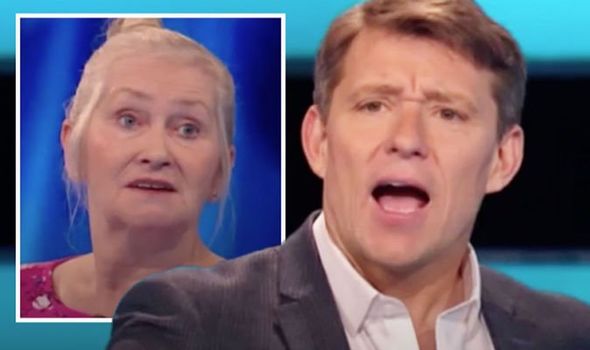 The moment happened when Margaret answered one of the first questions correctly, meaning she beat her opponents in being able to play the counter in hand.

What the contestant was hoping to do was to use the counter to push even more off the edge of the board to increase her bank account.

Unfortunately, it didn’t pan out as she had wanted as the counters were pushed to the edge but there was no drop.

From a different angle, it seemed as if the counter should have dropped but the pressure of those above it was preventing it from falling, leading Ben to joke they were “floating”.

Reacting to the rare occurrence he’d never seen happen before, Ben told the players: “I don’t know how that happened.”