TODAY contributor Bobbie Thomas breaks down in tears and admits "I'm so scared" in her first interview after her husband Michael's death. 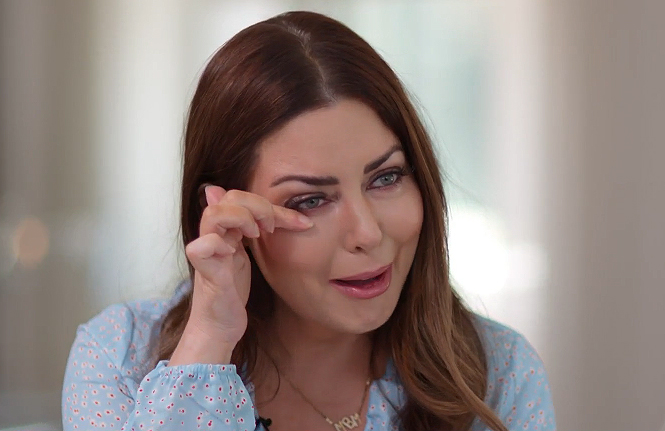 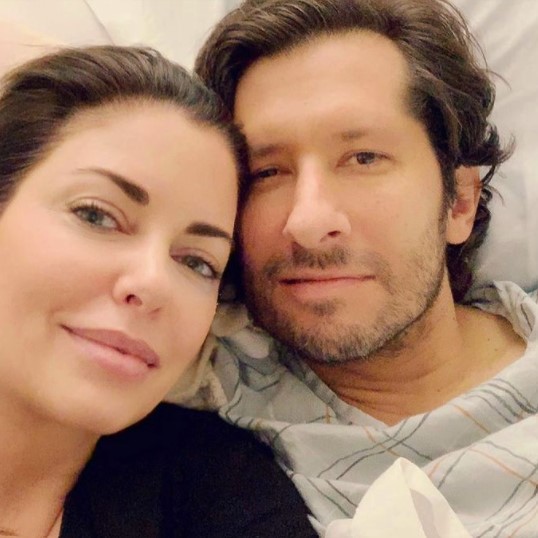 Bobbie told Today's Hoda Kotb of coping since Michael's death: "I've been so overwhelmed by the support, but I feel incredibly isolated and alone.

"Experiencing so much pain has felt really isolating, and other people going through that who have reached out, it's as if my heart just is connected immediately

She went on: "I feel like it's important to say out loud for myself and for others that you have to give yourself the grace to not try and fix the pain because so often we are in a position where pain is uncomfortable, and it is almost identified as the problem.

"… There's a lot of good intention in that but unfortunately, it feels as if you're ashamed for being in pain, and you're further isolated, and that's not OK."

"The pain is so precious to me. It's my connection to him. I don't want the hurt to go away because it gets further away. … If I can do anything to tell other people who are going through this because I know how alone I feel and I have so much support, it's to not feel like the problem." 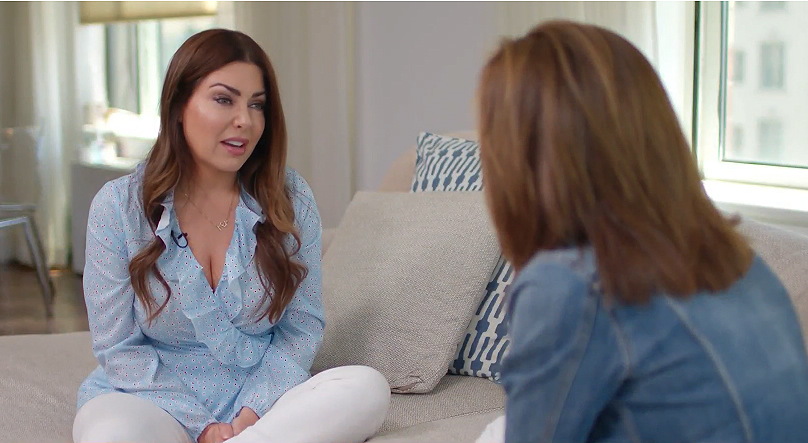 Bobbie also shared how she keeps Michael's memory alive noting: "I talk about Michael, and I think it's really important that he's surrounded by him. … (Miles) has so many vivid memories. He comes walking in, he's like, 'Mom, look, Dad's favorite candy.' It's, like, 'Is this an excuse to eat the candy or?'" she quipped. "He's so proud, and he'll say, 'My daddy's guitar, I have to take really good care of it.'"

She also shared how one of Michael's close friends whom their five-year-old son, Miles, calls Uncle Andrew said to him on a call: "Your daddy was my best friend, so you have a big responsibility. That means you're my best friend."

"His face was just like, he was so happy." 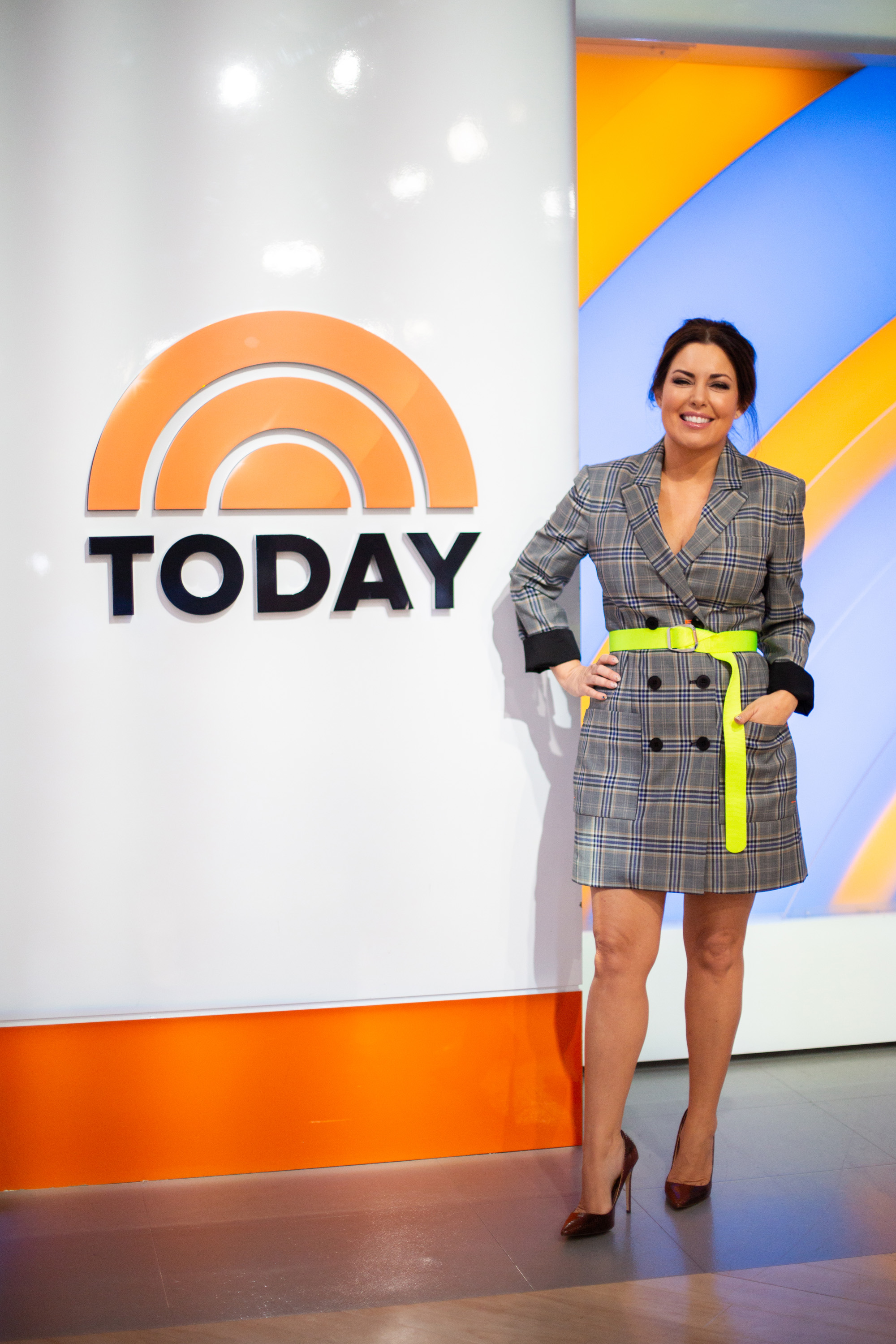 Bobbie said she was aware of the diagnosis before the two married in 2013.

She told Hoda: "It was always positioned as chronic and manageable. Deep inside, I knew that we may not be holding hands at 80, 90.

"But from all of the information we had gathered and the support we had, I thought we were looking at least 20-plus years down the road."

Bobbie also shared how Michael dealt with his disease and the couple tried to conceive a child, saying: "He was so sick while the focus was on my IVF, which was a joke compared to what he was dealing with.

"That was him. He was the epitome of grace. He treated every single nurse, patient caregiver, doctor, anyone with a smile and a 'thank you.'" 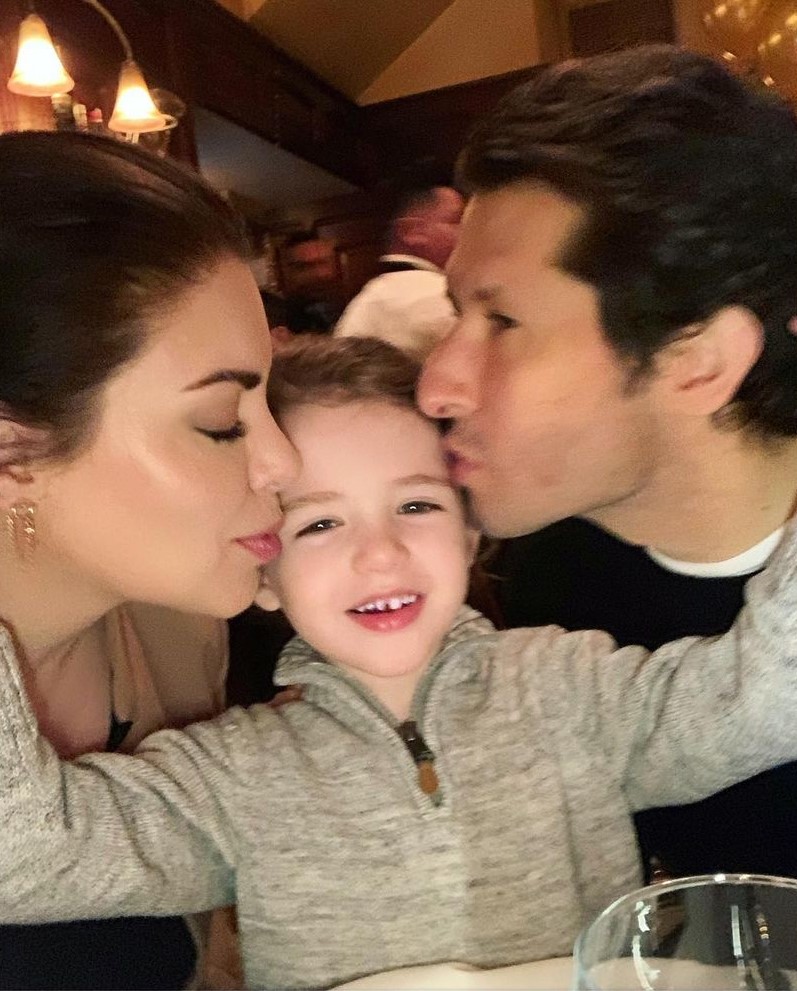 However, Bobbie also described how she lost Michael, recalling: "The very worst memory of my whole life was seeing his last breath, was having to look at his parents and his mom.

"I will never ever be able to love anyone more deeply, and I will do anything for his family and his sister. His parents are the strongest, and in the face of losing their son, they were there trying to console me."

Still she tries to focus on how Michael fought the disease, sharing: "Michael recovered, and it's so important that we focus on recovery, because Michael still over that year, he went from not walking, not talking to learning to talk again, getting out of his wheelchair and actually walking,"

"(He) was ready to return to work, and it was written off. I was told, 'I'm not sure Michael is aware, but I don't know if he'll ever return to work.' He was relentless in that. He was going to take care of us." 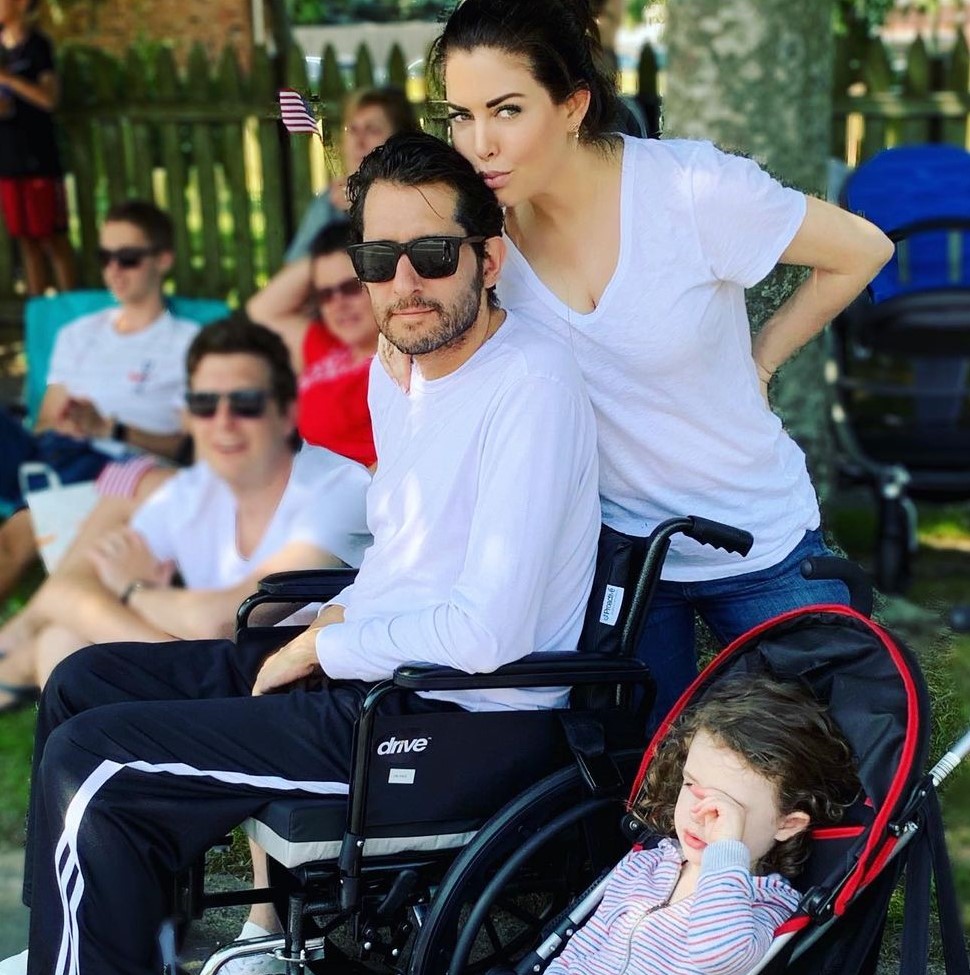 Bobbie also described the deep love she and Michael shared saying: "My favorite thing on any given random day, he would just look across the room and say, 'Hey, we have a really good thing, right?' And I'd say, 'Yeah.' … We were so deeply bound."

"I miss him so much. He was my person. … He had this easiness to him, and I was always stressing out, and he would just be like, 'It's OK.'"

Bobbie went on: "On our anniversary, there's a place that he at one point last year he just got out of the car, and I was, like, 'Where are you going?' And he has a cane, and he just walked by himself down to the water and back, and there's something about that spot on that beach. I just feel the wind blowing, it's like he's right there hugging me." 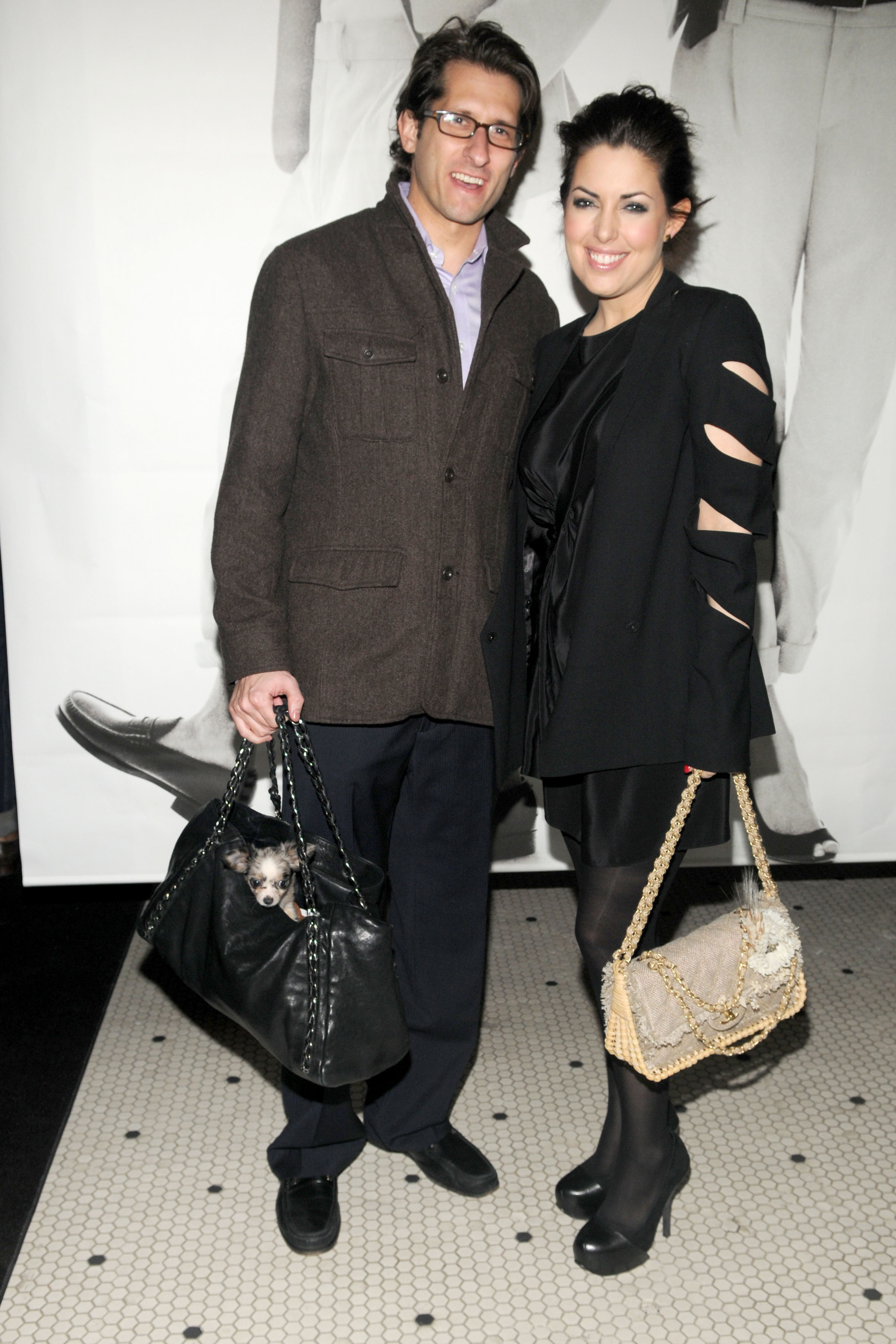 Still Bobbie says she wouldn't change a thing about her time with Michael.

She said: "If I could have him back at his worst … I would do it, because when you're truly in love, you care for someone else's wellbeing equal to your own.

"Instead of worrying about that I lost him, I think the little time he had, he gave to me. (I'm) really, really lucky."

Bobbie added she lives with both gratitude and grief for her situation noting: "I just want to sit on the couch with someone and watch TV or not have to think sometimes. I don't need to be told there was a silver lining or a bigger reason. There isn't. It sucks.

"There is no good about this. He is not here. My son does not have his father."

"That is OK for me to feel. At the same time, I'm also holding gratitude."