During Wednesday’s Good Morning Britain, the former Prime Minister is set to come face-to-face with his former press secretary and guest presenter Alastair Campbell. Blair’s last-minute appearance comes after Susanna Reid confronted Campbell during Tuesday’s GMB over the claims many people believe Tony Blair “lied” about the reasons for the UK entering into the Iraq war.

ITV is still yet to announce exactly what time Blair will appear on GMB, but confirmed his appearance in an advert which aired on Tuesday evening.

On Tuesday morning, the clash over the former Labour leader between the presenters came during a discussion with former Speaker of the House of Commons John Bercow.

The political figure argued Boris Johnson had told more “lies” in Parliament than any other Prime Minister that had served before.

However, Reid soon stepped into question Campbell over whether Blair lied about certain things during his time as Prime Minister.

Bercow began: “It was assumed and quite rightly that if somebody heard if a Prime Minister or Minister inadvertently [said something incorrect], that person would correct the record.

“Usually, without needing much coaxing to do so, those days are gone.” 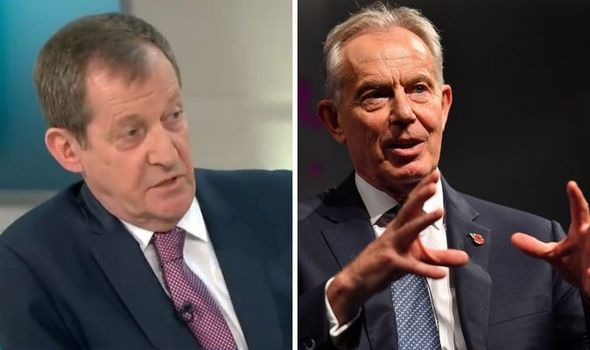 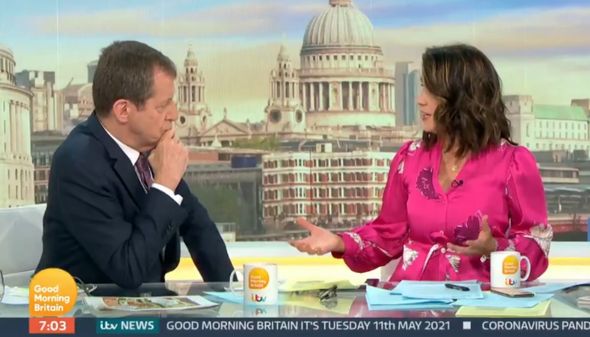 “They didn’t go when you [resigned], didn’t David Cameron or Theresa May ever, to your mind, behave in the way Boris Johnson has in terms of saying things that aren’t true and not correcting the record?” Campbell asked.

“No, is the short answer to that,” the former Speaker of the House of Commons replied.

“I served in the House of Commons alongside five Prime Ministers, four during my tenure as Speaker – Tony Blair, Gordon Brown, David Cameron, Theresa May and Boris Johnson.

“None of the four preceding Boris Johnson was in my judgement guilty of deliberately misleading the House of Commons.” 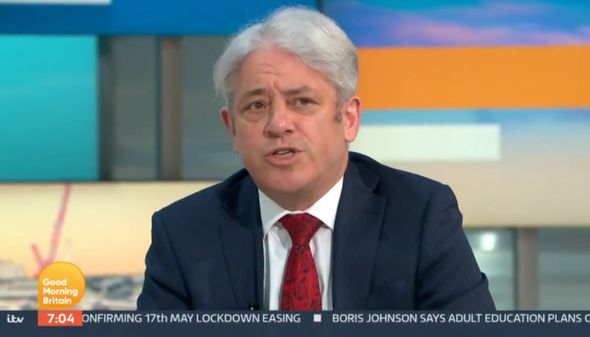 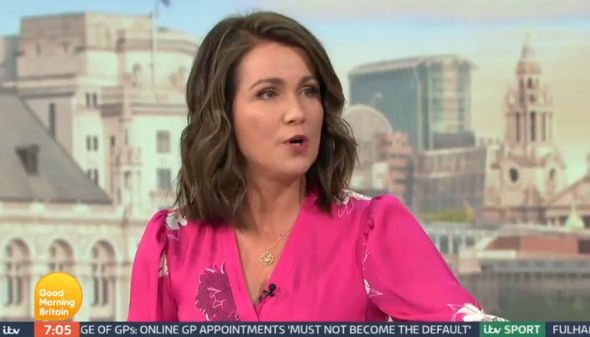 Interrupting the discussion, Reid argued: “Sorry, I just need to interrupt because people will be screaming what about Alastair, when Tony Blair told us about the reasons for going into war in Iraq and those turned out not to be the case.

“People will assume that there are things said in Parliament or politicians that every often turn out not to be true.”

“Hold on Susanna,” Campbell hit back. “Let me answer it, six inquiries none have found him, or for that matter me [guilty] and as you know, this is my point about this whole lying business, we get attacked over lies that were not told 18 years on.”

Reid went on to ask: “This guy can say something that isn’t true in Parliament a week ago and it’s already forgotten.

“What is it that you are saying that Boris Johnson lied about in Parliament?”

Campbell tried to deflect the discussion by turning to their guest to ask: “John, you’re the guest why don’t you go through some of the things he’s said.

Bercow replied: “Well, I can give you a number of examples. It is simply factual wrong for the Prime Minister to say the economy under this Conservative Government has grown by 73 percent. The figure is in fact 20 percent.

“It is wrong and provably so for him to say that they are 400,000 fewer families living in poverty, nobody recognises that statistic.

“It’s wrong for him to say that the Government does want to reintroduce the nurse’s bursary, which is simply isn’t the case.”

The debate certainly sparked a lot of reaction on Twitter, with many praising John Bercow for his response to Susanna.

A fourth tweeted: “John Bercow would make a brilliant replacement for Piers Morgan.”

Good Morning Britain airs on weekdays on ITV at 6am.