TOWIE's Chloe Sims has shared a rare snap of her daughter Madison's dad with fans on Instagram.

Chloe, 38, became a single mum to Madison at 18 after falling pregnant with her ex Matthew, who she was with for seven years. 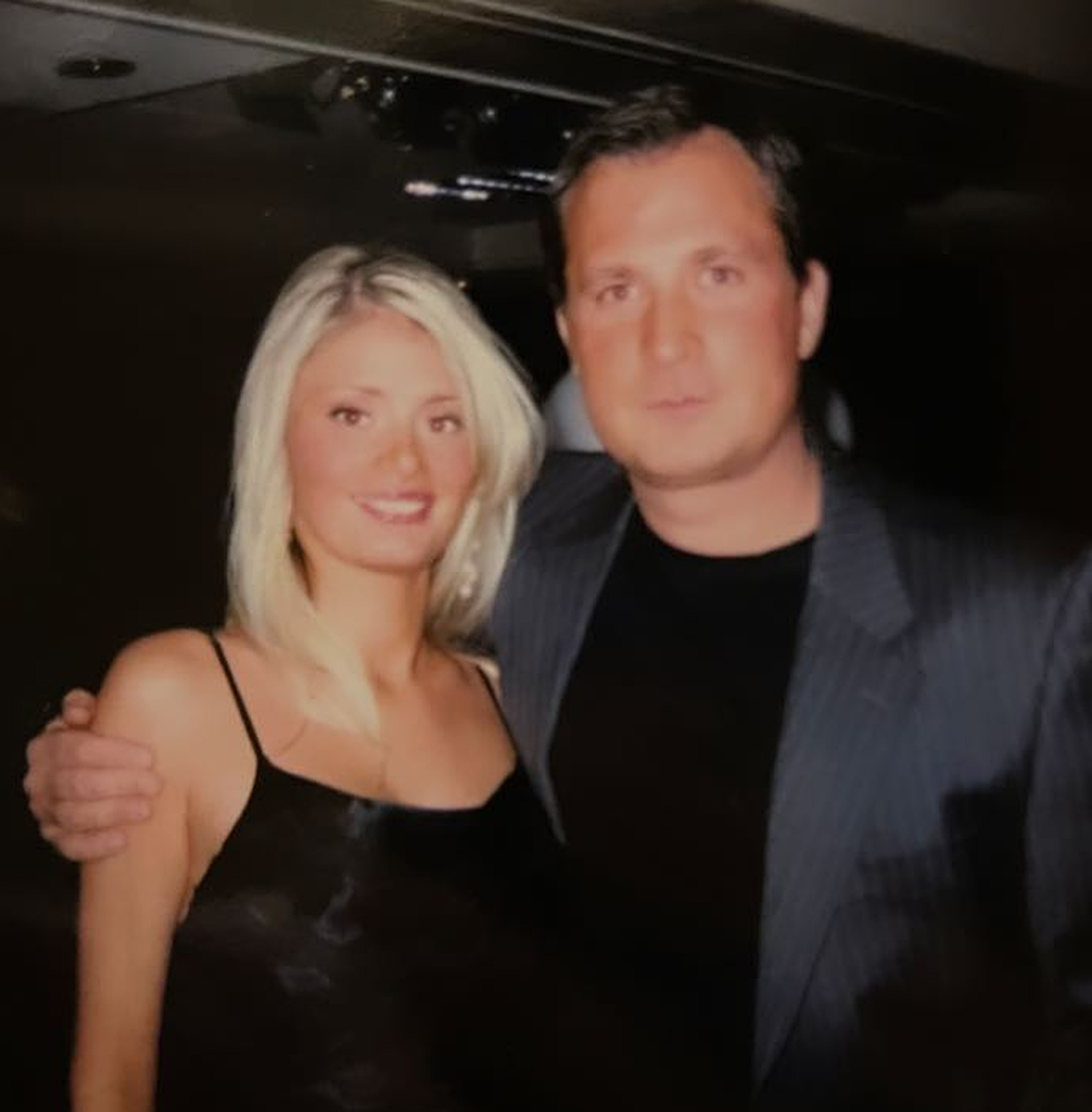 The reality TV star – who recently dissolved her lip fillers – spoke about life as a single parent to Maddie after a fan asked her the question: "How did you cope with being a single mum?"

And Chloe replied with a photo of her and Matthew from years before.

She wrote back: "You just do. Madison's dad and his family have always helped.

"We had our moments but we have remained very close. My family also really help me so I've been really lucky."

Despite rarely speaking about her former flame, and Chloe keeping her daughter out of the spotlight, she recently explained she maintains a relationship with Maddie's grandparents. 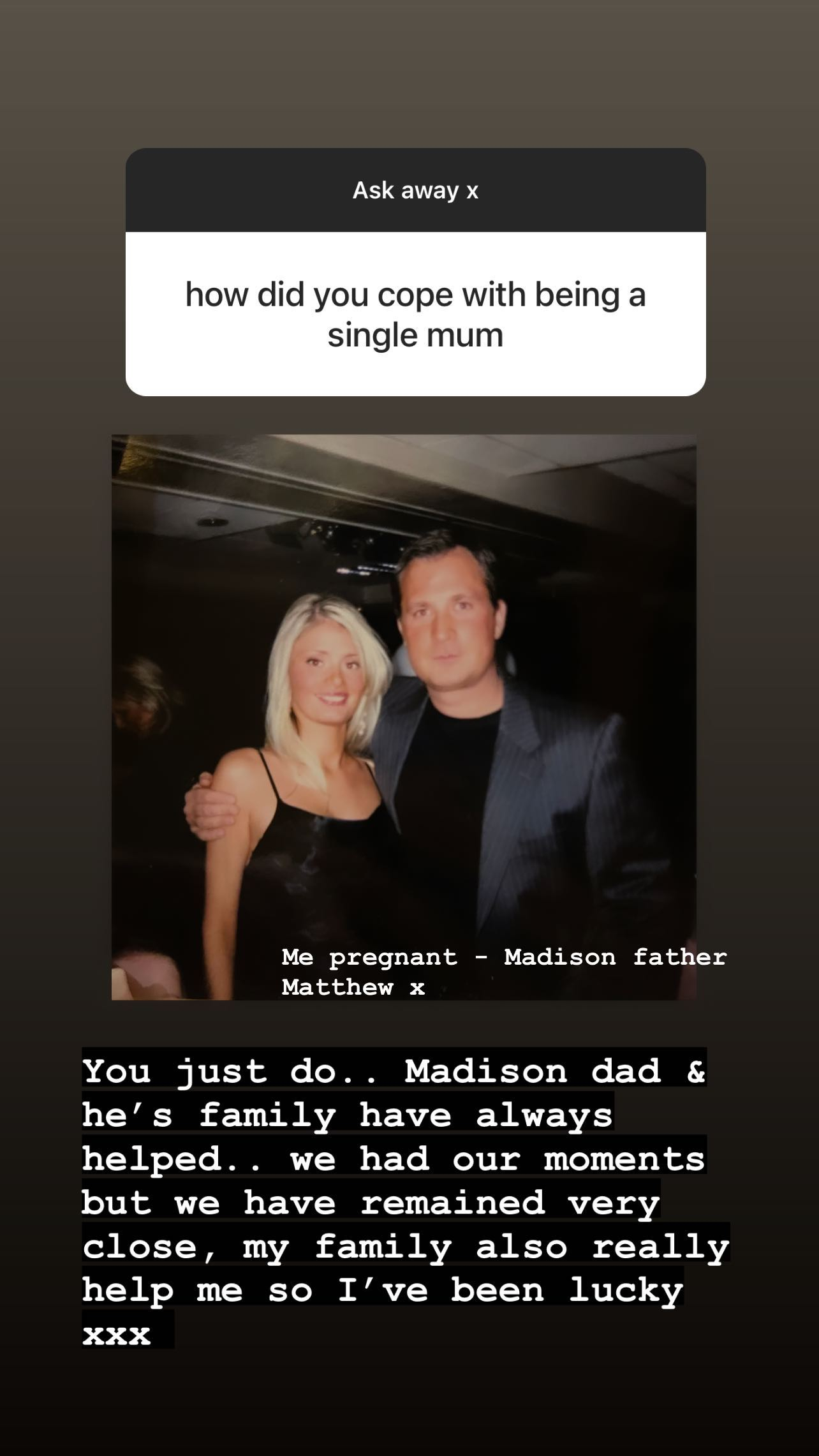 The reality star told New magazine: "I was with Maddie’s dad, Matthew, for seven years, but we ended up like brother and sister and that isn’t what I want.

"She has a good relationship with her dad. I’m very close to her dad’s parents. She is surrounded by people who love her."

Maddie recently made her Towie debut as part of the ITVBe Christmas special. 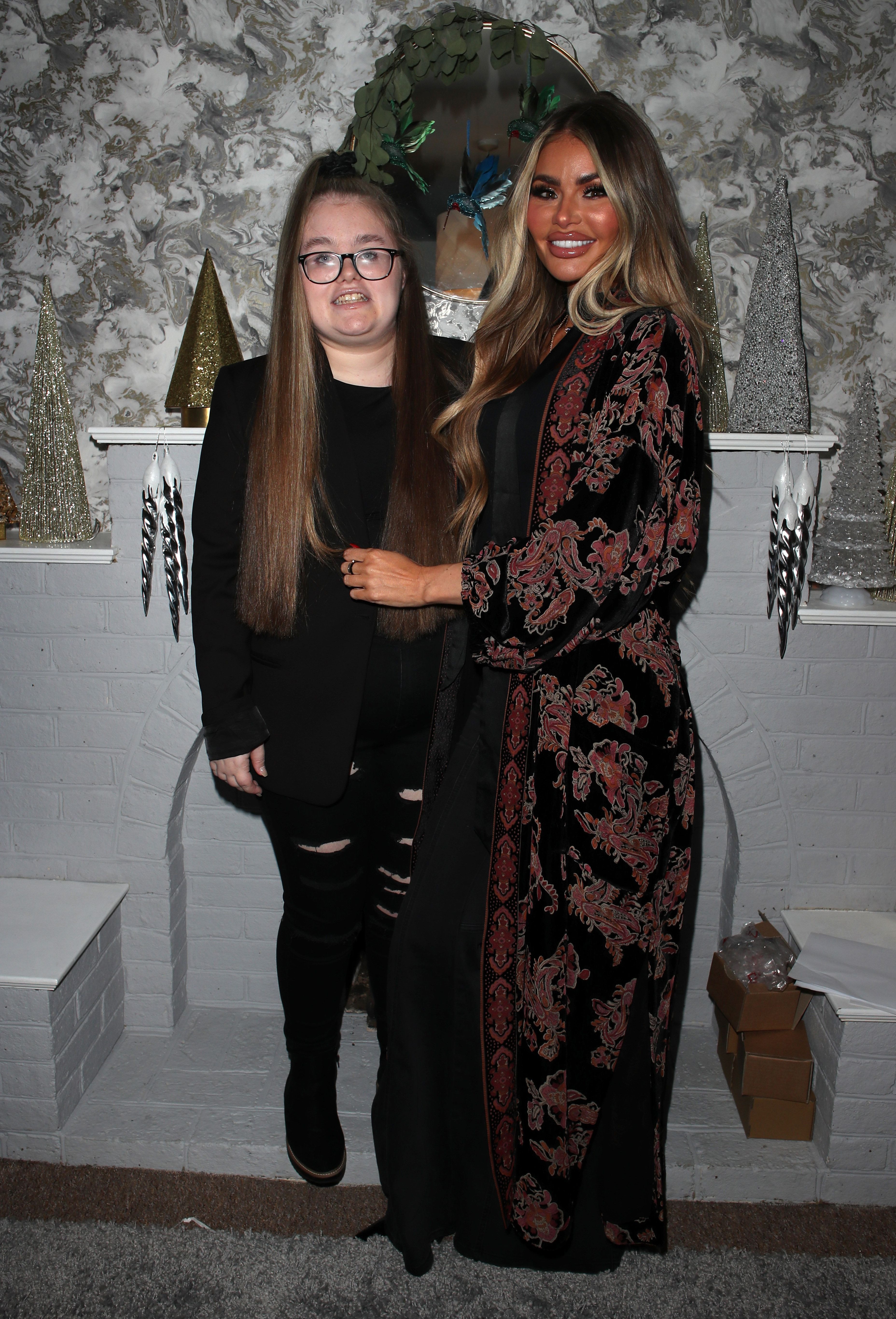 The teenager starred alongside her mum for the first time while discussing what she wants for Christmas.

Affectionately dubbed Maddie by mum Chloe, she stood in the kitchen alongside her aunties Demi, 22, and Frankie, 24, as well as her Nanny Linda.

"I want an iPhone 11," she sweetly told a doting Chloe, who joked back: "What do you think, I'm a millionaire?"

The youngster's cameo came to an end when the adults asked her to go to her room while her mum told her family about her romance with Pete Wicks.

Following the sweet scene, pictures of Chloe at the same age re-emerged on social media, showing her looking like her fresh-faced daughter. 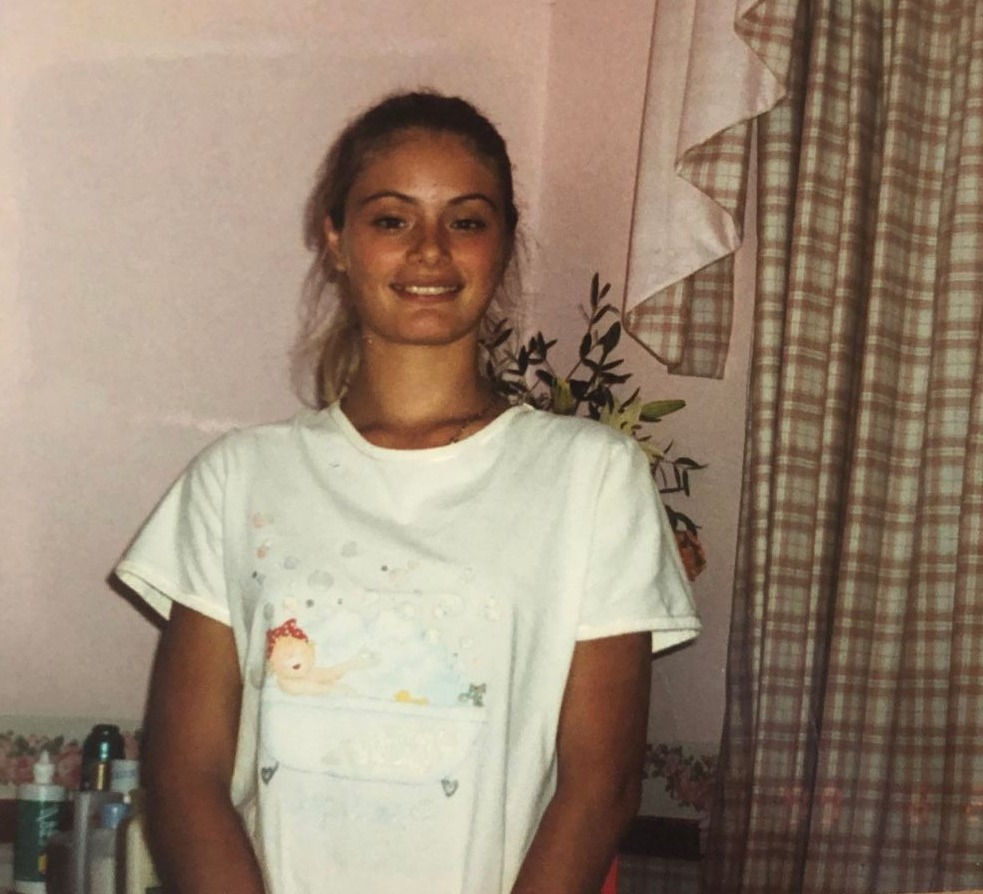 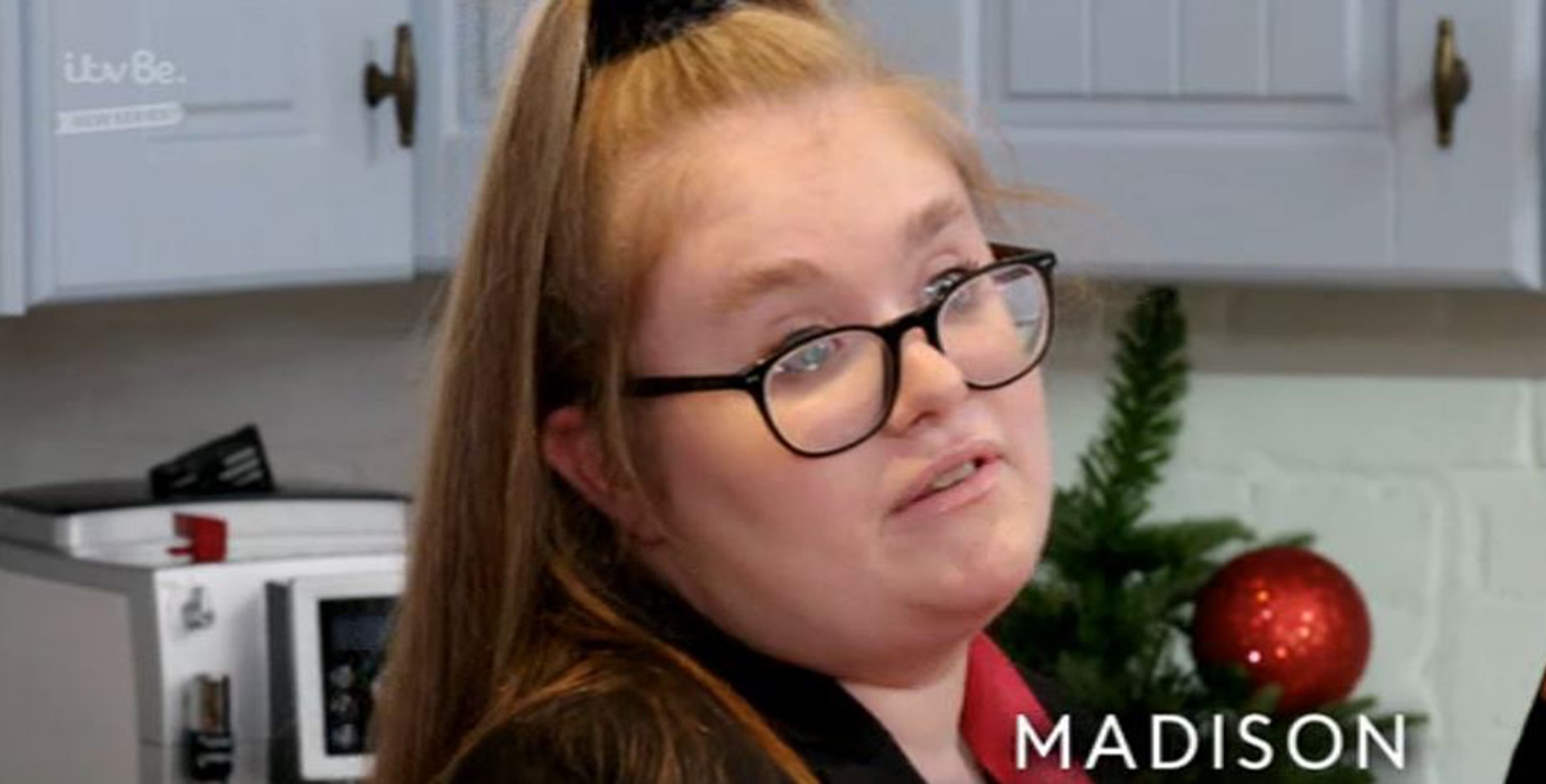 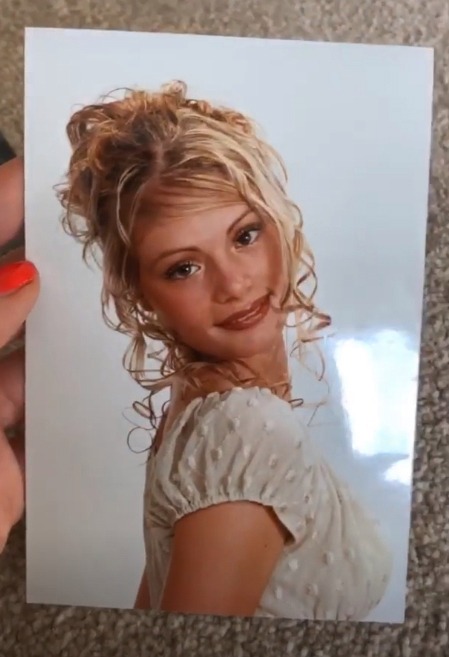 In one photo, the then-teen Towie star smiled in her pyjamas, with her hair tied back and free from make-up.

Another saw the now 38-year-old taking a modelling headshot, turning her smiling face towards the camera as her hair fell in classic 90s curls.

A world away from the contour and hair extensions, Chloe looks totally different as she beams in the pictures.