Tom Hanks is well known for his roles in critically acclaimed films such as Philadelphia and Saving Private Ryan, but he’s had the longest run with Disney’s multibillion dollar film franchise Toy Story. After starring in the first Toy Story film in 1995, Hanks went on to work on three sequels, with the last being released in 2019.

Over the years, Toy Story has developed a cult following. Fans who grew up watching the movies have a strong attachment to the franchise, and some tend to show their love in some strange ways.

One of those ways is getting characters, images, and names tattooed on their bodies, which Hanks is often impressed by. 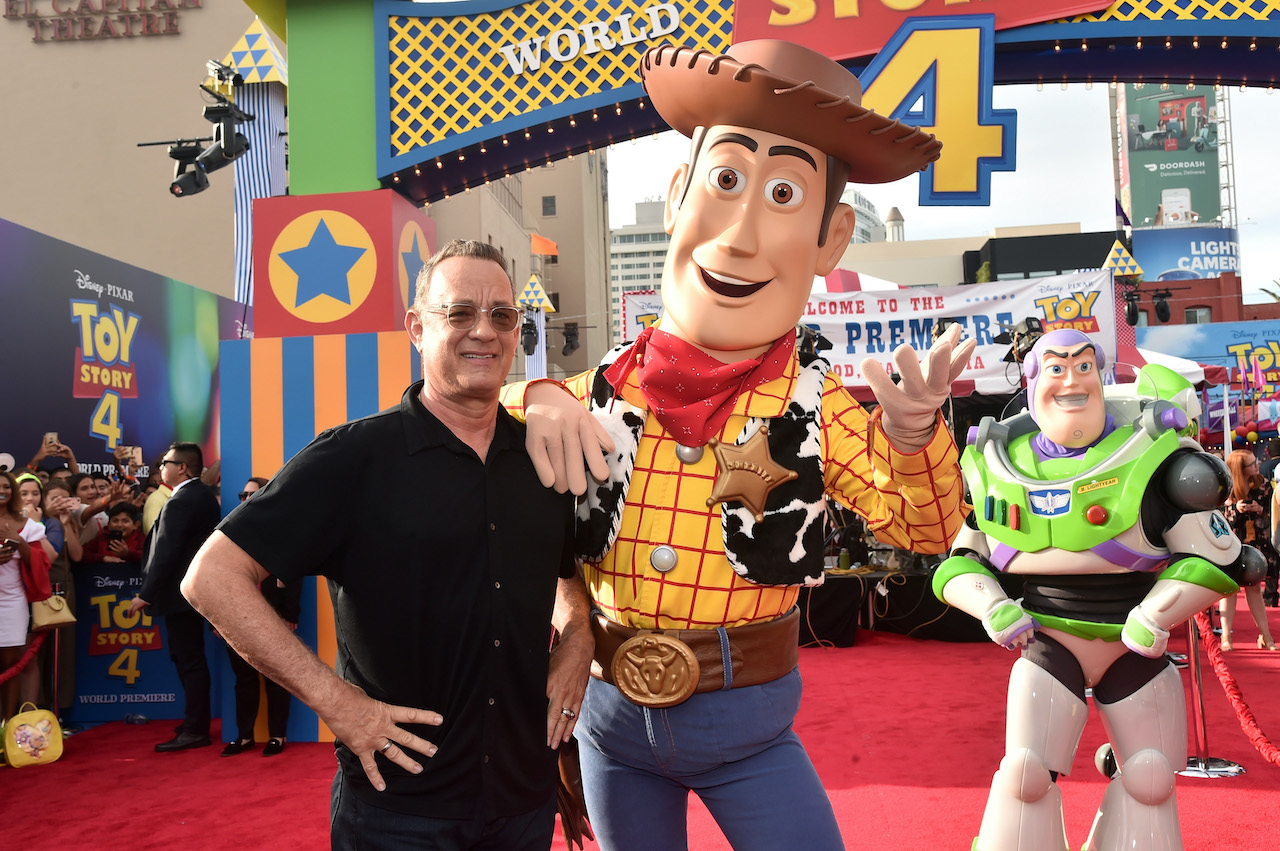 “I mean, I’ve seen some legs and some arms, there was a young woman … she had a sign [that said], ‘I have Woody tattooed on my leg.’ I said, ‘Hey, that’s taking one for the team, bravo’” Hanks said.

Even though the leg tattoo was impressive, Hanks was truly blown away when he saw a fan with a rather large tattoo of Woody on his stomach.

“But I came across a fellow in Indiannapolis who had Woody—and not just—I mean Woody that took up his whole stomach,” Hanks said. “I said, ‘Now that’s a fan that I both admire and might want to avoid on occasion, depending on maybe time of day.”

Hanks finds the fan’s decision amusing, but he also has a few questions about the choice.

Later in the interview, host Ali Plumb mentioned that he’s seen a fan with a tattoo of the name “Andy” on the bottom of his foot, which Hanks couldn’t understand.

“I don’t have any tattoos, but I understand it can hurt,” Hanks said. “And I think on the sole of your feet, that’s somebody hell bent on having a tattoo—which no one will ever see, am I wrong? I mean, how do you show that off? You gotta take off your shoe and… ‘Hey, wait a minute, I got something.’”

Upon its release, Toy Story made history by becoming the first fully computer-animated feature film. Viewers of all ages loved the film, and every film has received universal acclaim from critics.

In the same interview, Hanks revealed that although nobody knew how the world would receive Toy Story, he knew he was signing on to something special when Disney first offered him his role.

“There were two things about it,” Hanks said. “One, it was like, ‘I’m not sure what this is.’ The computer-generated animation, itself had a look that was hyper-real. But then also, the marriage of the outraged voice of mine inside this outraged body of a toy was—I mean, it was just undeniably great. So I was in from the get go. They invited me over to sort of like, explain this odd, unknown quantity of something that may or may not work. I said, ‘Well, it looks fine to me, let’s do it.’ And thus it began.”