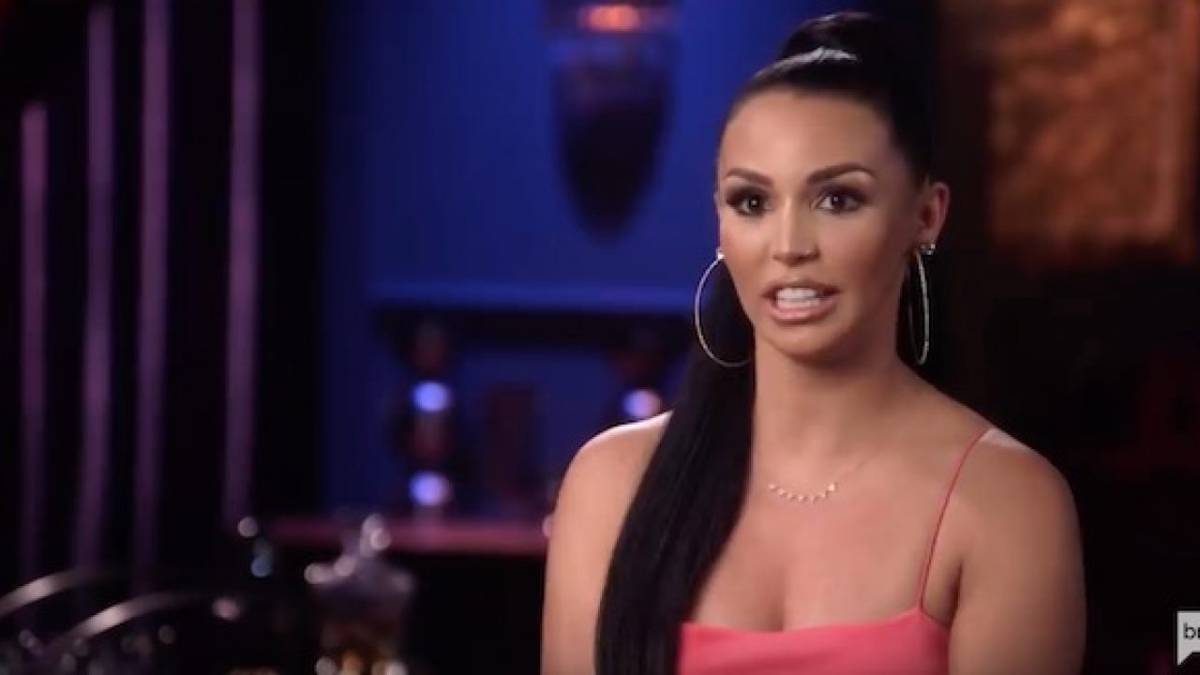 Scheana Shay took the title her Vanderpump Rules costars and fans used to taunt her with — boy crazy — and turned it into a merchandise brand.

The Good as Gold singer tweeted a sneak peek of some of her new Boy Crazy merchandise on Friday.

She also added a picture of herself and former Pump Rules costar Max Boyens modeling some new merchandise.

Scheana and Max sat on a cement wall in the promotional photo in front of a beach backdrop.

Scheana wore a denim jacket pulled down to reveal her bare shoulder and black leggings.

Max wore a simple black T-shirt and shorts with sunglasses and a skateboard to complete the look.

They both sported BOY CRAZY beanies highlighted by the text above them that read “BOY CRAZY MERCH LAUNCHING 10.21.”

Fans replied in favor of Scheana’s new merch and commended her for taking the negative title and spinning it into something positive that she can profit off of.

“I love that you’re leaning into this with something positive!!” one fan wrote along with a double heart emoji.

“Very on-brand. Leaning into it. Love this for you~” another fan commented.

She teased her collaboration with Max for her new Boy Crazy line during her interview on #NoFilter Podcast with Zack Peter.

“Max and I are super close. He’s actually spending the night tonight! We’re doing a photoshoot tomorrow for my Boy Crazy line,” she revealed.

She also had said that she and Max have become close but failed to mention her former crush, Brett Caprioni.

This comes as a surprise considering she and Max did not get along during the most recent season of Pump Rules.

Max constantly blamed Scheana for trying to sabotage his and Dayna Kathan’s relationship and accused her of meddling too much in his good friend Brett’s love life.

Will Scheana and Max return to Pump Rules?

Max was already fired from the show after racist tweets from his past resurfaced. Brett, Stassi Schroeder, and Kristen Doute were also apart of the massive firing over racism allegations.

Scheana is seemingly still part of the show after reassuring fans she had not quit the show in June.

“Y’all just bc I’m moving now, does NOT mean I’m quitting the show. I love my job!!” Scheana tweeted at the time.

“We aren’t filming right now. SUR/LA is closed. I’m wasting so much $ on rent and I’m lonely all the way out in PS. It just makes sense. Once work opens/picks back up, I will too have an apt in LA!”