Victoria Derbyshire says she didn't tell her kids about diagnosis

Victoria, 52, joined Susanna Reid, 50, and Martin Lewis, 49, in the Good Morning Britain studio to talk about her breast cancer diagnosis. The journalist was told she had breast cancer in 2015 after noticing her breasts were hanging lower and the nipple had become inverted. She has since had a single mastectomy and underwent a year of chemotherapy to become rid of cancer. However, she and husband Mark Sandell, didn’t tell their two sons to begin with as the presenter feared she was going to die.

Speaking with the presenters of the ITV news show, Victoria explained of receiving her diagnosis: “We were just asking questions. We’re journalists, we just asked for loads of information.

“When we got outside the surgery, I just cried and I was cross and I swore and I said, ‘This is a joke. I haven’t got time for breast cancer’.

Explaining why she didn’t tell her sons, the mother-of-two shared: ” Our boys were eight and 11 at the time. 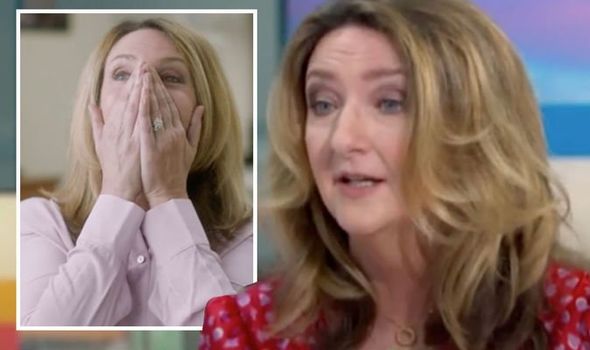 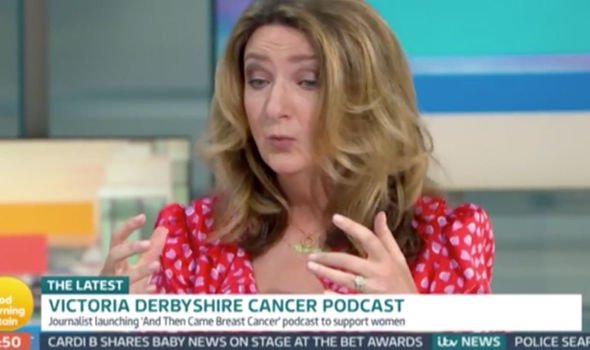 This is something the journalist has discussed in the past and she spoke about possibly leaving her husband as a single father of two if she died.

Speaking in a special BBC programme entitled, Dear NHS Superstars, the journalist became emotional as she thought of the prospect of leaving her family.

After going through her treatment, the presenter went for a check-up and told her medical professionals she had been suffering from dizzy spells.

The doctor recommended she went for a CT scan to make sure the cancer had not spread to other parts of the body. 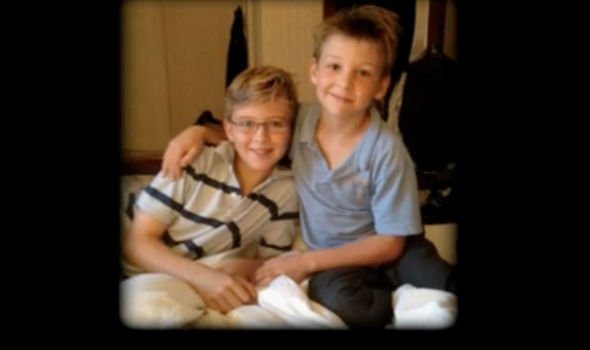 Didn’t know if I was going to die or not

As she waited for the results, Victoria said she was terrified and explained: “I got home, and I said to Mark, ‘You might have to bring up the boys on your own’.”

Thankfully, 45 minutes later, the doctor rang the mother-of-two to give her the good news the cancer hadn’t spread.

The journalist shared: “My mobile rang and I thought: ‘Okay, this is it.’ I took a deep breath and answered.

“He was really brief, he said: ‘Hello Ms Derbyshire, it’s Demitrios. The cancer hasn’t spread to another part of your body.” 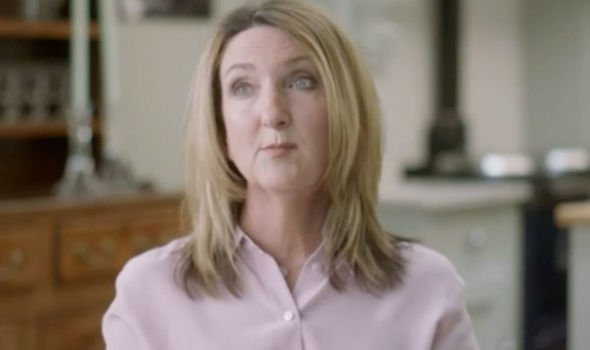 “I just shouted down the phone, ‘Oh my god, I love you’,” she continued and although the cancer had not gone by this point, it was a light at the end of the tunnel.

In 2017, the presenter announced she was no longer living with cancer after gruelling treatment and whilst she was in the I’m A Celebrity…Get Me Out Of Here! castle, she spoke about her diagnosis.

The presenter recalled discovering there was something wrong as she said: “So I was going to bed on a Sunday night and getting undressed in the bathroom, I think I’d had a bath, and I just looked in the mirror and my right breast was about two inches lower than my left.

“I knew that wasn’t how I normally looked. Not only that, the nipple had become inverted so it was as though someone was pulling it backwards, do you know what I mean?”

“Honestly, I thought, oh, that looks weird, oh, I’ll just sort that tomorrow. I did not think anything. I didn’t,” she continued.

“I know, and five days later it was confirmed that it was breast cancer. It was all over. It was disparate.

“It wasn’t a lump. It was like, how would I describe it, if you had loads of string all messed up it was like that, sort of long bits, it was all over the place.

“It wasn’t a solid lump which is why you need all that chemo and then targeted radiotherapy,” the journalist explained.