Vikings: Gunnhild swims out to sea to ‘be with Bjorn’

Vikings season six, part two, arrived on Prime Video back in December 2020 and fans were curious to discover the fate of Bjorn Ironside (played by Alexander Ludwig). Many believed he had died during the first round of the Rus battle, but he miraculously lived to fight another day and fooled Prince Oleg (Danila Kozlovsky). His body was preserved in a tomb, which was visited by his two wives, leaving fans curious to know what happened to him.

How was Bjorn Ironside’s body preserved?

Viewers were shocked to see the show’s hero, Bjorn, die in one of the very first episodes of the final season.

The son of Ragnar Lothbrok (Travis Fimmel) had been severely injured during the Rus battle, and he did not have long left to live.

He came up with a plan to lull the Rus Vikings into a false sense of security, by making them believe he was dead.

When Prince Oleg and his men returned to finish off the battle, Bjorn emerged and wielded his sword one last time.

Sadly, he was shot down by a number of arrows, and fans were forced to accept his tragic fate. 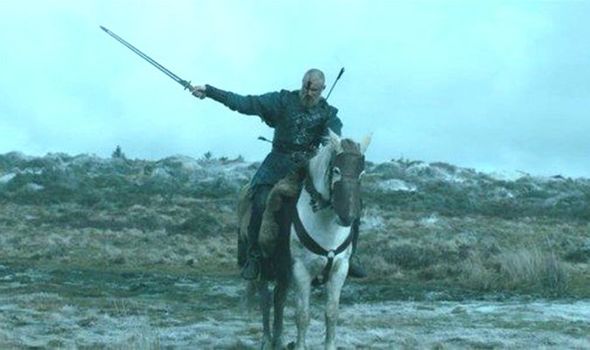 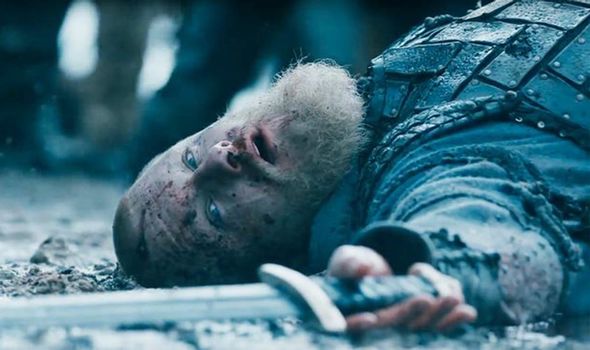 His body was somehow preserved and was stored inside a tomb high up in the mountains.

An incredibly lifelike figure of Bjorn riding his horse stood in the centre of the tomb, and he was brandishing his sword as if he was about to ride into battle.

Both of his wives, Gunnhild (Ragga Ragnars) and Ingrid (Lucy Martin), had visited his tomb to grieve.

Fans have since taken to Reddit to discuss how the uncanny “statue” of Bjorn was created, with some believing his body may have been “stuffed”.

Prudent_Measurement said: “Did they stuff Bjorn? In his ‘grave’ you see him on a horse holding up a sword… does that suggest they stuffed him? Or a wax figure?” 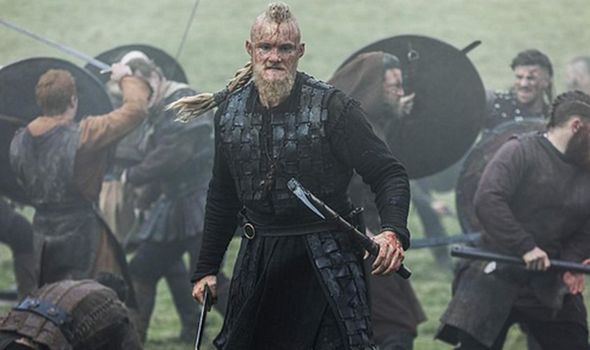 Sev1nk suggested his body had been supported, saying: “I think he’s being propped up somehow and you can see the chain holding his sword arm.

“His body appeared thinner when Gunnhild entered his barrow, so that might indicate he wasn’t preserved or stuffed.”

Other fans seemed to agree with the theory his body had been tethered in a certain position using ropes or chains, and wooden frames.

Phantomheart added: “His arm definitely was held up with a chain, holding the sword up. I’m pretty sure it is actually him, as that looks like a burial mound.”

Some have suggested the figure was a clay statue, rather than the real Bjorn Ironside.

DON’T MISS…
Vikings season 6 part 2: Why did Gunnhild have to die? [INTERVIEW]
Vikings season 6: What does Skraelings mean? [INSIGHT]
Freydis Vikings actress: What did Alicia Agneson think of Freydis? [EXPLAINER] 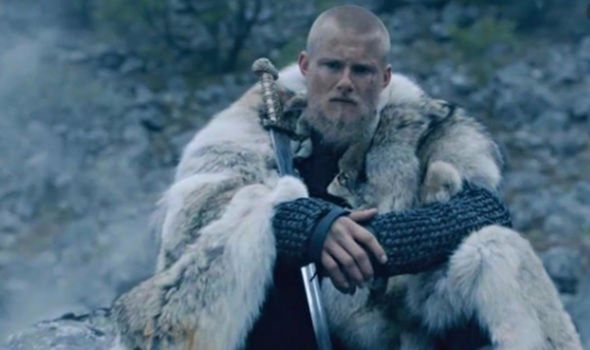 The truth is, there is no knowing for certain what happened to Bjorn after he died, as there does not seem to be any mention of the process in the series.

The mystery has left fans curious, with some wondering whether his preserved body was a sign that he could never die in spirit.

He was given the nickname, Ironside, due to his ability to walk away from battles unscathed.

Whenever he was injured on the battlefield, he would always find the power within himself to make a full recovery.

Some fans believe his body was embalmed, however, there is not much evidence of Vikings using embalming techniques to preserve their dead.

JaneDoeNew said on Reddit: “Bjorn can’t be killed. So it seems like the viewer is purposely left to wonder (and be spooked a little) about how Bjorn remains intact without decomposing.

“There’s an imposing, surreal, quality about it. It seems sort of implied that there’s something otherworldly about Bjorn.”

Actor Ludwig said his character’s death had been a bittersweet moment as he was sad to say goodbye to his Vikings family.

He said on Instagram: “This is it. The final season is now streaming on Prime Video. So proud of our incredible cast and crew.

“Thank you to everyone who has supported us on this incredible journey. It has been the greatest honour of my life working on this show. See you in Valhalla.”