Vikings season six part two is the final instalment in the Vikings story, and the series has been airing on History and Prime Video. In the first half of season six, fans saw Hvitserk (played by Marco Ilsø) miraculously join forces with his evil brother Ivar the Boneless (Alex Høgh Andersen), who had previously killed his girlfriend. Fans are wondering whether Hvitserk will get revenge on his brother by betraying him during the Rus battle.

Will Hvitserk betray Ivar in a revenge attack?

The first half of season six gave viewers plenty of surprises, with a number of the characters’ fates left hanging in the balance.

The Rus battle kicked off with Ivar joining Prince Oleg (Danila Kozlovsky) on an attack against the Scandinavian Vikings, and Ivar ended up stabbing his brother Bjorn Ironside (Alexander Ludwig).

King Harald (Peter Franzén) was also severely injured and fans are wondering whether he, along with some other main characters, is still alive.

The History Channel revealed how in the second half of season six, Bjorn emerges and is very much alive, much to the surprise of Ivar.

In the trailer, Hvitserk says: “I told you Ivar, you cannot kill him”, and fans believed he was referring to Bjorn. The season is yet to really explain why Hvitserk had a change of heart and decided to join Ivar. 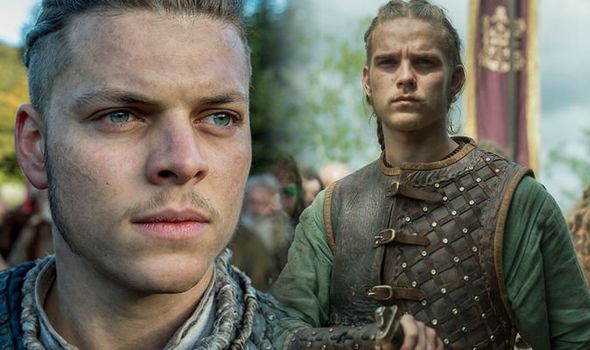 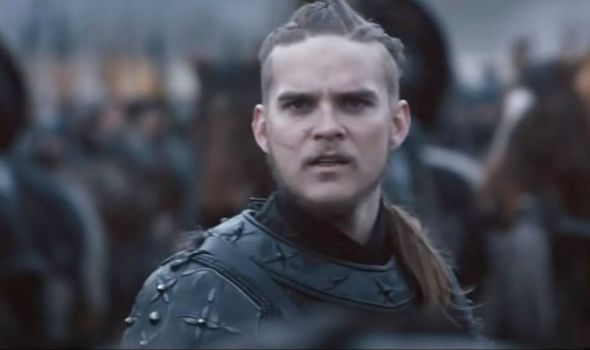 Some fans believe Hvitserk is planning to kill Ivar, and the show’s writer Michael Hirst has suggested a similar storyline for the characters.

OSSA Movies posted some predictions as to what may happen in the final episodes of Vikings, and they said many people had been left baffled when they saw Hvitserk and Ivar team up.

Hirst has said Hvitserk is driven by his choice to avoid joining his other brother Ubbe (Jordan Patrick Smith), so he has no choice but to team up with Ivar.

Ivar was at first left perplexed at how Hvitserk would want to follow him on his journey, despite everything Ivar has done to Hvitserk in the past.

OSSA Movies quoted Hirst as saying: “They both come to feel that the gods mean one of them to kill the other.”

They have questioned whether Hvitserk has forgiven Ivar for what he did, now his character has seemingly matured, or whether he is plotting his revenge. 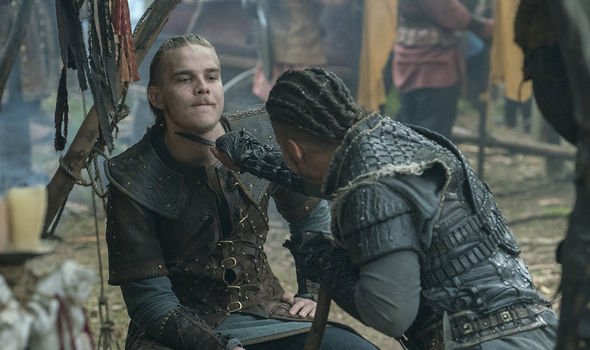 Hirst also spoke to TV Guide about the ending of the series and he promised an extraordinary close to Hvitserk’s journey.

Fans have no idea who will kill who in the second half of the season, but if Hvitserk was to kill Ivar, it would definitely be considered as an act of justice for his dead girlfriend Thora (Eve Connolly).

While some believe Hvitserk plans to kill Ivar, others have a different ending in mind as they see Ivar sacrificing himself for Hvitserk in an act of redemption.

In a deleted scene from the series, Hvisterk asked The Seer (John Kavanagh) about Ivar’s future, and he responded and said Ivar’s death would not come as a surprise to him.

With this in mind, it seems Ivar may be prepared to die, and he may make a decision as to how his death comes about – for example, sacrificing himself for one of his brothers. 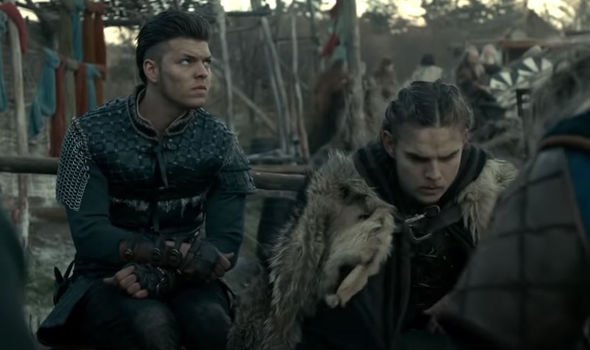 Fans have taken to Reddit to discuss Hvitserk’s journey throughout the series, and they have questioned what his motives will be in the final half of season six.

AgusGiampa said: “I didn’t get Hvitserk this season. The thing he wanted the most was to kill Ivar. So much so that he killed Lagertha thinking it was Ivar. “So, why did he not kill him when they reunited? Seems weird.”

Fans have yet to see Hvitserk show any hostility towards Ivar since he reunited with him, so viewers are confused as to what his ultimate goal is.

Some fans believe by killing Lagertha (Katheryn Winnick), Ivar has settled the dust with Hvitserk as he wanted her dead.

Queen_of_the_night18 said: “He ‘solved’ his problem with Ivar when he killed Lagertha. He killed the snakey Ivar that tormented him and accepted that his role is to be siding with Ivar, not making a better world as Ubbe and Bjorn wanted.

“In Ubbe’s and Bjorn’s world Hivtserk has no role to play. With Ivar he is his older brother and the one person Ivar truly loves. Ivar loves Hivtserk, now more than ever.

“With Ivar he has only to embrace his destructive side and no one would judge him. In short, Hivtserk took the shorter road and gave up trying to be good.”

Other fans have noticed how Hvitserk has become more of a threat across the later seasons, and his character is becoming unpredictable.

With this in mind, there is every chance Hvitserk could take the opportunity to lure Ivar into a false sense of security before killing him.