Home » TV and Movies » Vikings vs Game of Thrones: Do Vikings and GOT cross over? Star speaks out

Vikings vs Game of Thrones: Do Vikings and GOT cross over? Star speaks out

Vikings is taking a mid-season break on Amazon Prime Video and History, and the series is now in its sixth season. The historical drama is loosely based on Norse history and mythology, and it tells the story of Ragnar Lothbrok (played by Travis Fimmel) and his sons. Fans are wondering whether there is a connection between Vikings and the fantasy series Game of Thrones.

Do Vikings and Game of Thrones cross over?

Fans of Vikings have noticed some medieval links with Game of Thrones and they are keen to find out if the two series cross over.

Some viewers have compared the notorious Viking king Ragnar to fan-favourite Jon Snow (Kit Harington) in Game of Thrones.

Clive Standen, who plays Rollo in Vikings, has spoken to Fox News about the comparison, which he said was “a bit unfair”.

The former warlord, who later became the Duke of Normandy in Vikings, said Ragnar does not return to the series like Jon Snow.

He said: “Vikings isn’t Game of Thrones. You know, this is history. In history, everybody dies. When you’re dead, dead means dead.” 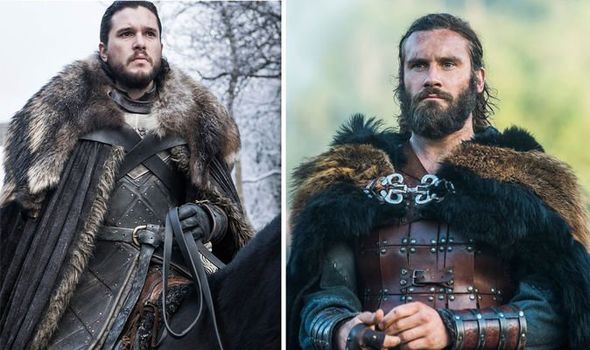 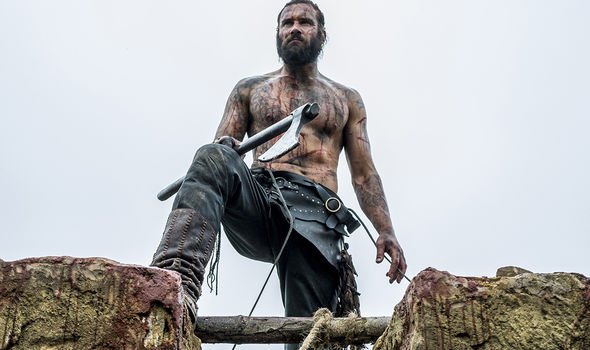 One of the most iconic Game of Thrones moments is when Jon Snow comes back to life having been stabbed.

Melisandre (Carice van Houten) used the power of the Lord of Light to resurrect the bastard son of Eddard Stark (Sean Bean) and Lord Commander of the Night’s Watch.

Fans were hoping the same could be said for Vikings, as they could not believe it when Ragnar died in season four.

He was thrown into a pit of poisonous snakes and fans were hoping he was still alive, or he would come back resurrected.

However as the series is not a fantasy, there is no magic that can bring him back from the dead. 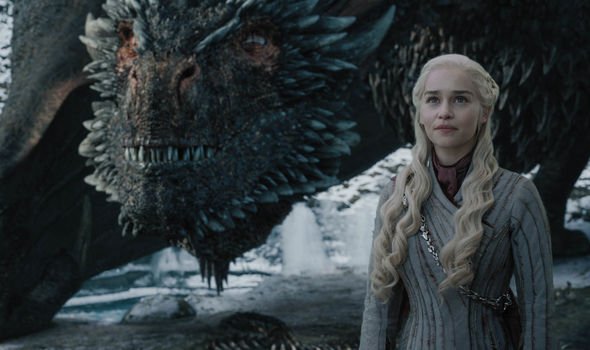 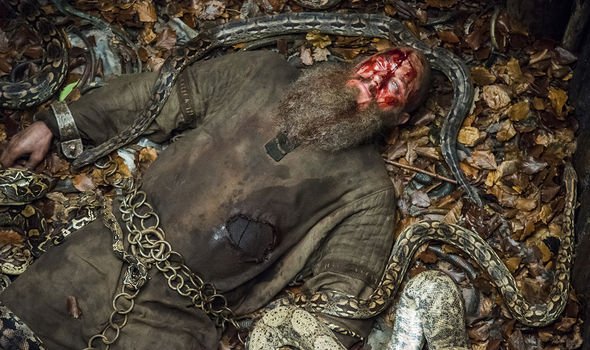 Standen said: “Game of Thrones is a fantasy show. It has dragons and things. It all comes from the imagination of one man’s mind.

“Whereas Vikings is a historical drama. It’s documented in history. It’s a very, very broad spectrum of history.

“But… these are all real characters that lived and breathed and walked the earth. They’re all worthy of the history books.

“Michael Hirst obviously spins his writing imagination to kind of put it all into one TV show. We’re not going to have flying dragons around.”

Hirst, the creator of the series, is a keen historian and his specialist subject is the history of England.

There are some similar themes in the two series, for example, the fact both focus on a battle for power amongst different groups.

In the latest season of Vikings, Bjorn Ironside (Alexander Ludwig) and King Harald (Peter Franzén) go head to head with other hopeful leaders in a vote to decide who should be king of Norway.

There are also some fantasy elements to Vikings, as the series is also based on mythology and Viking sagas.

Norse gods are mentioned throughout the series and there are numerous references to Valhalla, as Vikings really did believe their gods walked among them.

Standen praised Vikings as it is “the first time Viking history has been done justice”.

The Guardian published an article saying how Vikings was “equal” to Game of Thrones, until the main character Ragnar was killed off.

Fans have taken to Twitter to share their thoughts on both series, with one fan saying: “To me, Vikings is far better than Game of Thrones. It’s more action-packed and unpredictable.”

Another fan said: “There is never a boring season nor episode in Vikings, GOT is just over-hyped.”

However, some fans prefer Game of Thrones, saying Vikings went downhill following the death of the main character Ragnar.

One viewer said: “The fact that GOT is fiction blows my mind every day, how did someone make up all that and sell it so well you think it all really happened?

“Vikings never came alive to me, the way the characters carried their roles was really poor.”