Home » TV and Movies » Vikings: Who is King Aella of Northumbria? Was King Aella a real Saxon King?

Vikings is the historical drama series which tells the story of Viking legend Ragnar Lothbrok (played by Travis Fimmel) and his sons. Ragnar had many enemies, most famously King Aella (Ivan Kaye) of Northumbria. Express.co.uk has everything you need to know about the ruthless Saxon King.

King Aella was a real Saxon King, who ruled in the mid 9th century until he died in 867.

He is believed to have succeeded Osberht in 862 or 863 after he was deposed, but the date of Aella’s accession to the throne has not been recovered in contemporary sources.

Aella was the King of Northumbria and his reign is mentioned in the Anglo-Saxon chronicle and various Norse sagas but despite this, very little is known about his life.

Aella was succeeded by Ecgberht (Linus Roache) who was appointed as King of Northumbria by the Vikings.

In the TV series, Ecgberht is portrayed as Aella’s son but in reality, this was not true. However, it is believed the real Aella had a daughter named Aethelthryth.

READ MORE Vikings: Why did Josefin Asplund leave the series? 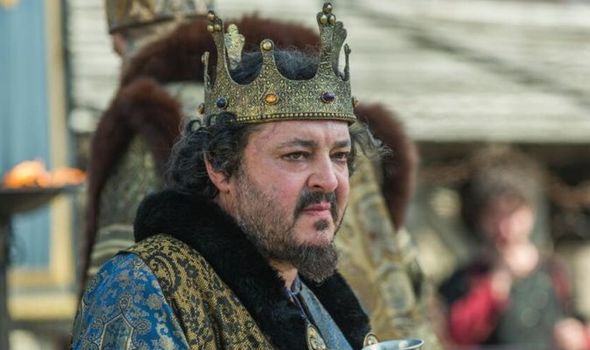 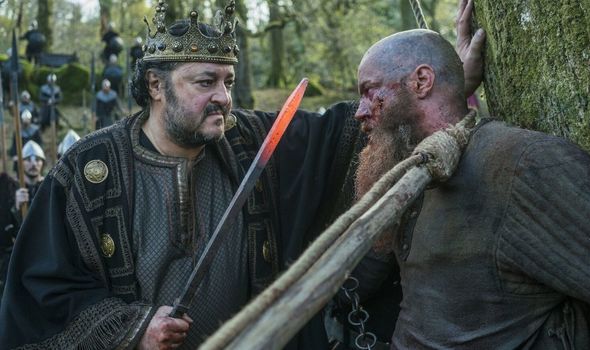 In Vikings, King Aella is portrayed as the evil Saxon King of Northumbria who at war with Ragnar Lothbrok’s invading Vikings forces.

He was even behind the execution of Ragnar in season four, episode 15.

According to various historical sources, the real King Aella was actually responsible for the death of Ragnar.

Norse Sagas detail how Aella captured Ragnar and threw him into a pit of poisonous snakes, resulting in his death.

In the series, Aella was killed by Ragnar’s son’s Bjorn Ironside (Alexander Ludwig) who had invaded Northumbria to avenge his father’s death. 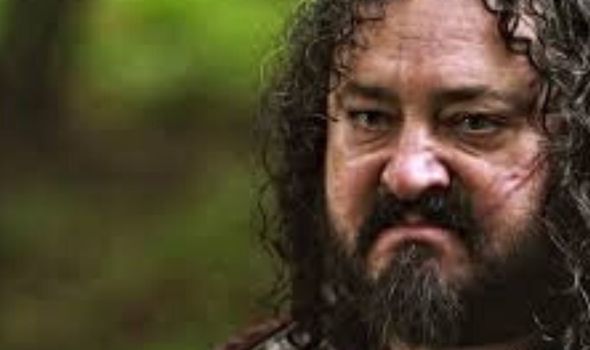 Whether Aella was killed by Ragnar’s son’s is a matter of historical debate today.

Many Norse sources, such as the Ragnarssona þáttr, claim that Aella was tortured by Ragnar’s sons and executed by the blood eagle method, as depicted in the TV series.

He said: “The capture and blood eagle took a day and a night [to film].

“I was dragged through puddles and filth, it was below freezing and some overzealous Vikings were actually unable to simulate knifing my back and I had many scars, but as ever in my jobs, I loved every minute.” 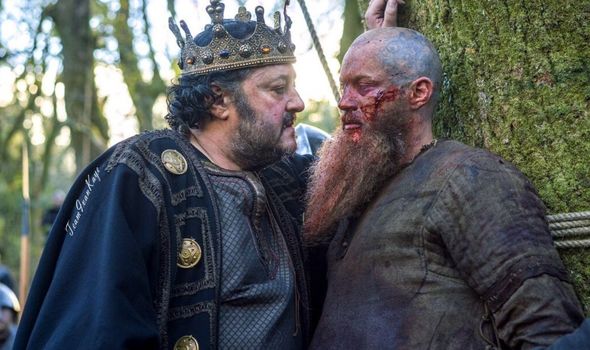 He reflected: “I don’t believe that Aelle is the villain at all.

“Much like boarding school, brutal punishments and practices were employed to ensure discipline.

“The snake pit was merely a gadget and powerful incentive to play with a straight bat.

“You may think Aelle a dinosaur, but he was simply a man of his time.”

Who is actor Ivan Kaye?

Vikings fans may recognise him for his performance as Duke of Milan in all three seasons of Borgias.

His other credits include Dark Shadows, The King, The Coroner and Undercover.