Home » TV and Movies » Vikings: Why did Ivar the Boneless kill Thora in Vikings?

Vikings: Why did Ivar the Boneless kill Thora in Vikings?

Vikings is a popular historical drama series on History and Amazon Prime, and it follows the sons of the famous Ragnar Lothbrok (played by Travis Fimmel). In the series, Thora (Eve Connolly) is the lover of Hvitserk (Marco Ilsø), but she was killed in season 6 and fans are wondering what happened to her. She had been murdered at the hands of Hvitserk’s brother, Ivar the Boneless (Alex Høgh Andersen), and her death haunted Hvitserk for a long time.

Thora was introduced in season five, speaking to Hvitserk about why he did not attend his brother’s sacrificial ceremony.

Ivar had made threats to Thora, saying it would be a shame to see her burned alive. He later spots her in a crowd of onlookers who believed Ragnar had been a better leader than him.

Viewers were shocked to see Thora and her family punished, as Ivar had ordered for them to be put to death for turning against him.

She and her family are burned alive, and Thora has to watch as her father is set on fire, before facing the same terrible fate herself. 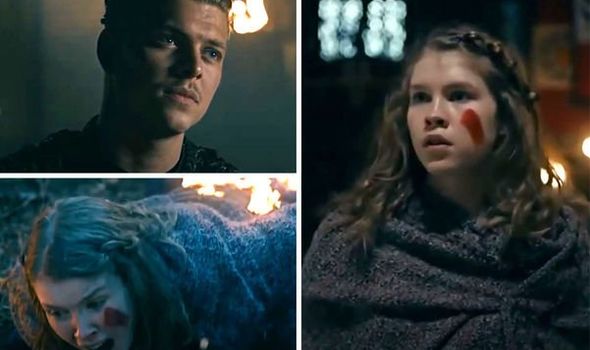 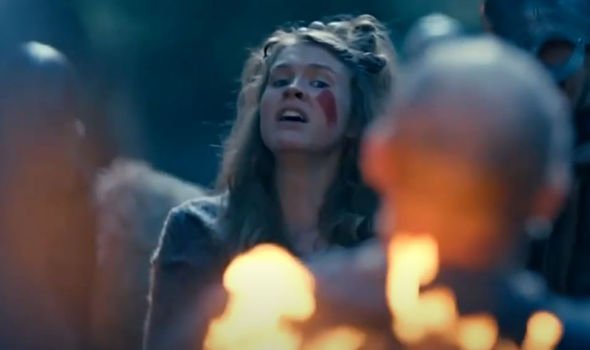 Ivar had seen a statue which had been dedicated to him had been vandalised, and he was frustrated at the fact not everyone believed in him.

Thora had told him Ragnar would have never forced his power on anyone, and initially Ivar does not seem to take much notice of her words.

However, he leaves a mark on her which indicates to his guards she must be put to death for going against the ruler.

Her death is one of the most horrendous in the series, and it sent Hvitserk on his downward spiral, suffering from post traumatic stress disorder. 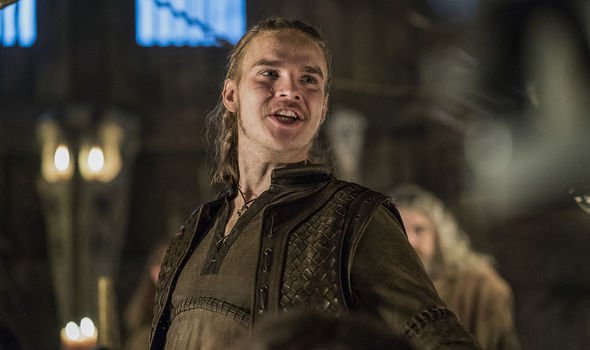 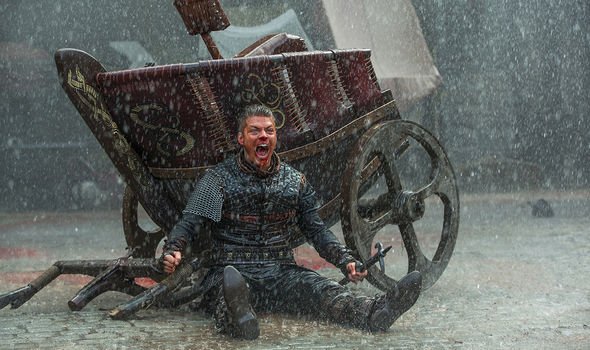 Hvitserk continues to see visions of Thora with burnt skin and she taunts him over the fact his brother slaughtered her and her family.

The visions drive Hvitserk to madness and he starts drinking heavily and taking drugs to try and bury the thoughts.

However, his instability peaks when he ends up stabbing shieldmaiden Lagertha (Katheryn Winnick) by mistake, thinking she was an evil serpent coming to kill him.

Fans were left heartbroken after seeing the way Thora’s death has such an impact on Hvitserk and his mental health.

One fan said on Twitter: “Ivar you evil b**, I honestly hope Hvitserk kills him for what he did to Thora #Vikings.”

However, in a strange turn of events fans will know in season six Hvitserk and Ivar end up teaming up in order to launch an attack on their homeland.

Ivar had joined the Rus Vikings who wanted to invade Scandinavia, and he helped bring Hvitserk back to health so he could join in the fight.

Fans could not believe how quickly Hvitserk seemed to forgive Ivar for murdering his lover, and they are wondering whether his plan is a trick.

Another fan said on Twitter: “Hvitserk is just going to leave Thora there after his brother threatened to burn her? I mean, if there’s ever a reason to make it a double occupancy room, Hvitsy, this is it.”

Hvitserk may be trying to hide his resentment in order to get Ivar on his side, before launching at attack on him.

What Ivar did to Thora was unforgiveable, and fans will be expecting Hvitserk to take some sort of revenge on his brother.

Hvitserk did previously join his brother Bjorn Ironside (Alexander Ludwig) in a fight to overthrow Ivar shortly after Thora’s death.

However, all seems to be forgotten in the most recent series, which sees Thora in ghost form driving Hvitserk to insanity.

In Viking mythology, Thora is actually a wife of Ragnar, however, in the series she is in love with Ragnar’s son.