Home » TV and Movies » Watch Biniyam Shibre's unique proposal for ex-wife Bria – Will he do the same for Ariela?

Watch Biniyam Shibre's unique proposal for ex-wife Bria – Will he do the same for Ariela? 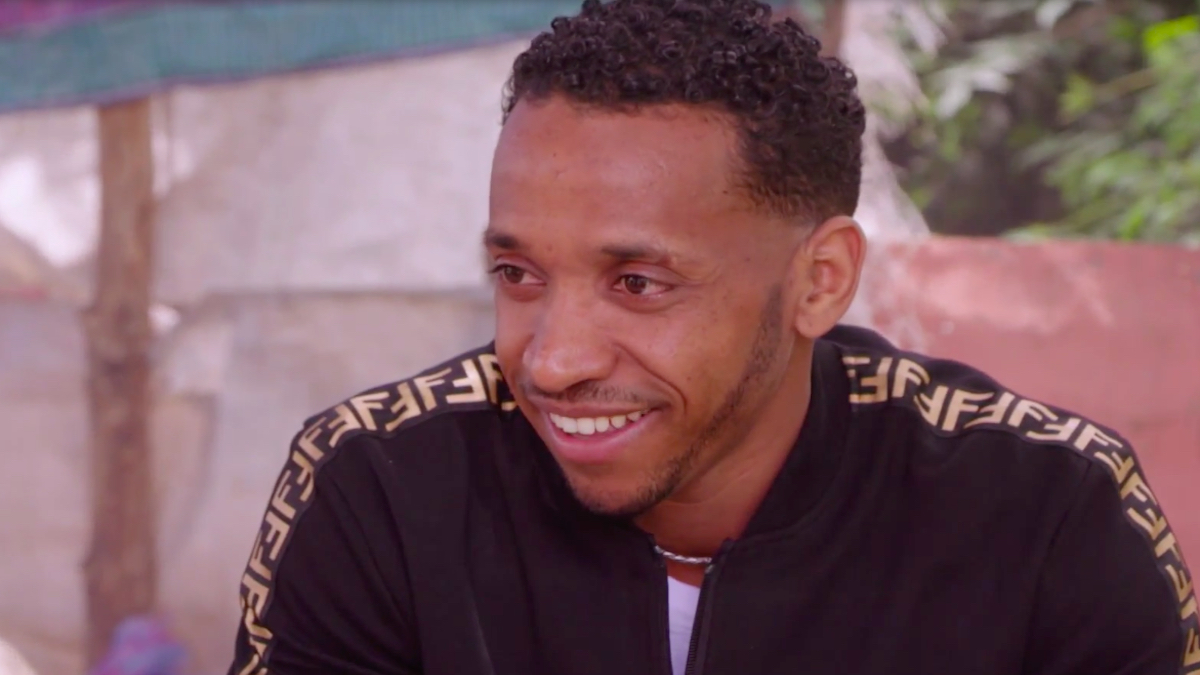 It’s no secret that 90 Day Fiance: The Other Way star Biniyam Shibre is a dancer.

We’ve seen him get down in an Ethiopian night club when he showed his pregnant girlfriend Ari that his part-time job included dancing with his ex.

His dance skills are being recognized with another woman, with an extravagant proposal to his previous American wife – Bria.

The couple shares a child

Biniyam’s American ex-wife has a major role in his storyline with Ariela on this season.

Once it was revealed that Biniyam had previously been married to an American woman, it set alarm bells for most viewers. While it is speculated that the marriage ended due to his infidelity, those are claims he continues to deny.

His ex-wife continues to live in the US with their son Simon. The couple is not on speaking terms, and he hasn’t seen his son in over two years. He claims the heartbreak over his son brought him and Ari together.

“I became close with Ari because she wanted to help me reunite with my son,” he explained. “And we fell in love.”

The couple is now expecting a child of their own that Ari planned to deliver alongside Biniyam in his home country. The daughter of a cardiologist and retired nurse, her parents questioned her plans for giving birth in Ethiopia.

Ariela’s mom went on to question him, “You were married to an American, and you’re having a baby with another American…I mean, is your plan to come to the United States?”

While the season is on hiatus till October, the teaser clip shows the couple preparing for an unexpected C-section surgery, and Ariela is shown weeping to Biniyam, “I’m not ready.”

The proposal to his ex was over the top

It’s no surprise that Biniyam included dance in his extravagant proposal to his ex-wife.

The video features brightly colored rose petals, a flash mob, and a fuzzy brown mascot. When the fuzzy creature finally takes off his costume, it is revealed that it is Biniyam.

He topped off the proposal by taking over the nearby signage displaying a huge “Congratulations.”

Most likely, she didn’t expect Biniyam to step out of that large fuzzy suit.

Viewers are now wondering if Ari will get the same dance serenade or if they’ll even make it that far.

Check out the video for yourself and let us know what you think of the over the top proposal!