Home » TV and Movies » Watch Michael B. Jordan Survive a Plane Crash in ‘Without Remorse’

Watch Michael B. Jordan Survive a Plane Crash in ‘Without Remorse’

Stefano Sollima, the director of “Tom Clancy’s Without Remorse,” narrates a sequence from his action thriller.

‘Tom Clancy’s Without Remorse’ | Anatomy of a Scene

I am a Stefano Sollima and I’m the director of Without Remorse. This sequence comes after the midpoint of the film, when the team is about to parachute to their location. Their plane is shot down and crashes in the ocean. What was important to me was Kelly’s, played by Michael B. Jordan, psychology in such an extreme situation. I wanted to create an intimate relation with the protagonist. So I decided to shoot the whole crash mainly from Kelly’s, Michael’s, point of view, only briefly showing the outside of the plane. The audience needed to be reminded of his determination for revenge. He has to get back the gear to finish the mission. And to shoot this sequence practically, we bought an actual plane, which we cut into pieces. And then we divided the crash sequences into four parts. The first was the crash in the ocean. Outside of the cockpit we built this slide that would release tons of water. And the second part was the rotation. The first class was half-way in a huge tank, and around it we built a rotating mechanism with pistons and motors. That way the entire cast could move while the plane rotated. And the third part was the mechanism that breaks the plane in half. This huge metal rig would split one part of the aisle and then sink it in the tank. At this point, Kelly either aborts the mission or gets the gear. And this is the fourth and final part. Kelley dives in the sinking tail of the plane and uses air pockets to get the oxygen he needs. And this was also all done by Michael himself. He trained for months to be able to hold his breath longer, while swimming and moving in the water in full gear. And this whole cargo scene is all built on Kelly’s breath. The rhythm, the music, the cuts, are all dictated by when Michael would need to get air. I tried to keep these shots on Kelly holding his breath as long as possible, to really have the audience feel his struggle. We need the air like he needs air. High strings creep in every time Kelly’s slowly losing the oxygen in his body. And this sound is released once he refills his lungs. But it’s too late now. And we have the strings back for one last time, the sound of the metal that starts compressing. And we feel his struggle. And then he grabs the last and most important equipment. And finally he gets to the surface, and, at the end, just like Kelly we are finally able to take a breath of relief. 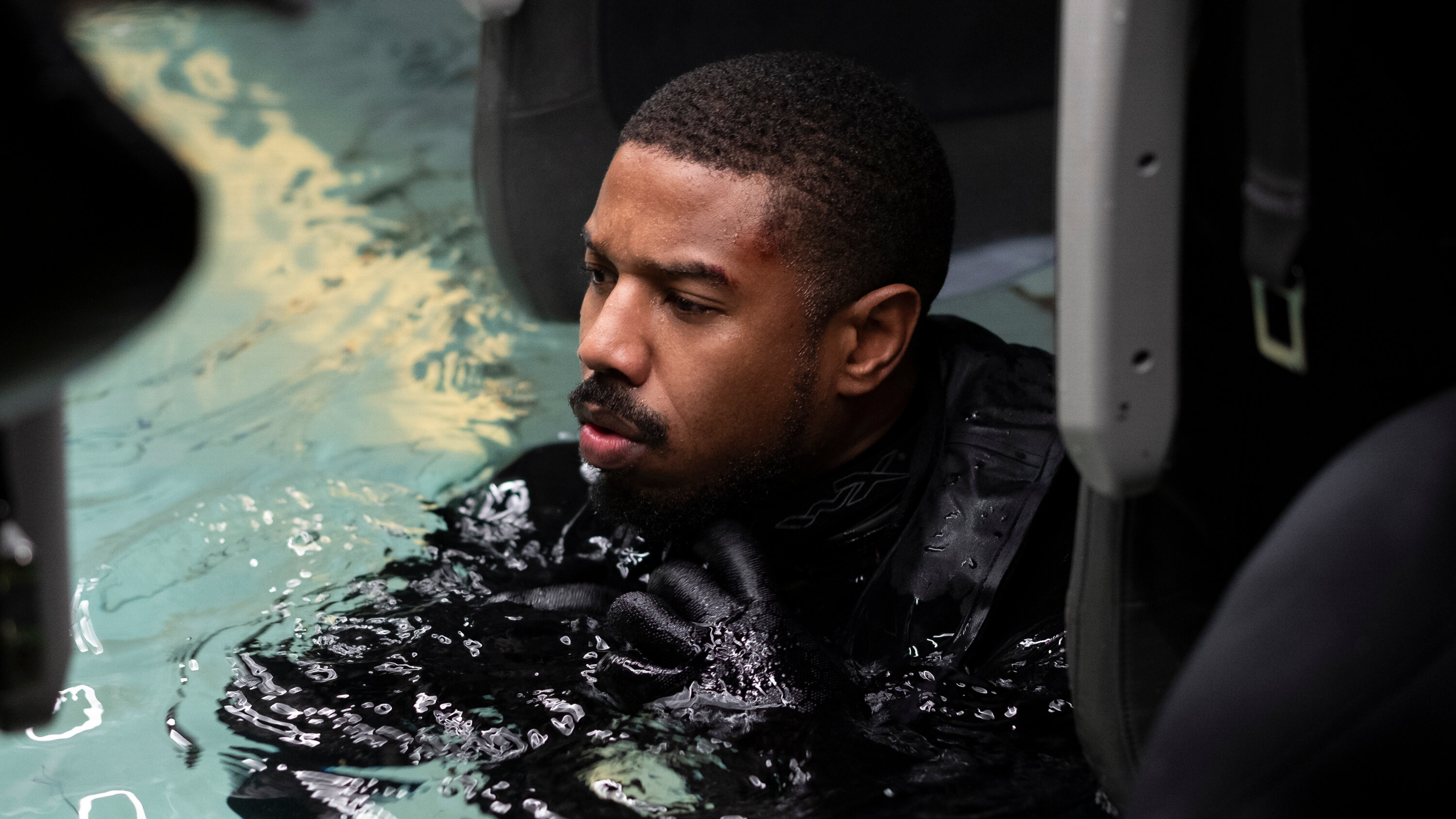 In “Anatomy of a Scene,” we ask directors to reveal the secrets that go into making key scenes in their movies. See new episodes in the series on Fridays. You can also watch our collection of more than 150 videos on YouTube and subscribe to our YouTube channel.

A crashed plane is the setting for a centerpiece action sequence in the thriller “Tom Clancy’s Without Remorse,” which tells the origin story of the novelist’s popular character John Clark.

In the film (streaming on Amazon), the character is initially known as John Kelly and played by Michael B. Jordan. A Navy SEAL whose wife was killed by Russian assassins, Kelly is on a mission to track down the killer.

While that mission is moving forward, a plane carrying Kelly and his team is shot down by the Russian Air Force and crashes into the sea. The plane breaks in half and the section carrying supplies that Kelly needs for his mission sinks deeper into the water. Narrating this scene, the director Stefano Sollima explains the many moving parts that had to come together to pull this off this elaborate set piece, following Kelly all the while through the ordeal.

The filmmaker and his crew used an actual plane that could be cut into pieces and filled with water. Part of the set was built inside a rotating mechanism that would turn to keep the action unmoored.

And for the part of the scene where the plane is fully submerged, Jordan trained for months to be able to hold his breath for longer intervals and carry off the underwater action.

Read the “Without Remorse” review.

Sign up for the Movies Update newsletter and get a roundup of reviews, news, Critics’ Picks and more.