In today’s instalment of Sunday Brunch, hosts Simon Rimmer and Tim Lovejoy began the Channel 4 programme by introducing their guests, Katherine Parkinson, Rick Edwards, Nish Kumar and James Arthur. As the hosts were briefly chatting to the star-studded lineup, it didn’t take long for things to get a tad heated between Nish and Rick as they spoke about football.

Tim started the conversation by asking Rick about his return to football and his new team.

“It’s like a team of showbiz celebrities, isn’t it?” Tim asked.

He replied: “We’re called the Post Office FC because we like the logo. It’s quite funny when people turn up because they’re like ‘Are postmen?’ No!

“One of your other guests this morning is a member of the team in fact.” 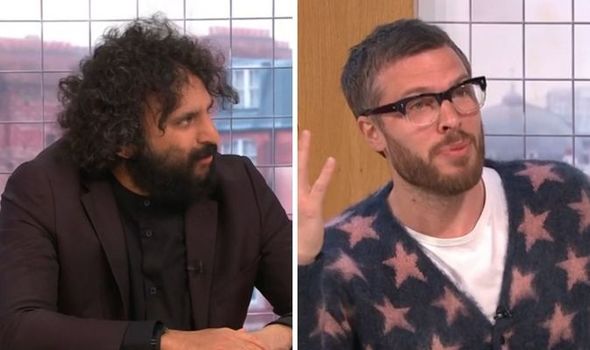 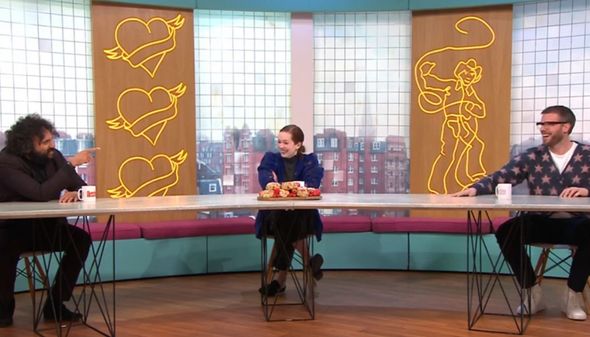 “Not James Arthur, not Katherine Parkinson and obviously not Nish.”

Chipping in Nish replied: “What mate? I look like Mo Salah, I’m a dynamo on the pitch.”

“We’ve never had a guest fall out this early on the show have we,” Tim joked. 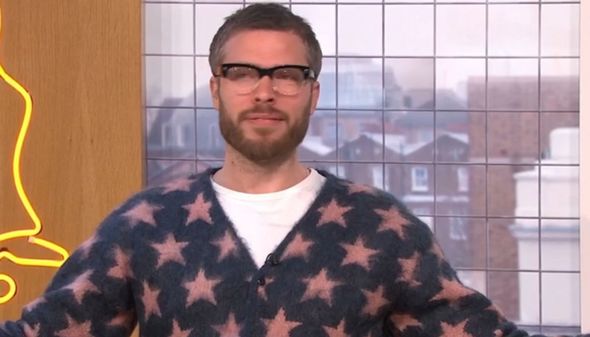 “This guy thinks he’s better than me because he’s so tall and handsome,” Nish continued.

“You make me want to be sick out of my mouth.”

“Go on then,” Rick laughed.

Simon chipped in: “Shall we move on?”

“Just quickly tell us the team though,” Tim replied. “And then we’ll move on.”

As Rick began reeling off the names of the players which included, Tim Key and George Lamb, Nish began to boo.

Turning to Tim, Simon joked: “Not Lennie the headmaster, you know him.”

Simon and Tim swiftly moved on to the next segment where they spoke with pop star James Arthur.

The former X Factor winner discussed what had been up to throughout lockdown and his latest single.

James explained that he had really got into fitness after realising that he couldn’t sit in and play Fifa all the time.

Speaking about his new single, James began: “That video was centred around my performance. There was a lot of pressure for me to look cool.”

Sunday Brunch returns next weekend at 9.30am on Channel 4.