Home » TV and Movies » ‘What We Leave Behind’ Review: A Father’s Final Project

‘What We Leave Behind’ Review: A Father’s Final Project

At 89, Julián Moreno began building a home in Mexico for his children who had immigrated to the U.S. His granddaughter made the poignant documentary “What We Leave Behind.” 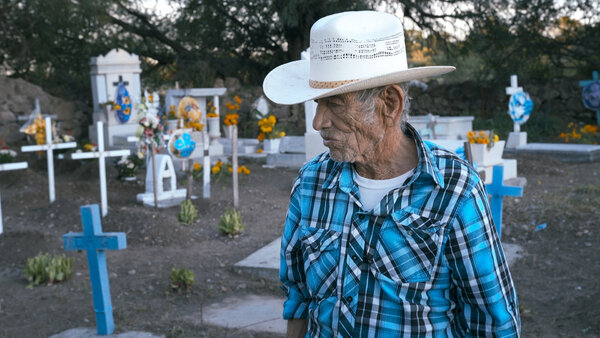 When Iliana Sosa’s grandfather Julián Moreno turned 89, he stopped making trips from Mexico to El Paso, Texas, where Sosa’s mother lives. In her documentary “What We Leave Behind,” his granddaughter follows Moreno to his home in the Mexican state of Durango and watches as he undertakes one last project: building a house next to his own that his children who migrated to the U.S. might return to.

With an approach that is more elegiac than sociological, the director signals the passage of nearly seven years with the progress of the new building and the evidence of Moreno’s decline. He shovels a bit. He fries an egg that begins sunny side up but ends scrambled. He carries a plank, annoyed that he can’t carry two. A quad cane appears.

Eschewing the politics of policy, “What We Leave Behind” honors the poetics of a life: Moreno’s memories of his long-dead wife; his affection for the land; his fealty to his son Jorge, who is legally blind and lives with him; but also his belief in hard work. His face holds traces of the handsome young man pictured on the ID card he used as a bracero — an agricultural worker issued a temporary work permit to come to the United States after World War II.

Compositionally calm but never static, the documentary trusts in motes of beauty: a dog lapping water out of a mop bucket; Jorge’s green bristled broom poised above a courtyard floor as he listens; a once-sturdy man lying in bed, his family surrounding him. “What We Leave Behind” insists upon power in stillness, and the poignancy in staying — and leaving.

What We Leave Behind
Not rated. Running time: 1 hour 11 minutes. In theaters and on Netflix.