Home » TV and Movies » When did Robin Williams die, what was his cause of death and what did Pam Dawber say about the Dead Poets Society and Jumanji star?

When did Robin Williams die, what was his cause of death and what did Pam Dawber say about the Dead Poets Society and Jumanji star?

ROBIN Williams was one of the world's best-loved actors and comedians at the time of his sudden and unexpected death in 2014.

The talented American wowed audiences with his dynamic performances before depression took a hold of him towards the end of his life. He would have turned 69-years-old today. Here is what we know about Mr Williams. 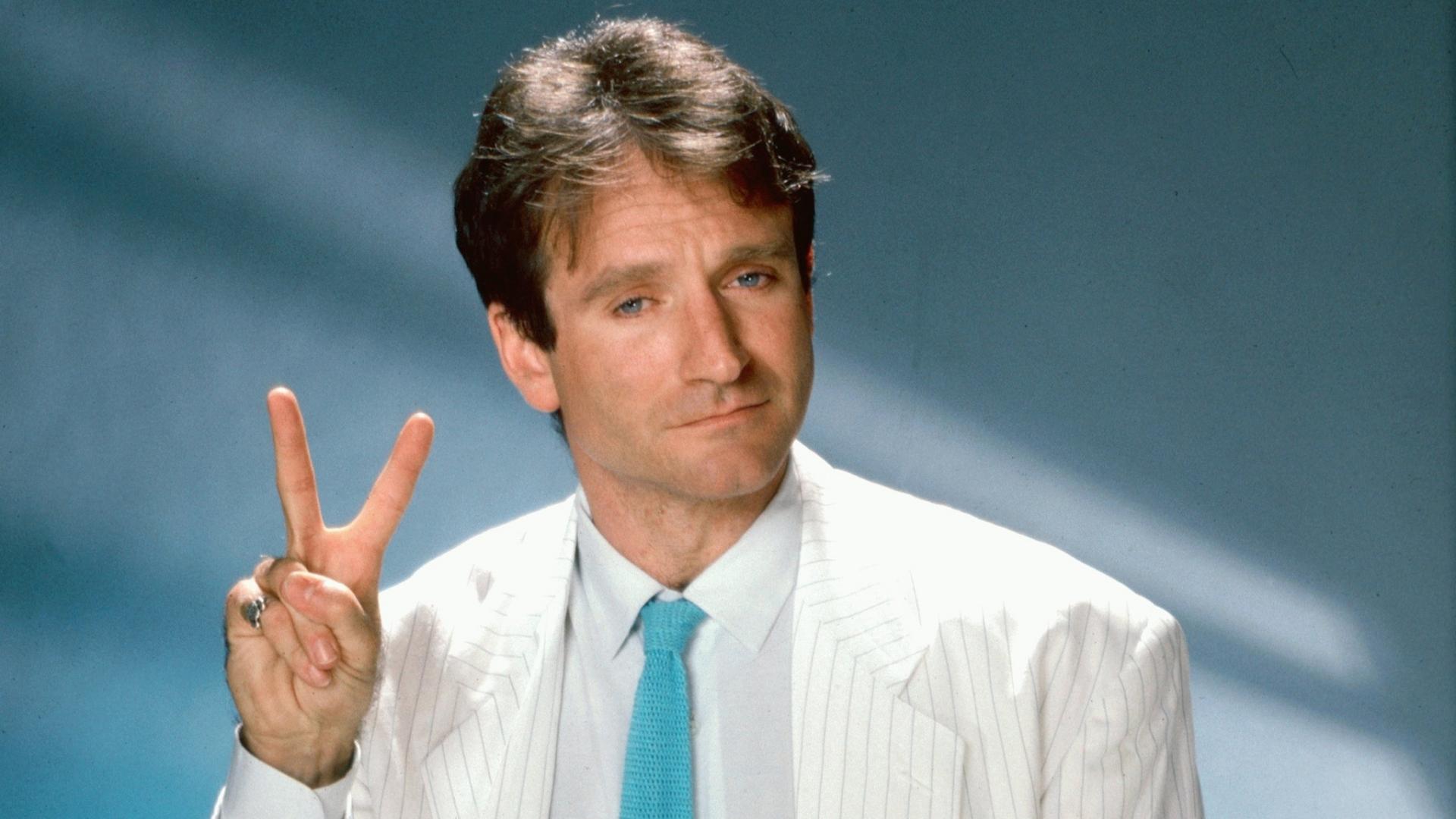 How and when did Robin Williams die?

The Chicago-born actor died by hanging himself after being misdiagnosed with Parkinson's and falling into a state of depression.

No illegal drugs or alcohol traces were found in his system, only "therapeutic" levels of prescription drugs.

His ashes were scattered at San Francisco Bay on August 12.

Barack Obama paid tribute to the star and said he touched "every element of the human spirit" in his career. 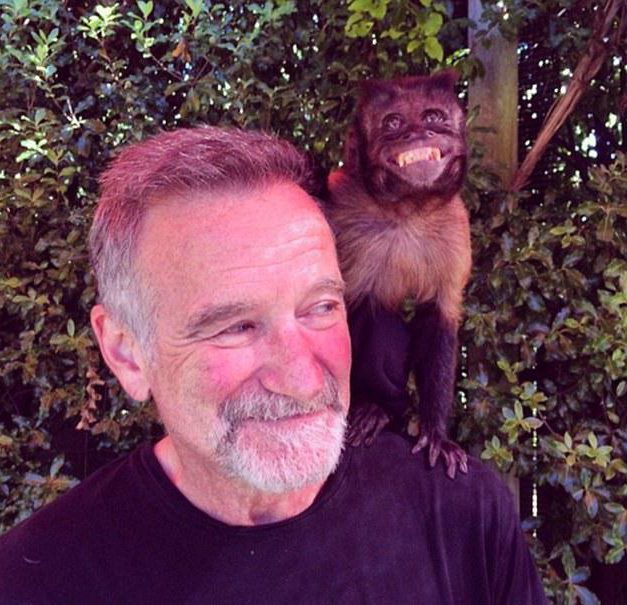 The last photos of Robin show him physically thin and drawn, with grey hair and a beard.

Just before he died he had admitted himself to a rehab centre in Minnesota for alcohol addiction.

Robin's publicist has said her client was suffering from "severe depression" prior to his death.

His wife Susan Schneider has said that Lewy body dementia was a "terrorist inside [her] husband's brain" and that the disease is ultimately responsible for his suicide.

She says the first symptoms of the disease appeared in October 2013 and included fear and anxiety, constipation, urinary difficulty, heartburn, sleeplessness and insomnia, a poor sense of smell, stress, and a slight tremor in his left hand.

Eventually, he suffered problems with his memory, and with intense paranoia, with Susan commenting: "Robin was losing his mind and he was aware of it… He kept saying, 'I just want to reboot my brain'."

His tragic final days have been revealed in a new book which chronicles how his mind and body faded from an incurable brain disorder the actor was unaware he had.

"He was sobbing in my arms at the end of every day," makeup artist Cheri Minns said in Dave Itzkoff's book, Robin.

She went on: "It was horrible… I said to his people, 'I'm a makeup artist. I don’t have the capacity to deal with what’s happening to him'." 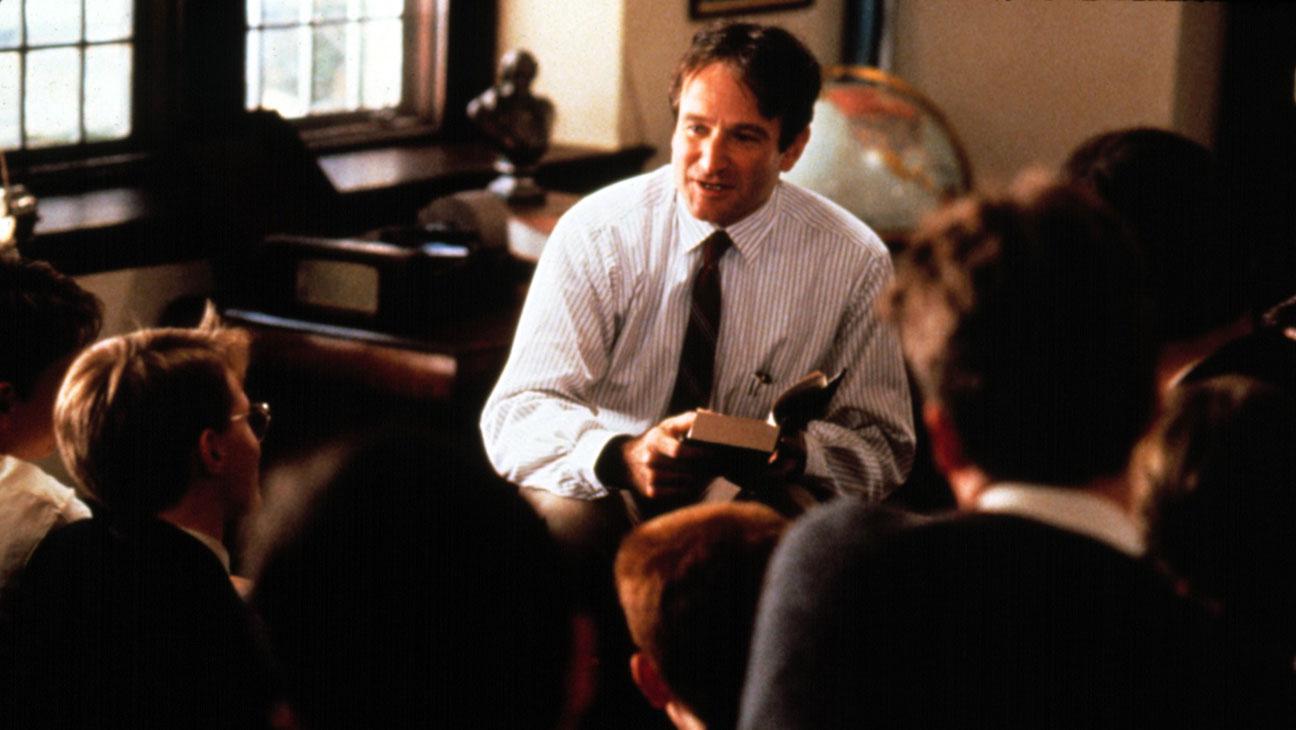 What was Robin Williams' background and how did his career begin?

Robin McLaurin Williams was born on July 21, 1951, and had two older half-brothers.

He claims to have used humour to gain his mother's attention during childhood, and his school friends have said he was very funny in class.

He was named "Most Likely Not To Succeed" and "Funniest" in his 1969 high school graduation book.

He dropped out of his political science degree to study acting and his first role at college was as Fagin in Oliver!.

He then studied at the prestigious Juilliard School in New York alongside Christopher Reeve, who became a long-time friend of Robin, and William Hurt. 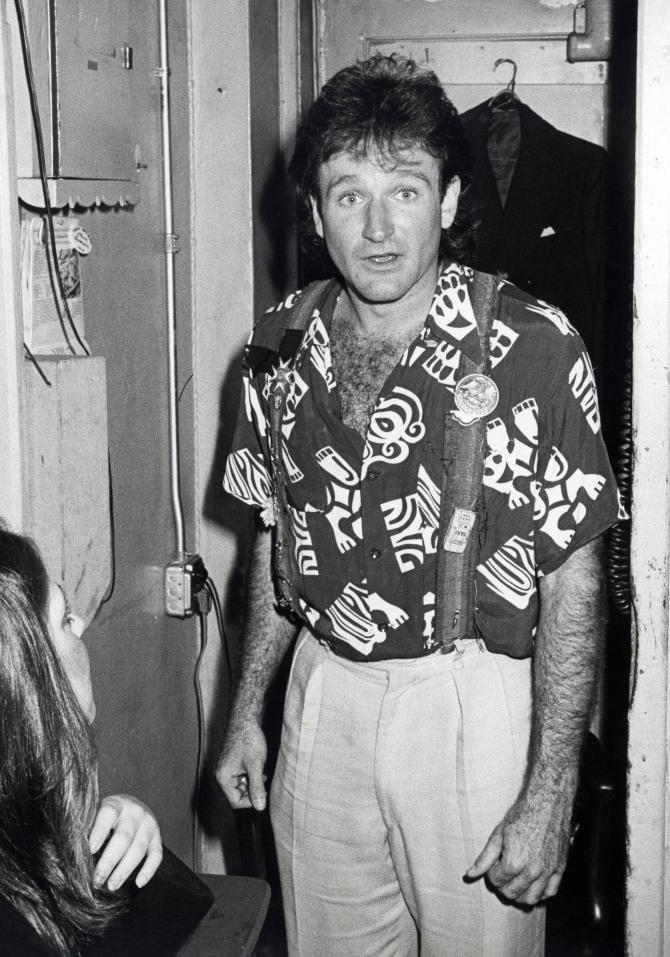 Robin says the stress of stand-up triggered his alcohol and drug dependency early in his career.

Other TV work included The Richard Pryor Show, comedy special Off The Wall, Happy Days and his own spin-off show from Happy Days called Mork & Mindy, which was incredibly popular.

Then came his first major movie role, as the lead in 1980 film Popeye, and his Hollywood career took off after that. 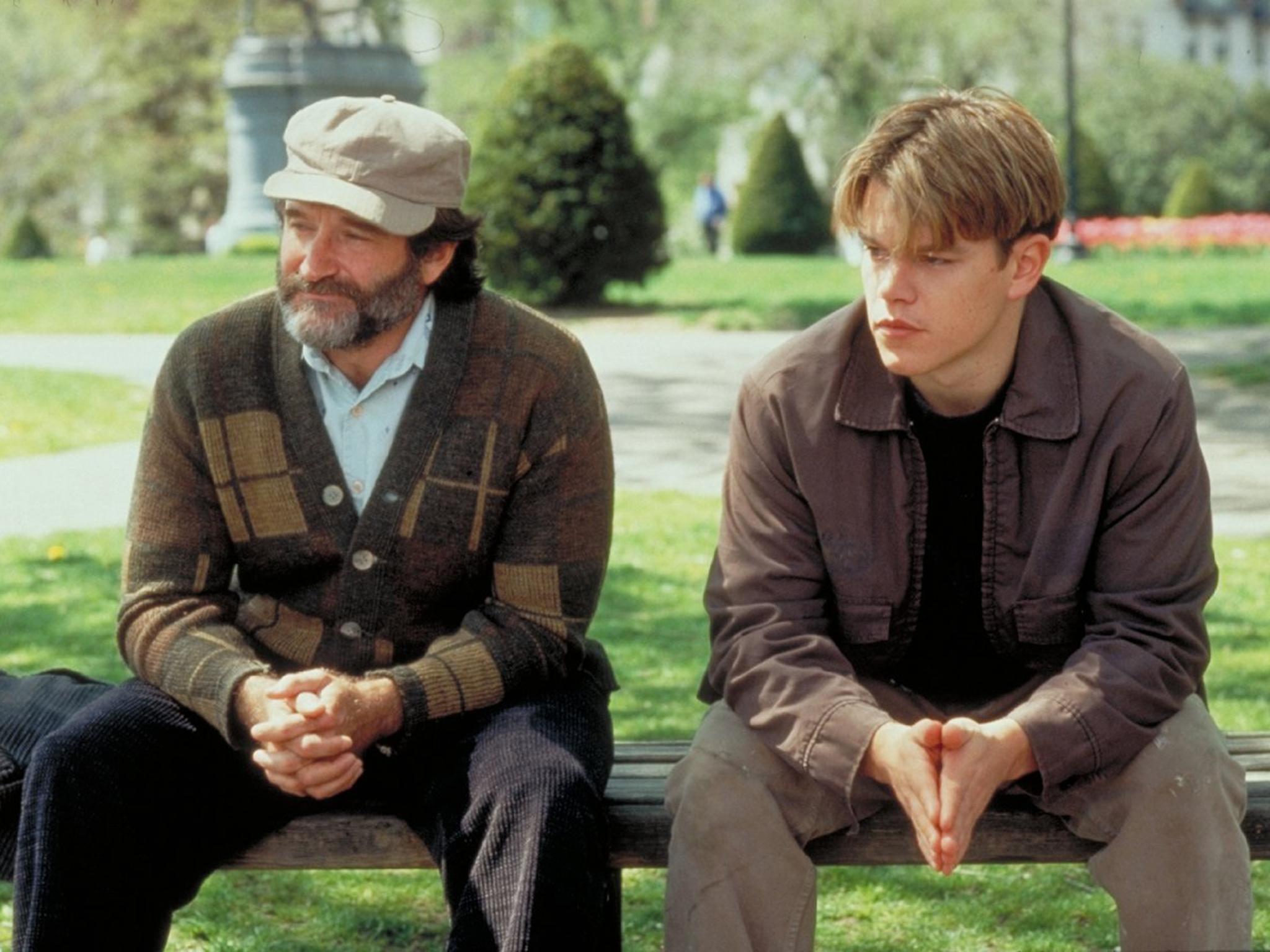 What are Robin's best-known movie roles?

Robin improvised much of his performance and won a Golden Globe for it, losing out to Michael Douglas in the Best Actor Oscars section.

Then, in 1989, he played another inspirational figure – an English teacher in Dead Poets Society, whose unorthodox methods and speeches about life inspire his miserable prep school pupils.

A few years later he starred in two Disney movies – Hook, as a grown-up version of Peter Pan who'd forgotten about his childhood, and Aladdin, as the genie.

But his best-known and perhaps best-loved role was in Mrs Doubtfire in 1993, in which he plays a father desperate to stay in his kids' lives, and pretends to be a female housemaid in order to do so. 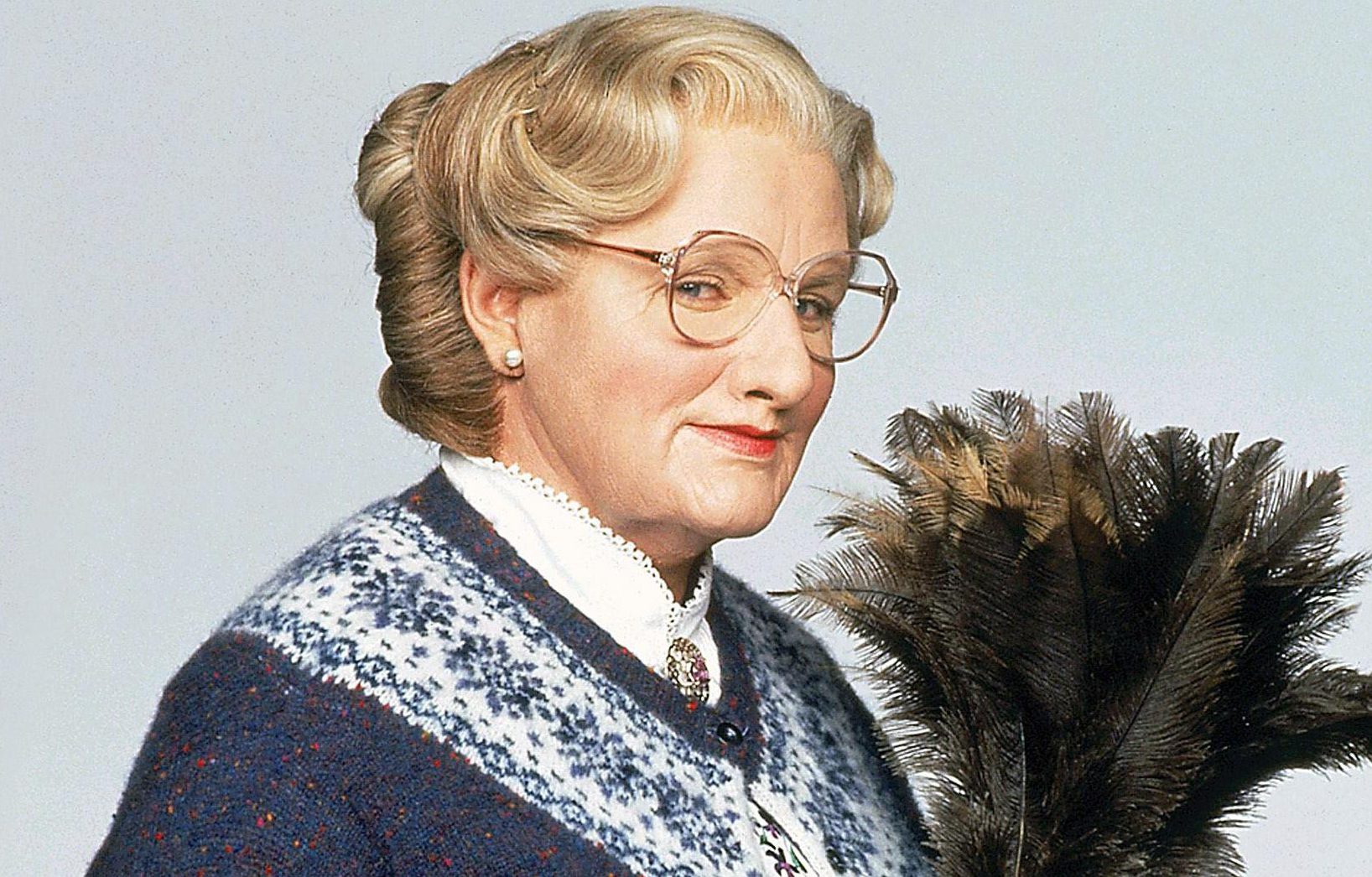 He continued his string of family-friendly hits with Jumanji (1995), and the sci-fi caper Flubber (1997).

In the same year as Flubber, Good Will Hunting was released, in which Robin co-starred with young actor Matt Damon as his therapist.

This earned him his first and only Oscar for Best Supporting Actor.

After that, he played a rebellious robot in Bicentennial Man (1999), before taking on his most distinctive and surprising role as a troubled supermarket worker in thriller One Hour Photo (2002).

He also appeared in Christopher Nolan's Insomnia, and later in life voiced a character in both the Happy Feet movies, and played Theodore Roosevelt in three Night At The Museum movies.

His final role was in Terry Jones' Absolutely Anything, voicing Dennis The Dog. 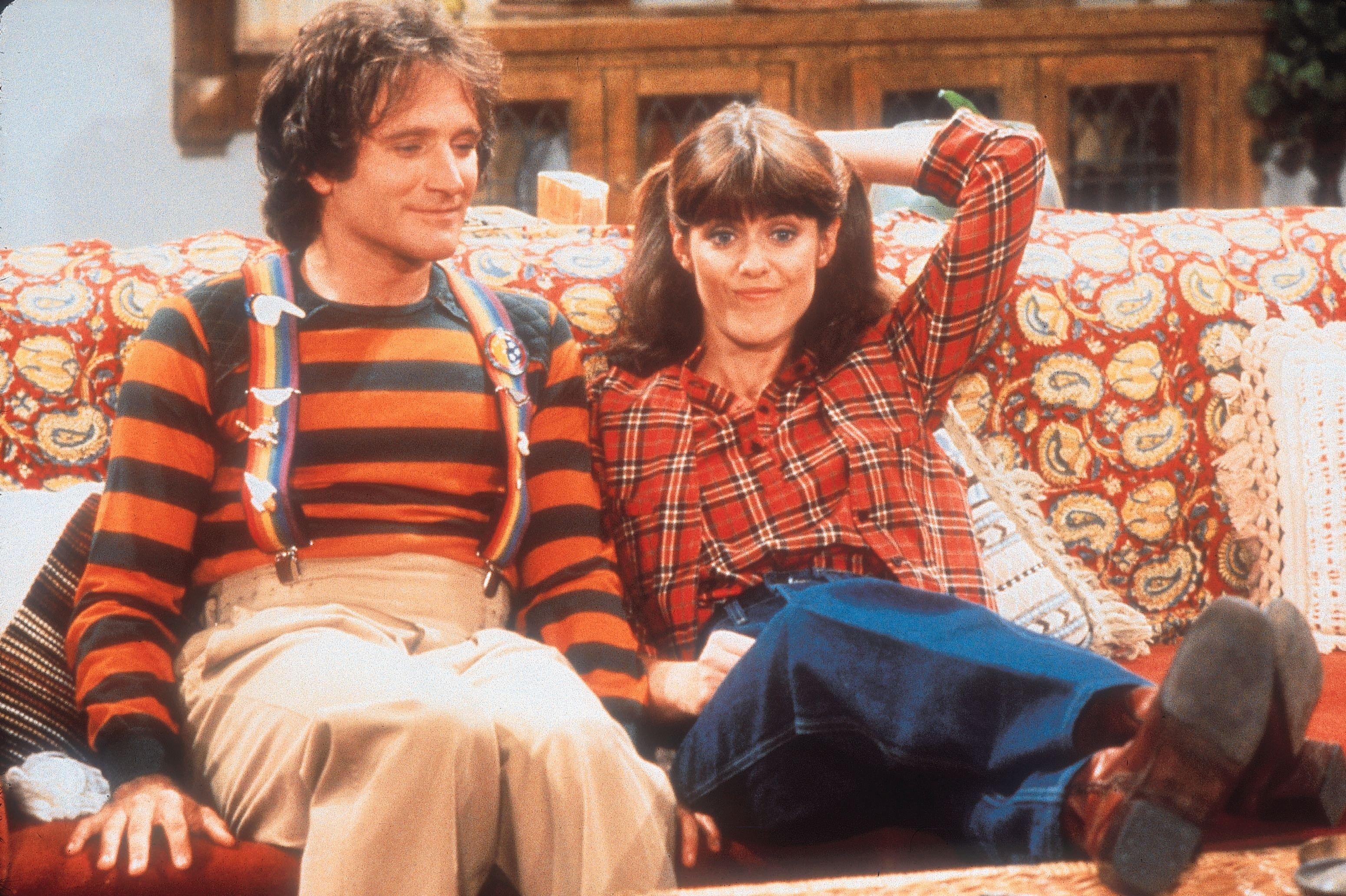 What has Pam Dawber said about Robin 'groping' her?

Mork and Mindy is Robin's most famous telly show.

In her 2018 biography about Robin, Pam Dawber said that the late actor repeatedly grabbed her bottom and breasts and took off his clothes in front of her whilst filming Mork and Mindy together.

But Pam has said that she never took offence because he was so charming.

She described filming the show as “so much fun” and remarked: “It was the Seventies, after all.”

Pam said: “I had the grossest things done to me – by him. And I never took offence.

“I mean I was flashed, humped, bumped, grabbed. I think he probably did it to a lot of people… but it was so much fun.

“Somehow he had that magic. If you put it on paper you would be appalled.

“But somehow he had this guileless little thing that he would do – those sparkly eyes. He’d look at you, really playful, like a puppy, all of a sudden.

“And then he’d grab your t*** and then run away. And somehow he could get away with it. It was the Seventies, after all.”