Home » TV and Movies » When will Jenny see Roger in the future in Outlander?

When will Jenny see Roger in the future in Outlander?

Outlander season six is coming to Starz and Amazon Prime Video and viewers are excited to see how the story will develop. The series is based on the books by Diana Gabaldon and season six will focus on A Breath of Snow and Ashes. Viewers have said they would like to see Jenny Murray (played by Laura Donnelly) and Roger MacKenzie (Richard Rankin) meet again.

When will Jenny see Roger in the future in Outlander?

Outlander season six is on the way and fans have been discussing what they would like to see happen next.

They have taken to Reddit to discuss the possible storylines and they are keen to find out more about Jenny and Roger.

Sadly it is unlikely the Jenny and Roger storyline will return in the sixth season, but it will possibly feature in the upcoming season seven.

Their story will continue in the ninth book, titled Go Tell The Bees That I Am Gone, which should be published in 2021.

One fan said: “I totally forgot how excited I am for Jenny to see Roger!!” 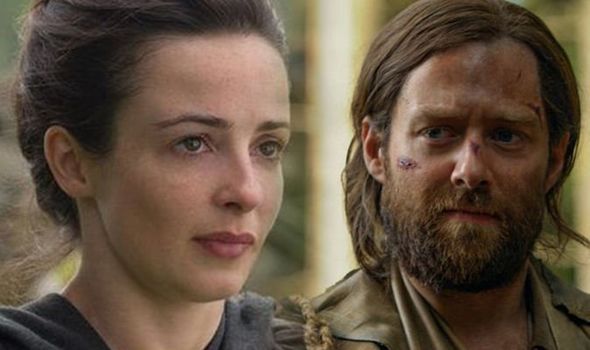 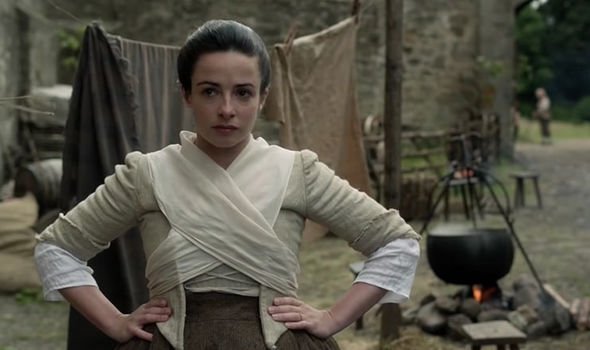 Another added: “Woah I didn’t even THINK about Jenny seeing Roger again in the future… it’s going to be wild for her to comprehend.”

Jenny and Roger have already met previously when Roger ended up with the Murrays.

In the previous book, Brianna (Sophie Skelton) and Roger were back with their children in Fraser’s Ridge.

Jenny will undoubtedly have a surprise when she comes to recognise Roger’s face in the future.

Not only this, but she will also realise he is able to time travel and may feel betrayed. 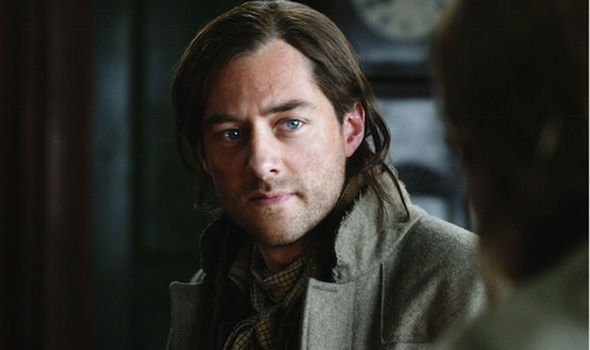 They first met in 1739 when Roger came to Lallybroch searching for his missing son.

Jenny was only a young woman at the time, but fans will be keen to know how she will react as an older woman.

One fan said on tapatalk.com: “Correct me if I’m wrong but Jenny and Rodger hadn’t met yet in any of the previous books…I might be wrong.

“If not when she meets him on Fraser’s Ridge will she have that ‘I swear I’ve met you somewhere before’ moment?

“She’s pretty quick, and if she does think she remembers how will Roger react. Will she remember his name? The fact that he was looking for his lost son Jemmy?” 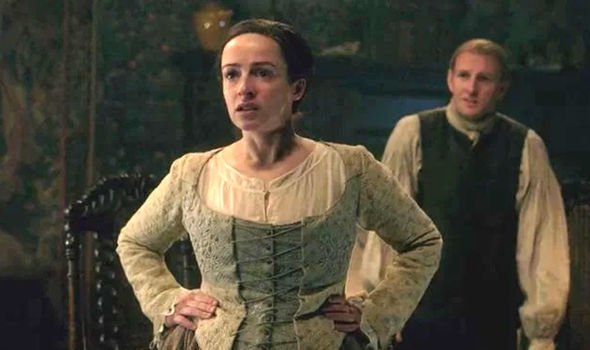 Another fan added: “Agreed. From the way Roger is described, I don’t think Jenny would have forgotten him.

“But I do wonder if Roger’s presence might have altered anything.”

A third said: “For Roger, it was maybe a few months ago that he met Brian and Jenny. I’m sure Roger looks just like he did when she met him, but for HER that was 40 odd years ago.

“A lot has happened in those 40 years. She may have a deja vue moment, but it may take her some time to piece it all together.

“As far as the ghosts are concerned, seeing ghosts near a graveyard is practically normal in the Highlands.

“Brian might have gotten his legs under him, returned home and told Jenny what he saw, but it’s not like he saw a Boeing 747 fly over.

“It’ll be nothing out of the ordinary than that morning we had porridge with ham.

“I also don’t think he “changed” anything. Maybe meeting the ghosts is what weakens Brian’s heart and leads to his heart attack at Fort William.” [Sic]

Fans are hoping Jenny will at least begin to understand time travel with Roger as evidence.

Outlander seasons 1-5 are available to stream on Amazon Prime Video and Starz now.