Home » TV and Movies » Which Star Is Richer, Vin Diesel or Dwayne Johnson?

Which Star Is Richer, Vin Diesel or Dwayne Johnson?

Dwayne Johnson didn’t join the Fast and Furious franchise until 2011’s Fast Five. But his character, Luke Hobbs, did seemingly help revitalize the series. Naturally, a feud reportedly developed between Johnson and longtime Fast and Furious lead Vin Diesel. But which of the two action superstars is worth more? Let’s take a look at whether Diesel or Johnson is richer. 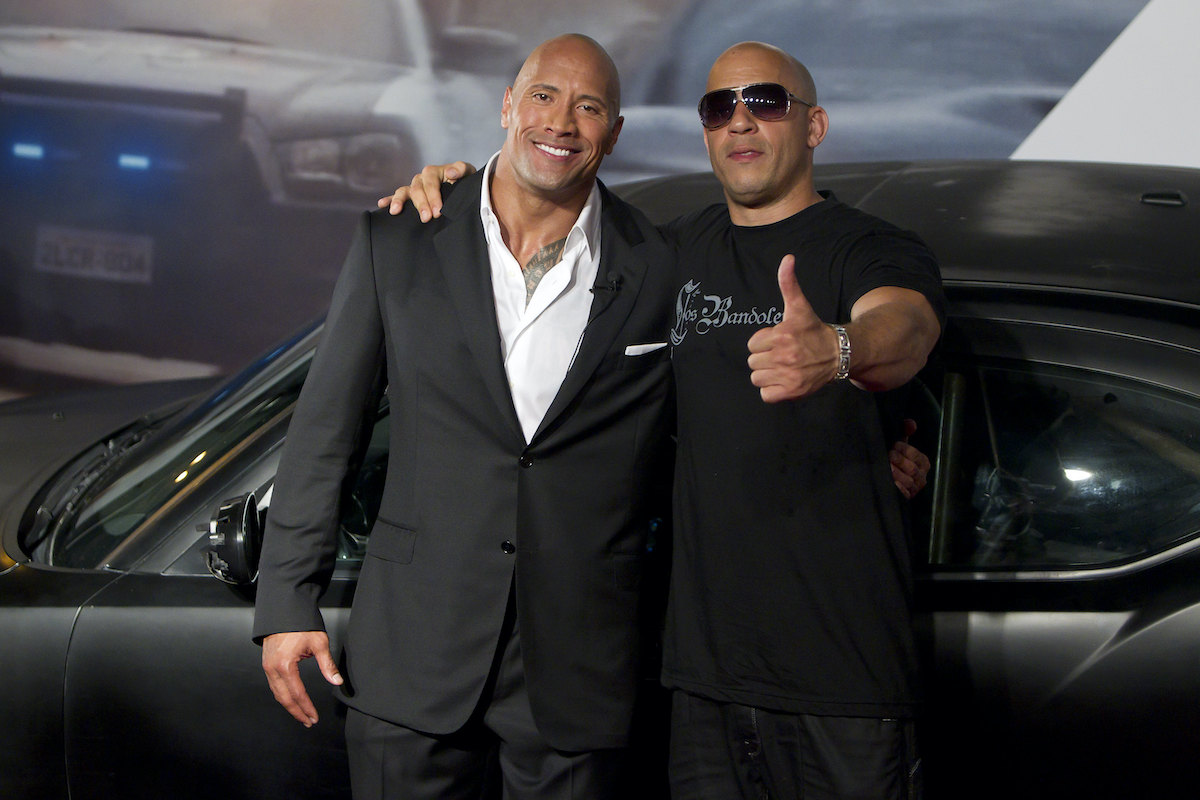 Vin Diesel started three franchises in the early 2000s, including the long-running ‘Fast and Furious’ movies

Johnson took a very different path to becoming a global action hero. In the late 1990s, he rose to fame in the professional wrestling world as The Rock. And in 2001’s The Mummy Returns, he made his film debut as The Scorpion King, a role he reprised for a standalone spinoff the following year. Throughout the 2000s, Johnson tried his hand at action comedies (The Rundown), family films (Tooth Fairy), and even dramas (Gridiron Gang).

Johnson might not win an Academy Award anytime soon. But in the early 2010s, his movie career finally began to gain some momentum. The aforementioned Fast Five made Johnson an integral part of a popular franchise. Soon he began producing movies too and spearheading franchise revivals. Most notably, he stars in the recent Jumanji movies as well as hits such as Moana, San Andreas, and his Fast and Furious spinoff, Hobbs & Shaw.

But which ‘Fast and Furious’ star has a greater net worth, Vin Diesel or Dwayne Johnson?

Both together and separately, Johnson and Diesel have each led billion-dollar hits. And given their careers, the actors’ filmographies are relatively close. While Diesel’s movies have earned $11.4 billion worldwide, Johnson surpasses this with a grand total of $12.3 billion globally, according to The-Numbers.com. Their comparative net worths, however, are a different story. Johnson’s net worth currently stands at $400 million.

While impressive, Diesel only has a bit over half that amount with $225 million, according to Celebrity Net Worth. No doubt part of Johnson’s total comes from other business ventures, such as Teremana Tequila. The actor founded that company in 2020 to great success. And thanks to Johnson’s social media influence, his net worth is on the rise. Then again, so is Diesel’s, with F9 hitting theaters (finally) in summer 2021.