Line of Duty has returned, airing new episodes of series six every Sunday on BBC One. More than ever, this season has been referencing characters from previous seasons, tying all of the Line of Duty franchise together. A fan theory is now making the rounds regarding DCI Chloe Bishop (played by Shalom Brune-Franklin) and a possible relation.

WARNING: This article contains spoilers from Line of Duty.

DI Kate Fleming (Vicky McClure) is no longer a member of AC-12 and so DI Steve Arnott (Martin Compston) needed a new partner.

This is when DC Chloe Bishop stepped in and she has played an active role in trying to work out who is the corrupt officer who could be involved in the murder of Gail Vela (Andi Osho).

However, a fan theory has cropped up that Chloe could not only be the dodgy officer they have been looking for but also the daughter of DCI Tony Gates (Lennie James) as Chloe was the name of one of his two daughters.

Taking to Twitter, one fan said: “This is deffo Anthony Gates daughter Chloe. She now goes by the last name Bishop but I reckon it was Gates.”

While another added: “I’m convinced Chloe’s dodgy! She could be Tony’s daughter and I don’t believe she couldn’t reach the van hatch – convenient that Jonesy ended up dying instead  and she was also in the room when Steve and the lawyer exchanged nods to confirm he’d spoken anonymously.” 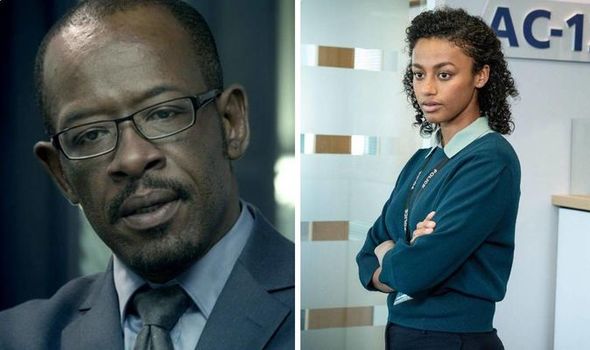 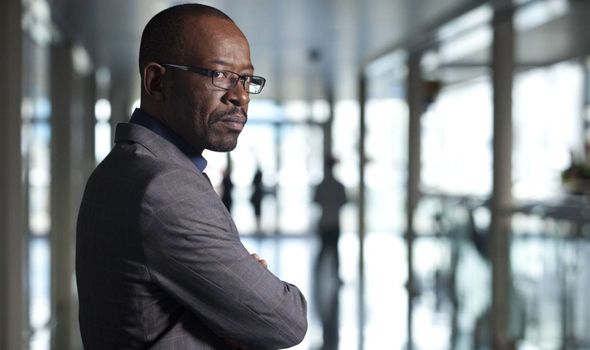 Who is Tony Gates in Line of Duty?

Tony Gates was the central focus on season one, accused of laddering which means to make his record of catching and successfully charging criminals better than what it really is.

He was also having an affair with businesswoman Jackie Laverty (Gina McKee) who had run over and killed her accountant who knew of her own dodgy dealings.

In a bid to protect Jackie, Tony tried to cover up what she had done by disposing of the record that she and the man knew one another.

But this detail had already been spotted by Steve before it was erased from the files. 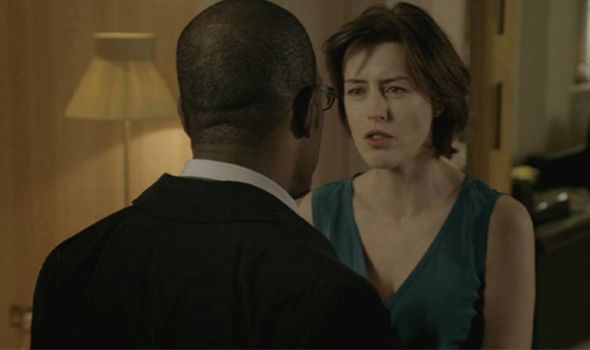 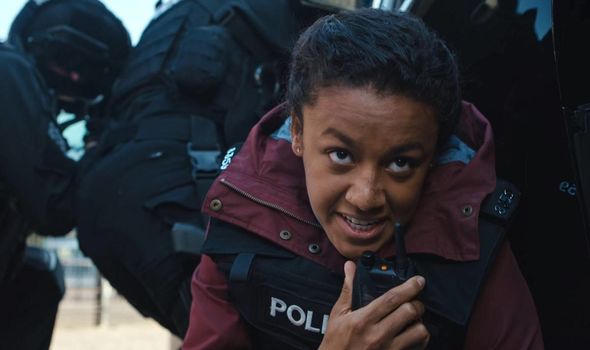 After realising what he had done, Tony decided to arrest Jackie but then armed masked men who were part of the Organised Crime Group stormed into her home.

Later on in the series, Tony is able to track down Tommy Hunter (Brian McCardie) who was a major player in the OCG.

He pretended to be corrupt in order to get Tommy to confess to having Jackie murdered which he did and was able to hand over him to Steve and Kate.

Sadly, he knew this would be the end of his career and so Tony decided he wanted to do one last thing for his family.

If Tony was taken to prison, then his wife and children wouldn’t get any financial support, something which Jackie had previously been helping with.

But if he died in the line of duty, then they would receive help from the force so his family wouldn’t have any money worries.

So on a busy highway, Tony told Steve how he was never bent, before throwing himself in front of a truck.

Feeling sorry for his loved ones and Tony, Steve told his superiors how he did die in the line of duty.

Line of Duty season six will be airing its fifth episode this weekend on Sunday, April 18, on BBC One.

In the latest episode, fans were left with a cliffhanger as Steve teased how DCI Jo Davidson (Kelly Macdonald) was related to someone we have already met in the show.

But who is her blood relative and will it have an impact on the investigation?

Line of Duty season 6 continues every Sunday at 9pm on BBC One.