Home » TV and Movies » Why 'Shark Tank's' Mark Cuban Personally Answers All Emails and Texts: 'I Don't Need to Unplug'

Why 'Shark Tank's' Mark Cuban Personally Answers All Emails and Texts: 'I Don't Need to Unplug'

Mark Cuban of Shark Tank has established himself as a business icon. With his list of credits including tech guru, NBA team owner, film producer, and reality star, Cuban rarely slows down and consistently goes way beyond a 40-hour work week.

While most people in the workforce try to disconnect when they clock out for the day, the Shark Tank star keeps all devices fully charged and in use til he turns in for the night. 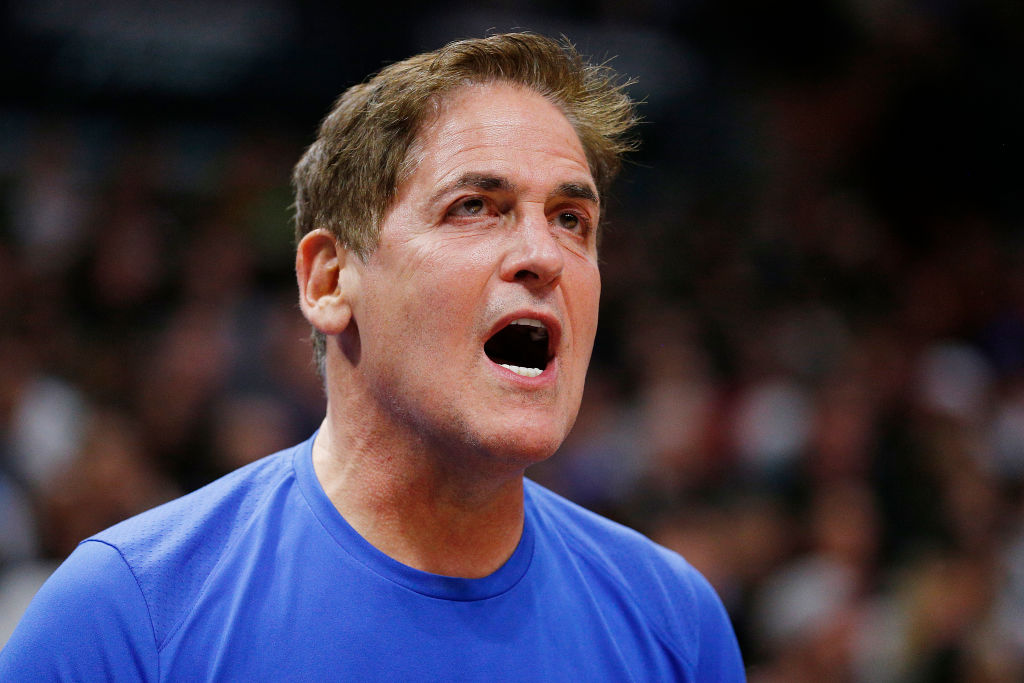 In November, Cuban was a guest on fellow Shark Barbara Corcoran’s podcast “888-Barbara,” where Corcoran commented on the NBA team owner’s ability to quickly respond to texts and emails.

“How do you do it? How do you unplug, Mark?” Corcoran asked, according to CNBC. “You’re constantly on. How do you pull out the plug, or is that not necessary? Is that a fallacy?”

“I don’t need to unplug for the most part,” Cuban told Corcoran. “I’m the only one who sees [the emails and texts]. Going back in my business and career, it’s always been easier for me just to do it than to explain to someone what I want. It’s just easier for me and faster.”

Tomorrow at 3pm ET @mcuban is joining me for an Instagram live to discuss our thoughts on the new normal, PPP loans, and more. If you've got a question for us, comment here.

Rather than having an assistant deal with his correspondence, Cuban personally answers emails and texts, saying dealing with “kooks of the world” is the “fun part.”

“I’ve always done email. I have emails going back 25 years. And it’s just like delete, delete, delete,” Cuban said. “I can just read the first paragraph and know, as opposed to someone not knowing, sitting down, reviewing everything, explaining to them, trying to adjust and figuring out what to do next.”

Mark Cuban likes to personally interact with fans and followers

The Dallas Mavericks owner feels that having somewhat of an open-door policy with people can make a difference and be a help to others. In October, Cuban even gave his phone number to the public via the celebrity texting platform Community and encouraged people to text him with questions.

“Not every entrepreneur, not every business-person wants to put themselves out there. But I will,” Cuban said on the Oct. 10 podcast of “On Air with Ryan Seacrest.” “I’ll try to answer 20-30 a day. You can text me. I think being accessible, being available, that’s important.”

Even with his busy schedule, Cuban always makes his wife and three kids a priority despite the fact that his two daughters are in their teenage years.

My baby is going to camp 🙁. But we had to have an @ihop breakfast send off 🙂

“I just try to connect with my family and be available for them. I kidnap them to go to lunch. My son is 10, so it’s still fun,” he said. “But with my 13 [-year-old] or 16-year-old [daughters], it’s like everything is a one-word answer. They’re good kids, so it’s fun to spend as much time as I can.”

Dallas Mavericks owner is no stranger to hard work

Cuban is renowned for his strong work ethic and prides himself on being a grinder. Never one for a 9-5 work day, he starts each morning by getting plugged in.

“My days are straight out of the movie Groundhog Day. I wake up, check my email, news feeds and eat. I kiss my wife and kids, and get them to school,” Cuban told Entrepreneur in 2012. “I come home and get back in front of my computer. I’ll go workout. I’ll play with the kids when they come home. I’ll sit in front of my computer some more.”

I support @cmnhospitals during #childrenshospitalsweek because #kidscantwait…for a cure, the curve to flatten or for an economic boost. Go to changekidshealth.org to learn more.

His day doesn’t end there, where Cuban may check out his team on TV if they’re playing and then head back to his other screen. “If there is a Mavs game I check my email at breaks and go to my computer at halftime,” the Shark Tank star said. “After the game, I do the same thing until I go to bed.”

No wonder Cuban is a billionaire!