Why Sony's Streaming Deals With Netflix AND Disney Make Sense

While entertainment industry watchers were quick to expound on the reasons why Sony Pictures Entertainment’srecently announced U.S. movie licensing deal with Disney is a win for Sony, it’s also a win for Disney. And for Netflix, which in early April had announced a massive movie pact with Sony that gave the streamer the so-called “Pay-1” window that grants the rights to the first TV airing of a movie following its theatrical run and home entertainment release.

Disney has access to Sony’s 2022-2026 theatrical movie slate following Netflix’s exclusive window. Pay-1 windows typically last for 18 months, which begs the question of why an entertainment behemoth like Disney would be willing to play second banana to Netflix. But in today’s fast-changing world of so-called “windowing,” experts say the second window can be as valuable as the first.

And, streaming experts say, that’s good news for both the second window buyer as well as for the future of studios comparable to Sony such as Lionsgate, with valuable library content for sale but perhaps not the billions in the bank to launch branded streaming service of their own.

Although financial terms of the deals were not disclosed, it is probably safe to assume that the “post-Pay 1 window” — which somehow never seems to be referred to publicly as the “Pay-2 window” — was less lucrative for Sony than the Netflix deal, but financially, two windows have to be better than one for Sony. But why would Disney, with its own massive library of content including Pixar animated films and most of the Marvel Cinematic Universe (excluding various “Spider-Man” movies), make a second window deal for even more content?

Probably because there’s no longer any timeline logic attached to the definition of “window” in today’s streaming world, according to industry experts. Although the endless appetite for new things to binge has all streaming services scrambling for additional library content, the timing of the window may not matter as much as it might appear.

“What are windows today — what are, really, windows?” René Santaella, executive vice president of digital and streaming media for Estrella Media, a Spanish language media company based in Burbank, told TheWrap. “The window is when someone, a consumer, wants to watch what they want to watch, and when they’re going to watch it.

“There is no such thing as six months later being late. A year later, (content) could be new for someone because they were watching a bunch of other titles, or binging another show,” added Santaella, an entertainment veteran who has held executive posts at both Sony and Disney. He added that time and the attendant word-of-mouth can bring a new audience to content long after its makes its debut in any window.

In the age of streaming, he said, “Windowing is completely turned upside down.”

Jamice Oxley, an attorney with New York-based Pryor Cashman’s Intellectual Property, Media and Entertainment and Digital Media Group, added, “The windows after theatrical release are up for grabs, and nobody really knows how much money is in each.” 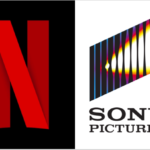 Building the content library is important for both Netflix and Disney regardless of the window, Oxley added.Though Netflix may profit from the first window since the content will be newer, “for Disney, maybe they feel that they’ve got a lot of fresh, big, things that are new stuff for them, and the (Sony deal) is just to keep feeding the giant beast with more.”

For Sony, which has suffered financial problems in recent years (as well as the long-lasting negative press surrounding the infamous “Sony hack” of 2014) profiting from two windows is of course better than selling just one. The company has made public its intention not to jump into the independent subscription video-on-demand (SVOD) game by introducing its own branded streaming service like a Disney+ or Apple+. In 2019, Sony shut down its pay TV streaming service Vue, which Vox disparagingly called the “pay TV service you never used.“

Sony remains a stakeholder in the advertiser-supported (AVOD) streaming service Crackle (majority-owned by Chicken Soup for the Soul Entertainment and streaming CSS movies and TV shows) but two years ago sold its majority interest in Crackle — now called Crackle Plus.

Industry watchers say staying out of the increasingly competitive SVOD world provides a practical model for a studio like Sony, reaping financial rewards without spending the billions in would take to launch a streaming service that could realistically compete with Netflix or Disney+. Oxley pointed out that Sony’s Playstation and gaming business may be viewed as a stronger asset than its film studio so it makes sense not to invest in launching its own branded streamer.In fact, games revenue soared 34% and music sales grew 11%. Sony Pictures revenue decreased 25% in 2020, it was revealed in Sony’s May earnings call. 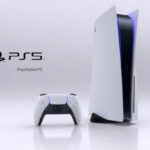 “The Disney-Sony deal is a match made in entertainment heaven,” Gene Del Vecchio, an adjunct professor of marketing at USC’s Marshall School of Business specializing in entertainment, told TheWrap. “From Sony’s perspective, it provides a steady stream of licensed income needed to shore up an unpredictable film unit whose fortunes rise and fall each year based on a handful of movies.”

Del Vecchio described Sony as “an arms dealer who sells military equipment to all sides of warring countries,” adding that Sony’s lack of its own major streaming platform the studio to be a free agent to all streamers. He also sees high value in the synergy of uniting the “Spider-Man” franchise — whose new films are tied into Disney’s Marvel Cinematic Universe — under one roof (although this house has two different windows). “We have already seen how two companies agreed to use the same actor, Tom Holland, for the Spider-Man character that appeared in each studio’s films,” he said. “Sharing of characters and storyline threads between the studios is vital so that audiences see a seamless Marvel Cinematic Universe unfold. That alone is worth billions of dollars to each studio.”

Estrella exec Santaella agreed that the Sony-Disney pact unites the Marvel library in a way that will benefit both studios, as well as viewers who may already have invested in Netflix or Disney+. “I think the consumer is winning here,” he said.

But Sony’s go-it-alone position on streaming may prove challenging in the future. “Where it gets more difficult for a company like Sony down the line is, what happens when you don’t have a franchise title on a new property, a new series or movie of whatever, how do you make sure it performs well in this new environment?” Santaella said. “They are being smart in that they are using their big franchise properties as anchors, to kind of pull along those those titles that are part of those deals too.” 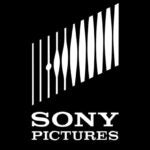