Though The Beatles officially parted ways in 1970, the band had stepped away from touring several years earlier. In fact, the last show the band played for paying customers came at San Francisco’s Candlestick Park on Aug. 29, 1966.

If you look at the Fab Four’s path to Candlestick that summer, you’ll see why the band needed a break. That July, while leaving the Philippines, The Beatles had been spat on and shoved about. (It was worse for their crew.)

When they arrived in America in August, things only improved slightly. By then, the John Lennon comments about the band being “more popular than Jesus” brought out more boycotts, along with threats from the Ku Klux Klan. In brief, touring had become hardly worth the money.

But it didn’t stop at these incidents. Since the early days of Beatlemania, the group had a hard time taking their live performances seriously with thousands of screaming girls unable to hear what they were playing. And early on they began substituting obscene lyrics at their raucous gigs. 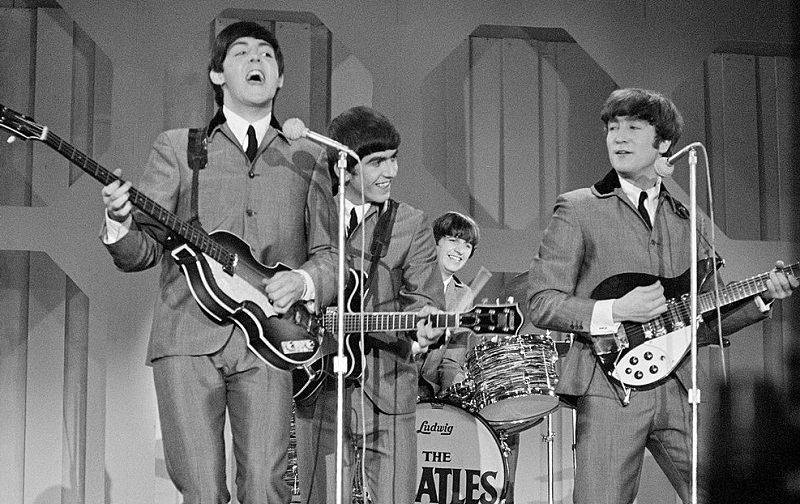 When The Beatles played to 56,000 people at New York’s Shea Stadium in 1965, the group inaugurated a new era of stadium rock. To that point, bands couldn’t command those types of crowds, and the sound issues became apparent right away.

In Anthology, Paul McCartney noted that his future wife Linda was at Shea in ’65. “She was quite pissed off with everyone screaming,” Paul said. “She genuinely wanted to hear the show. That wasn’t the deal, though. Not then.” Paul’s bandmates also acknowledged that one could hear them.

By the following year, Ringo had seen the end of the line. “Nobody was listening at the shows,” he said in Anthology. “That was OK at the beginning but it got that we were playing really bad.” John said he’d lose his voice at times and no one would notice.

“The music wasn’t being heard,” John recalled in Anthology. “It was just sort of a freak show. […] The music had nothing to do with it.” However, the band did find ways to cope with the shouting at the beginning of Beatlemania. Singing vulgar substitute lyrics was one of them. 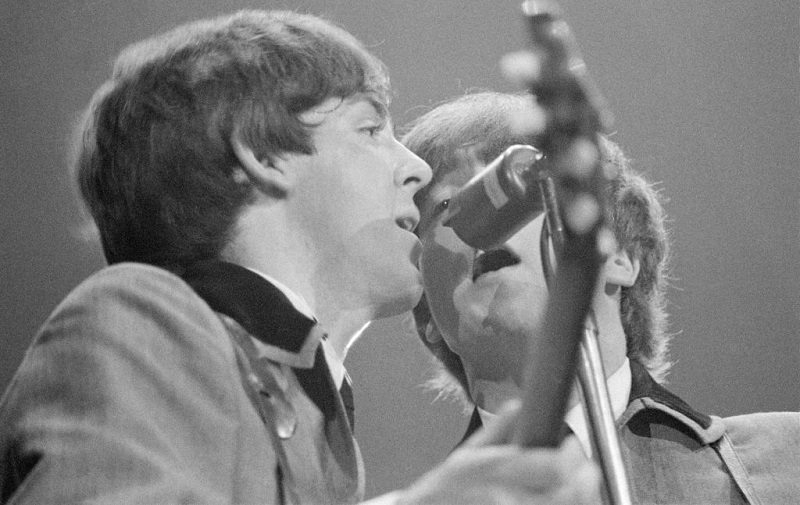 If you play to an audience of teenage girls screaming at the top of their lungs, it becomes clear right away that your songwriting and musicianship aren’t being appreciated. So how did The Beatles cope? Mostly, they tried to entertain themselves.

At the Shea Stadium show, you can see John doing his best Jerry Lee Lewis impression by running his elbow across a keyboard. And you’ll often see John and Paul joking with George Harrison during shows of the era.

But the Beatles’ vocalists also amused themselves by injecting dirty lyrics into their performances. In The Ox, the 2020 biography of Who bassist John Entwistle, Paul Rees includes an excerpt from Entwistle’s unpublished biography written about a 1964 show The Who played with The Beatles.

Listening to the Fab Four’s performance backstage, Entwistle and his bandmates quickly realized the moptops weren’t singing their famous lyrics. “[The members of The Who] were crying with laughter at the words they were singing,” Entwistle wrote.

“It’s been a hard day’s c*ck,” Entwistle recalled the clean-cut Beatles singing over the direct vocal feed going backstage. (The screaming girls had no way of hearing it.) And Entwistle caught a reworking of another Beatles classic later in the set. “I wanna hold your c*nt,” he heard them sing.

Also see: Why John Lennon Wrote ‘A Day in the Life’ and Other Masterpieces in a Time Crunch