Drew Goddard directed and co-wrote the screenplay for The Cabin in the Woods alongside Joss Whedon. The horror movie is a piece of commentary on the state of the genre. The story follows five friends who go to a remote cabin for a change of scenery. However, everything changes when they discover the horrific truth behind the cabin, which will end in their sacrificial deaths if they don’t work together.

The Cabin in the Woods teases the cookie-cutter story formula and character tropes that run through the genre. As a result, the five friends encounter iconic symbolism and objects that call back to various horror flicks over the years. However, The Cabin in the Woods introduces The Ancient Ones, who demand human sacrifice. The Director provides the blood of those who stay in the cabin through conventional horror means, such as supernatural entities and serial killers.

The leads of The Cabin in the Woods make decisions that are a bit different and change the script from the typical horror flick. This is a reflection on moviegoing audiences, who tend to prefer the same repackaging of their content. The movies that take risks into the original territory are often punished for doing so at the box office.

The Cabin in the Woods 2 simply wouldn’t make sense. 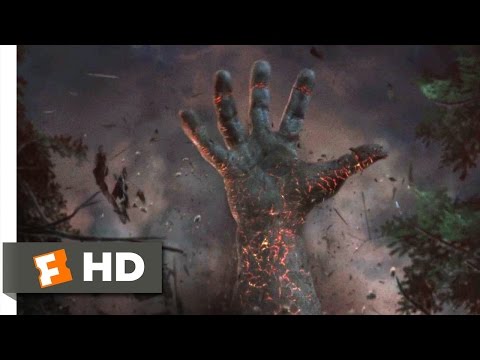 After the ending of Goddard’s film, it’s clear why The Cabin in the Woods 2 simply wouldn’t make sense. The final two survivors of the group decide not to kill one another. As a result, The Ancient Ones make the decision that humanity is not worth saving and a giant hand emerges that destroys everything in sight.

It’s a bit difficult for The Cabin in the Woods 2 to happen when the entire world is gone. However, writers could certainly workshop a way to figure it out if they wanted to, but it’s clear that the filmmakers are happy with the statement they made.

The Cabin in the Woods takes some risks, just as it suggests most modern horror films fail to accomplish. Not only did it kill off the entire cast, but it killed off the entire world. The facility that handles the sacrifices to The Ancient Ones failed its mission and the entire world paid the price.

Even if the world wasn’t destroyed at the end of the first installment, making a sequel would betray Goddard and Whedon’s commentary. The Cabin in the Woods is poking fun at the film industry, horror creatives, and the moviegoing audience all at the same time. Regardless of the type of creature, entity, or serial killer, many films ultimately rely on franchises or repackaging what’s old and selling it as something new.

The Cabin in the Woods 2 would mean the beginning of creating a franchise of its own and repackaging the original. As a result, they would be committing the crime that it’s making fun of in the first installment. The Scream franchise often gets away with performing the horror tropes that it points out, but The Cabin in the Woods doesn’t appear to have any interest in pursuing that avenue.

The moviegoers who agree with the point that the film is making won’t want The Cabin in the Woods 2, to begin with. Support more independent horror filmmakers and pay to see more original movies that dare to tell risky storytelling at the potential cost of box office dollars.

The Cabin in the Woods celebrates its 10-year anniversary on April 13.