Home » TV and Movies » Will Smith Is Gone, but the Academy Hasnt Even Begun to Deal with the Sting of His Slap

Will Smith Is Gone, but the Academy Hasnt Even Begun to Deal with the Sting of His Slap

As every Hollywood publicist knows, controlling the narrative is the secret to success. When presumptive Best Actor winner Will Smith smacked Chris Rock across the face on the Oscars stage everyone lost that control, including Smith. “It was like someone poured concrete in that room,” producer Will Packer said on Good Morning America on Friday, in his own bid to claw back some of that power. “It sucked the life out of that room and it never came back.”

Jessica Chastain and Ariana DeBose delivered smart speeches that did the Oscars proud. Best Supporting Actor winner Troy Kotsur saw his hometown of Mesa, Arizona fly banners to celebrate his historic victory. Smith also could have enjoyed the sweet peak of his three-decade career this week: One reason he won the Oscar is Hollywood understood that he might never deliver a strong performance in a movie as well-reviewed as “King Richard.” (Its 76 Metascore is his best ever.)

Even before he received the award, the opportunity was lost. From the moment he slapped Rock, his CAA team and PR reps at The Lede Company had to fulfill a new mandate: saving his bacon. That meant letting Smith give that Oscar speech rather than endure the humiliation of being removed from the room.

When he took the stage to speak for five minutes and 18 seconds, Smith said he is “a river to his people.” He got that much right: a river of revenue. He spent a very long time as the biggest global movie star starting with “Independence Day” in 1996. followed by the “Men in Black” franchise. He helped push the Disney live-action “Aladdin” to $1 billion worldwide. His track record also has plenty of flops (“Wild Wild West,” “After Earth”), but he can still command top dollar in commercial studio projects. Next up: Antoine Fuqua’s $120 million AppleTV+ slave drama “Emancipation,” aimed squarely at Oscar voters. Or at least, it was.

Smith’s career as he knew it is gone. He’ll continue to work and draw audiences, but it’s impossible to restore the careful construction of his genial image. Oscar co-host Amy Schumer confessed on Instagram to still feeling traumatized. On talk show “Ellen,” hosted by another former Oscar host, co-host Wanda Sykes said she wanted to tell the audience that Smith could not be there to accept his Oscar. Regina Hall hasn’t spoken, presumably because she’s tight with her “Girls Trip” producer Packer, like her co-star Tiffany Haddish, who supported Smith. 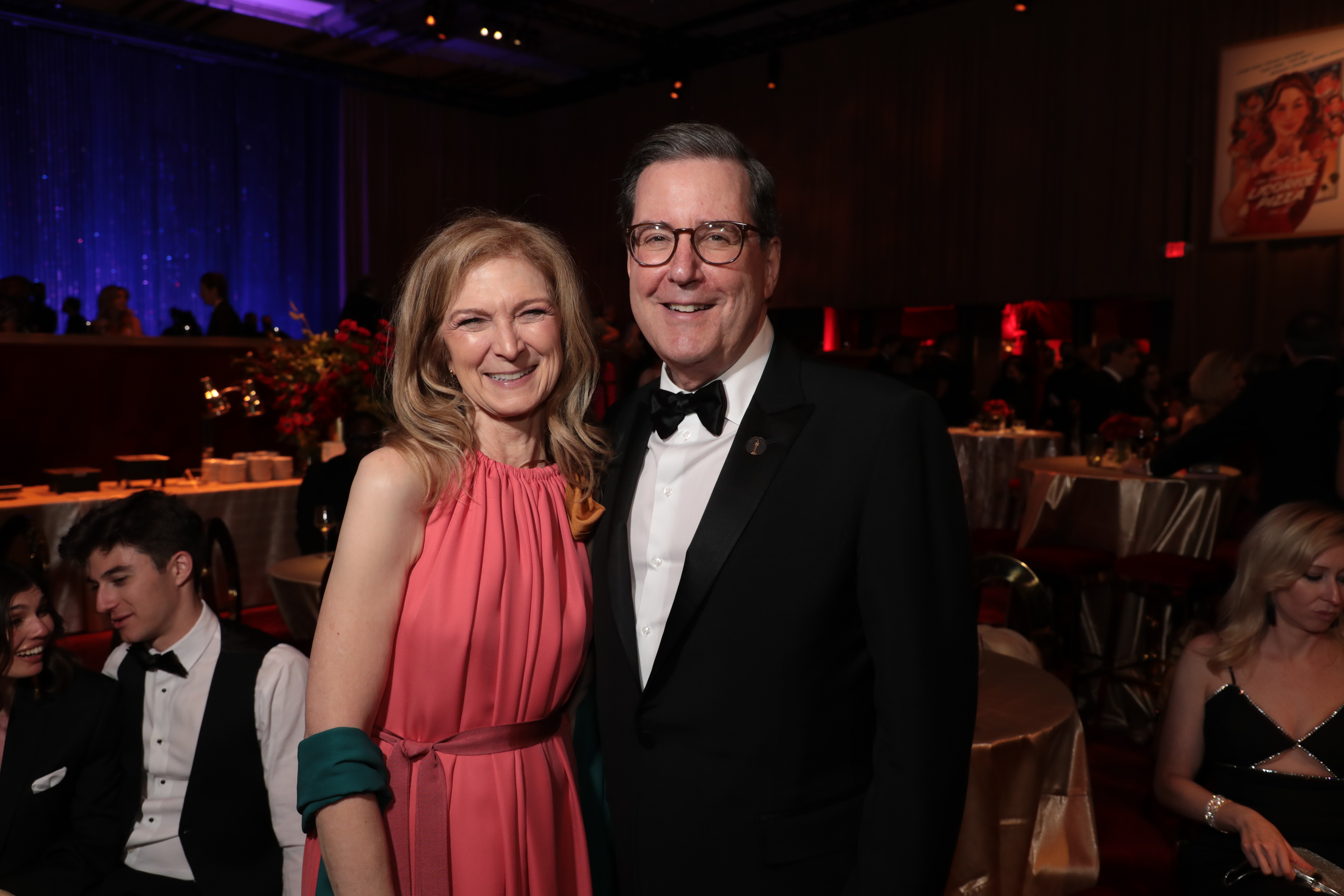 Back to the publicists. Post-slap, the first thing Academy CEO Dawn Hudson and president David Rubin did was rush to the green room and confer with Smith’s veteran press agent, Meredith O’Sullivan Wasson, co-CEO of The Lede Company. Up to Smith’s acceptance speech, according to reports, the trio went over various scenarios as Wasson ran back and forth to her client.

With that, the buck-passing began. Packer said he spoke to Rock and the LAPD about whether to press charges, but Rock said he didn’t want Smith to be arrested and taken out by police. When Packer got wind that the Academy wanted Smith to leave, he told Rubin and Hudson that Rock did not want Smith to be thrown out. (In his GMA appearance, Packer still sold his spin of a smooth Oscar show and that letting Smith speak was the right thing to do.)

Did Rock specify that he didn’t want Smith to leave the premises? And why would the just-assaulted and traumatized Rock be the dominant factor in the Academy’s decision? There were many ways to quietly usher Smith out of the room, but Hudson and Rubin were unwilling to face the powerful movie star before the Dolby Theatre audience and possibly have him refuse to leave.

So they let him accept his Oscar and make his apologia as the house erupted in cheers and a standing ovation, including Smith’s fellow Best Actor nominee Benedict Cumberbatch. Packer told GMA that folks in the room offered Smith support in his time of need.

Now on tour, Rock has yet to make a full statement about what happened. “Chris Rock handled it with class and dignity,” said one Academy producer’s branch member who fully supports the Academy’s actions on Oscar night. “Hats off to him. I don’t know that anyone else could have handled it any better.” 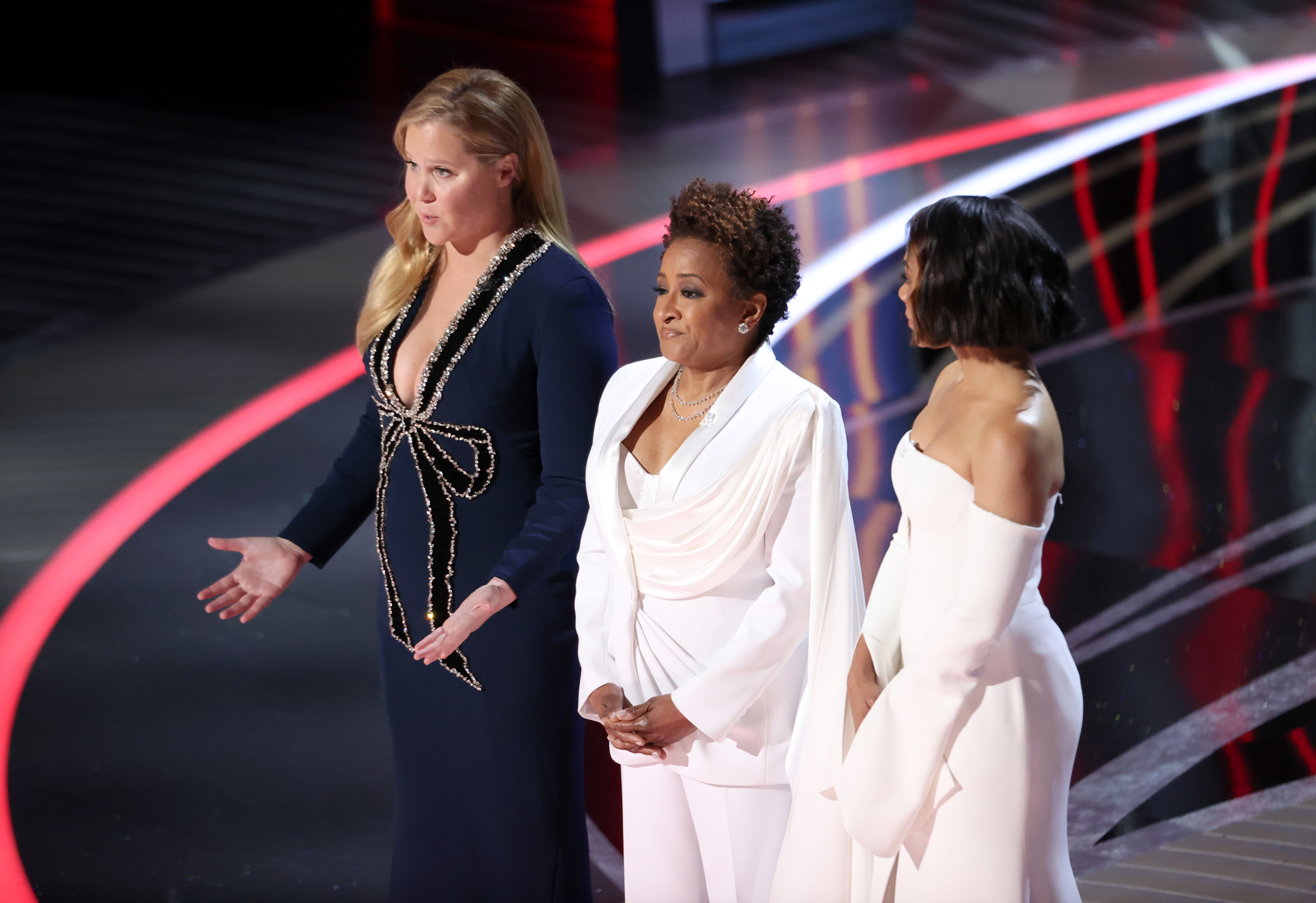 “It was not handled correctly,” said a former Academy governor. “Somebody needs to be in charge of this fast-moving show with a lot of pressure and money and people on the line. The Academy should have taken control of the show in real time and fixed it.”

Hindsight being what it is, the Academy had a brief window to salvage its narrative by removing Smith during the commercial break that followed the Oscar win for “Summer of Soul.” Certainly, that wouldn’t restore normalcy; it would have instigated its own crisis as the audience texted Twitter and each other about Smith’s removal, and murmurs would follow when presenters Uma Thurman, John Travolta, and Samuel L. Jackson had to accept the Oscar on Smith’s behalf.

However, the Academy would have seized the night by signaling to the industry and to the audience — adults and children alike — that the behavior was unacceptable. Only the Academy — not Rock, and certainly not Smith’s team — had the power to do that.

“He should have been made to leave,” said one Academy member. “The problem is over-investing a movie star with too much power. We need authority and clarity; nobody’s above the law. The minute he walks up to the stage, he violates the live show, and should be stopped.”

While Smith skipped the press room and the Governors Ball to dance at the Vanity Fair party, the Academy still seemed to hope that all of this might blow over. Ninety minutes after the show ended, a Twitter post made the Academy’s first official, tentative acknowledgement of the crisis.

The next morning, the industry woke with a raging Will Smith hangover and the Academy released a strongly worded email: “The Academy condemns the actions of Mr. Smith at last night’s show. We have officially started a formal review around the incident and will explore further action and consequences in accordance with our Bylaws, Standards of Conduct and California law.”

Later that day, Lede’s crisis PR press agent, Sarah Rothman Levinson (a Weinstein Co. alumnus), shared Smith’s Instagram post that struck all the notes that he should have said from the stage, including an apology to Rock.

Finally, Smith seized the narrative once more with his announcement Friday afternoon that he would resign from the Academy. By denying the Academy the satisfaction of kicking him out, he also laid the groundwork for his inevitable apology tour. That was the smartest and most strategic thing Smith could do, but the Academy is left with an institutional crisis that no crisis-communications Instagram post can touch.

It took the Academy more than 12 hours to clearly acknowledge what happened on its stage. The opportunity to restore its authority by canceling his membership is gone. Rubin immediately acknowledged receiving and accepting the resignation, adding: “We will continue to move forward with our disciplinary proceedings against Mr. Smith for violations of the Academy’s Standards of Conduct.” By the time the board meets April 18, Smith’s resignation will be three weeks old and the Academy hasn’t even begin to deal with the sting of his slap. 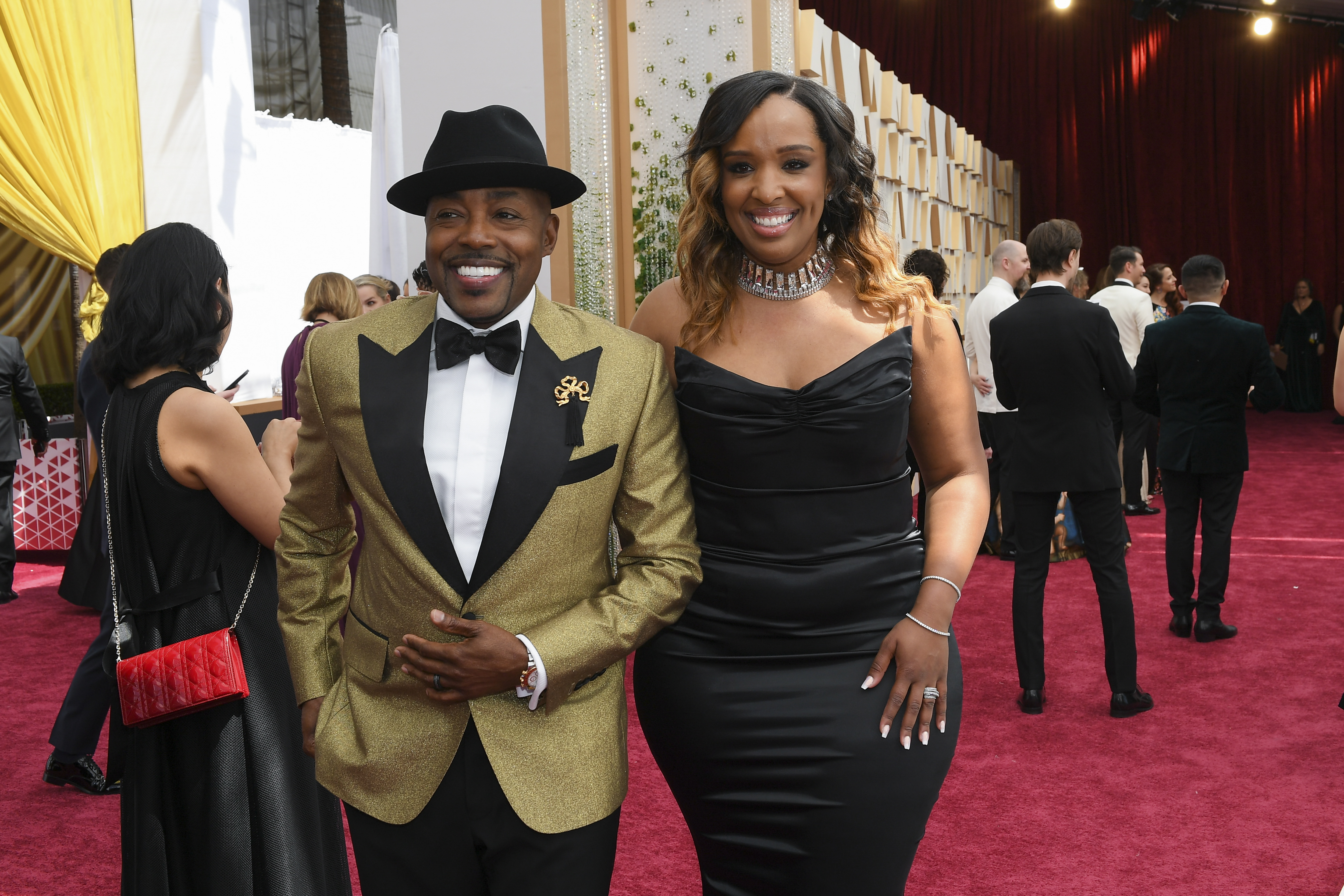 Will Packer and Heather Hayslett at the 94th Academy Awards

In addition to discussing potential Smith sanctions, the Academy board of governors will review the eight categories presented in the hour before the show and edited into the telecast. (Governor Steven Spielberg plans to bring it to debate.)

The Academy is an unwieldy and divided organization whose elected governors are technically beholden to their 9,500 branch members, but tend to heed only the most elite. Disney-owned ABC wields more control over the show then ever.

“There’s a deep desire to get the ratings up, anything we can do to get them up,” said the former governor. “You need a strong, powerful producer who understands and is figuring out what’s best for the Oscar brand. You can’t break the back of it. You have to get back to what will work for a contemporary awards show.”

A comparison that once seemed impossible now seems like less of a stretch: The tsuris that surrounds the once- Tiffany Academy reminds us of its shabbier cousin, the Golden Globes. Again, a small group of people tried to keep up with a popular and lucrative awards show — and stumbled as ratings fell. When hundreds of millions of dollars are at stake, it’s easy to lose your way. The folks running the Academy are more savvy and politically enlightened than their Hollywood Foreign Press Association counterparts, but absolute power corrupts absolutely.

The show’s hosts and presenters often made jokes at the movies’ expense — from “The Power of the Dog” to “The Last  Duel” — although in some measure that is an Oscar tradition. One difference: In prior decades, nothing was bigger than movies and they could take the hit. Today, the entire enterprise is vulnerable.

To many folks’ discomfort, Trevor Noah captured the zeitgeist better than anyone in the Academy may realize: