William and Kate defended for including children in funeral

Monday saw the televised funeral of Queen Elizabeth II taking place, and Prince of Wales, William and Princess Catherine made the decision for Prince George and Princess Charlotte to attend the event. Speaking on Tuesday’s This Morning, Camilla Tonimey reflected on how the nine and seven-year-olds “behaved impeccably” and defended the royals’ decision for the youngsters to attend, arguing it was “perfectly right”.

This Morning presenters Holly Willoughby and Phillip Schofield were discussing the funeral, which is estimated to have been watched by 4.1 billion people globally.

At one point, Holly turned her attention to the young royals who stood beside their parents throughout the funeral.

“And you’ve got the young royals yesterday,” Holly commented.

“They did Gan-Gan proud,” Phillip replied, referencing the affectionate name given to Queen Elizabeth II by her great-grandchildren. 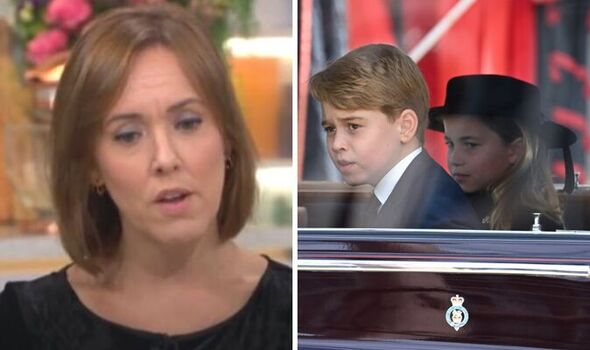 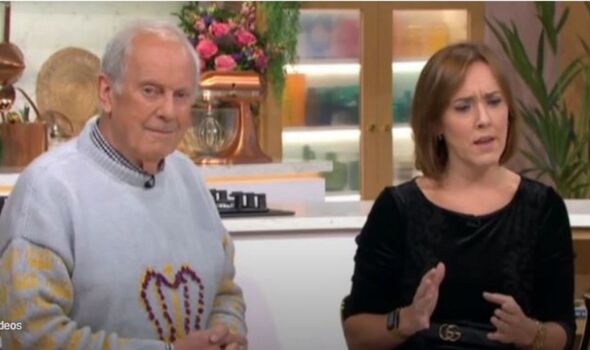 “They did, didn’t they?” Camilla commented. “Charlotte’s hat! And little horseshoe brooch.”

The journalist continued: “The interaction between her and her brother I think – lip readers have said… do we have it?”

As footage showed parts of the funeral service, Holly explained they would try to get the clip Camilla was referring to.

“Well, I’ll talk about the Princess of Wales, because my goodness me,” Camilla added. 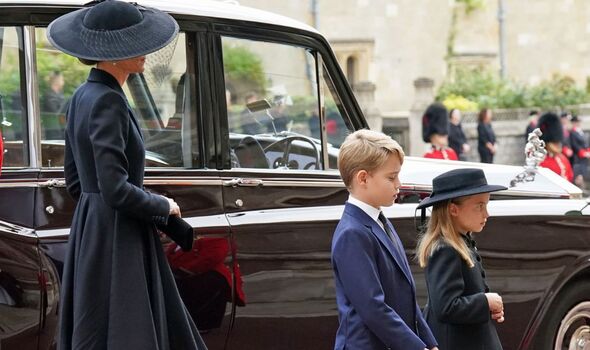 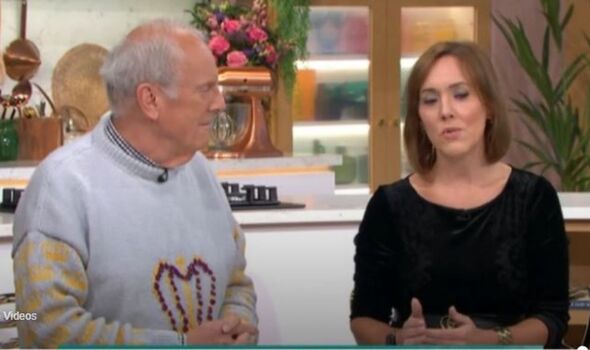 “I mean, if it was cinematic in a way, wasn’t it? Just the scenes, the family, the impeccable behaviour of these royal children.

“You know, I think it was completely right that they were there, it was a parental decision that was taken, not lightly.

“You know, the parents discussed it, ‘Can they do this? Will they be okay? It’s a lot for them to take on.’

“But not just for hierarchical reasons, because he’s a future king but also just familial ones.

“I felt that it was perfectly right for George and Charlotte to be there.”

She later explained how lip readers had predicted that one interaction between the two siblings showed a sweet moment.

Camilla relayed that experts believe Princess Charlotte muttered to George: “When the coffin goes past we have to bow,” to which her brother replied: “Yes, I know.”

The mother and father thought it was important for their children to attend the historic occasion and bid a final farewell to their great-grandmother, according to The Sun.

The two children were present throughout the whole service, walking next to their parents during the procession.

Eagle-eyed lip-readers looked out for small moments between the siblings they could attempt to translate, and the brother and sister seemed to have a few small conversations during the transitions between the services.

However, the decision to include the young royal in such prominent royals had been questioned by some, including a tense debate between guests on Tuesday’s Good Morning Britain.

This Morning airs weekdays from 10am on ITV.