Home » ‘You can’t say that!’ The Chase’s Bradley Walsh slaps down Mark over John Craven dig

‘You can’t say that!’ The Chase’s Bradley Walsh slaps down Mark over John Craven dig

As journalist John Craven got ready to face Mark after his cash-builder round during Sunday’s rerun of The Chase, the Chaser informed John he would be doing his best to send him home. As is typical on the hit ITV quiz show, however, Bradley was quick to jump to the contestant’s defence. So much so, he even warned the Beast about his choice of words, telling him: “You can’t say that!”

“Time to face The Beast,” Bradley said as John completed his round of questions.

“I grew up watching you read the news,” Mark said. “And now I’ve got news for you – you’re leaving!” 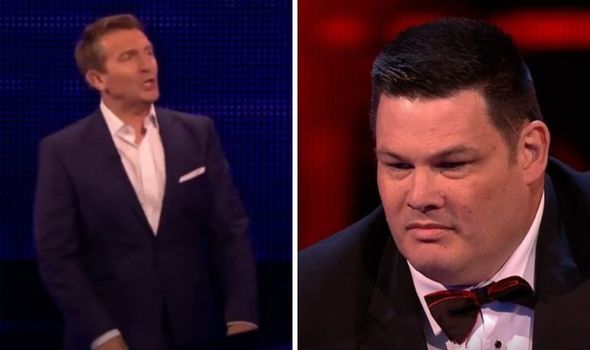 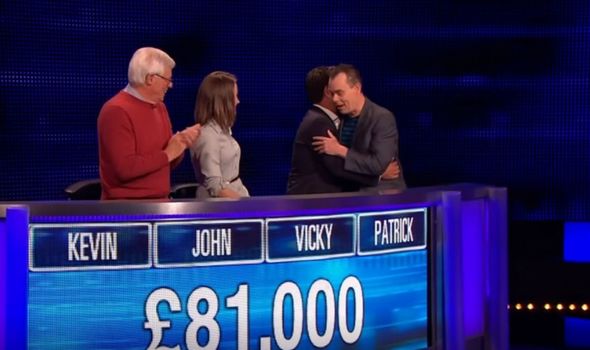 “I know,” the Chaser said as ripples of laughter erupted in The Chase studio.

“But fortunately, when I’m up here, I don’t have a conscience.”

John took a risk during his round, opting to choose the high offer of £70,000.

His teammates had egged him on to take the high amount, with actor Kevin Eldon saying: “Imagine that! It really is your call, but I’m not sure if I’d go for the higher one.”

“Someone has to go for the big one I think,” said bobsledder Vicky Williamson. 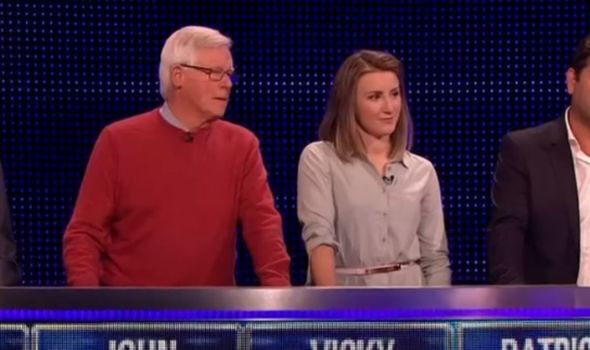 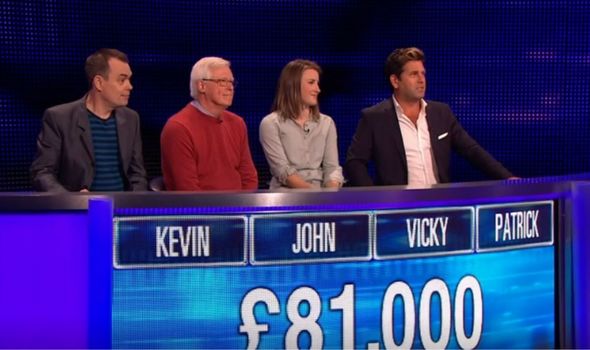 “Not sure it should be me though,” Kevin admitted.

It was actor Patrick Baladi’s turn to give his view next, and he advised John to go for it.

“I definitely think you could do the 70,” he said. “It would be very brave to do so but I think you’ve got a chance, I really do.”

The risk ended up paying off, as John answered a series of questions correctly and went on to secure the whopping amount.

He brought the total up to £80,000, which the celebrities were hoping would go towards their chosen charities.

The crowd roared in celebration as Bradley hugged John, who cheered along.

“You’ve done a brilliant job,” Bradley said. The last player, Kevin, then opted for the £1,000 in order to get back to the team as quickly as possible.

He managed to make it to the Final Chase, which saw a tense round of questioning.

The team scored 16 points, with Mark commenting that they would need five pushbacks to win.

The team saw two pushbacks but eventually, Mark managed to catch the team with 23 seconds to spare.