Eleven people including two children were electrocuted when a decorative wooden chariot came into contact with an overhead high-voltage cable.

Ten worshippers were killed instantly and a 13-year-old died in hospital during the Hindu procession in Tamil Nadu, southern India at around 2.45am today.

The wooden temple chariot used in the ceremony for Saint Appar had been below regulation height needed to turn off the power, local officials said.

But when a generator hit a snag round a corner and the chariot was lifted to adjust it, its metal fixtures touched the transmission wire. 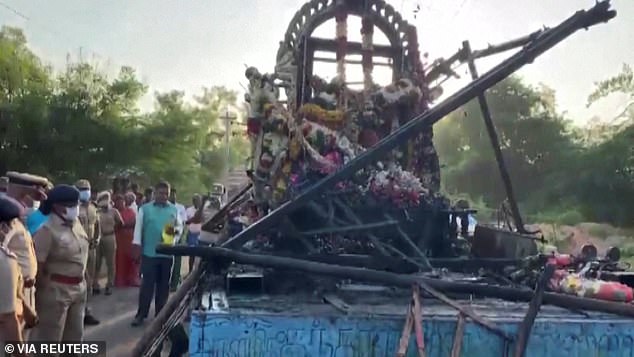 The 30-foot procession piece was covered in metal decorations and light bulbs.

A senior policeman told NDTV: ‘It seems that decorations on it increased its height and it came into contact with the live wire.’

Eyewitnesses said dozens more stepped away from a puddle in the moments before electrocution and spared their lives, the BBC reported. 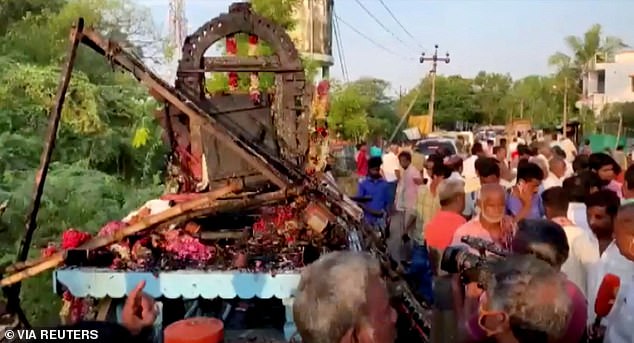 Crowds were pictured at the site of tragedy hours after the appalling incident around 2.45am 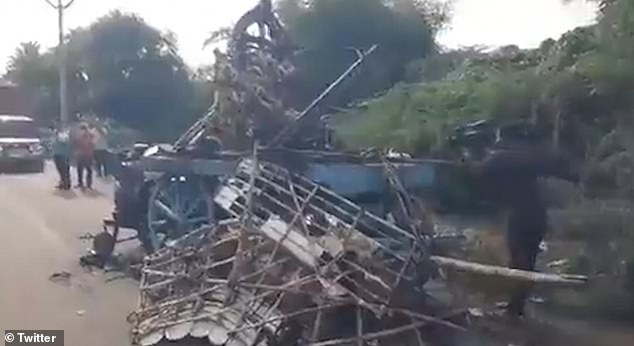 Other pictures show the mauled wooden chariot left in the street overnight while emergency services rushed people to hospital.

The procession had been on its way back to the temple as the night-long vigil ended.

The 13-year-old boy, named as Bharanitharan, died at around 7am. It’s not known how old the other child electrocuted was. 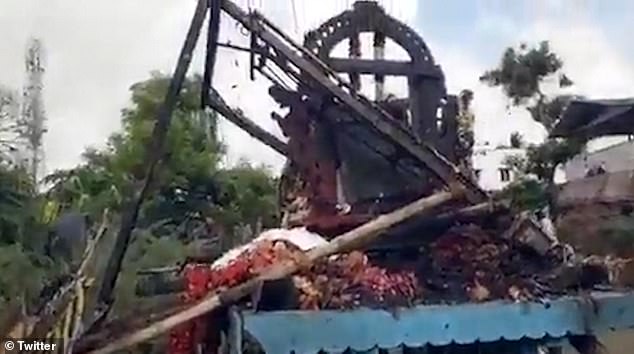 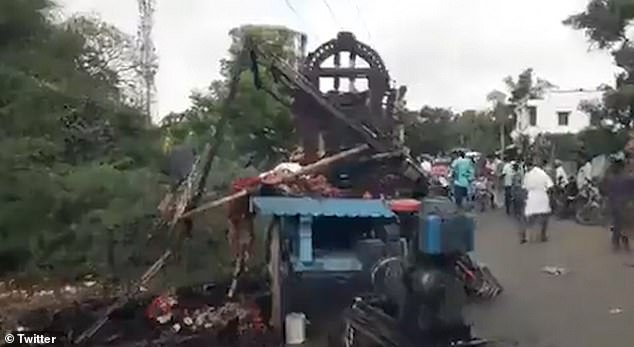 A generator used to power the fixture’s light bulbs hit a snag, forcing villagers to lift it up 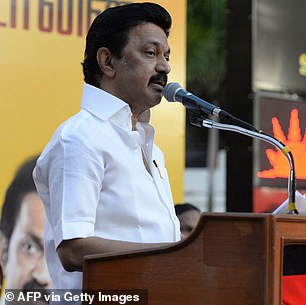 He announced compensation of 500,000 rupees (£5,185) will be given to victims’ next of kin. The regional assembly also observed a two-minute silence this morning.

‘My thoughts are with the bereaved families in this hour of grief. I hope those injured recover soon.’