3 arrested after cops clash with anti-Trump protesters in Manhattan

Cops and anti-Trump protesters clashed in Manhattan on Sunday, leading to at least three arrests.

Video captured by The Post shows the cops shoving protesters and blocking their path on the sidewalk at West 24th Street and 10th Avenue.

“Stop! Stop pushing me!” one protester shouts as police barricade the street.

A later clip shot by The Post shows protesters hurling insults at cops. 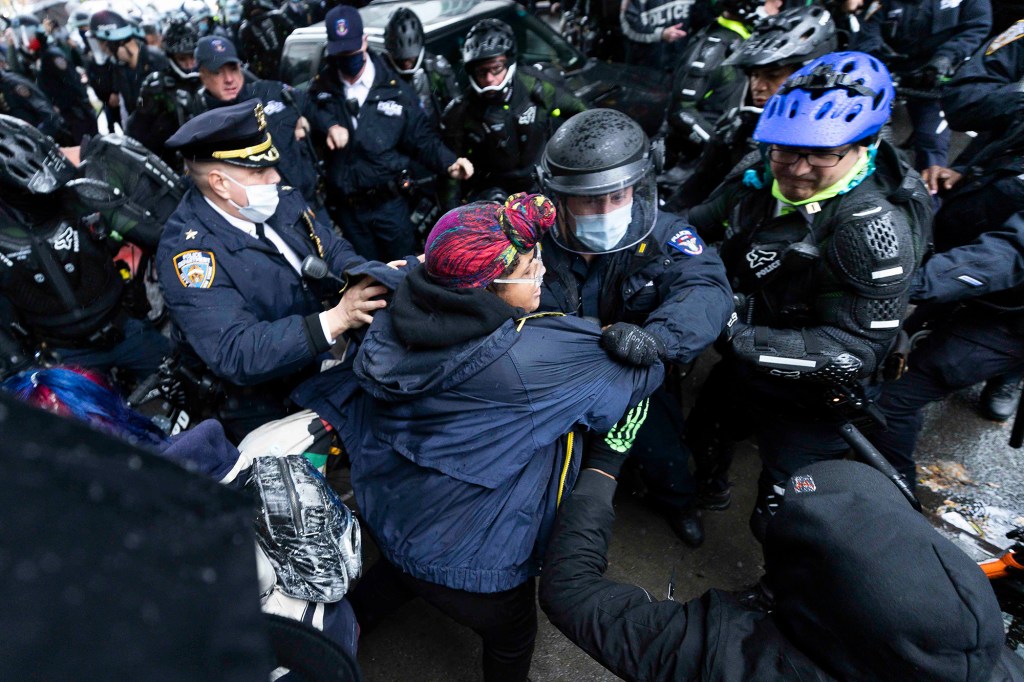 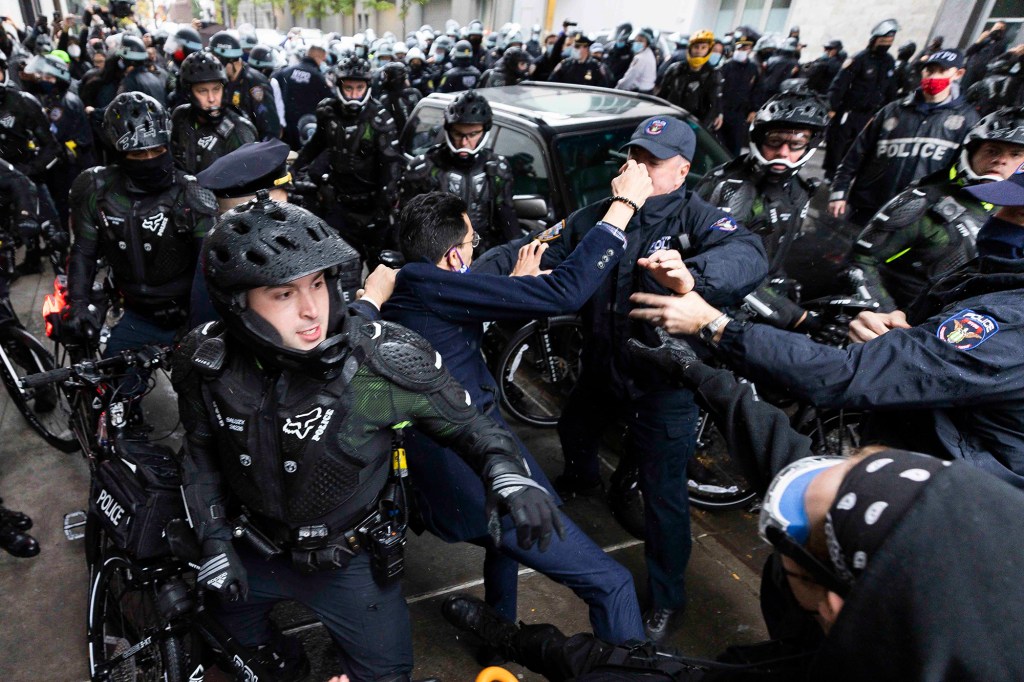 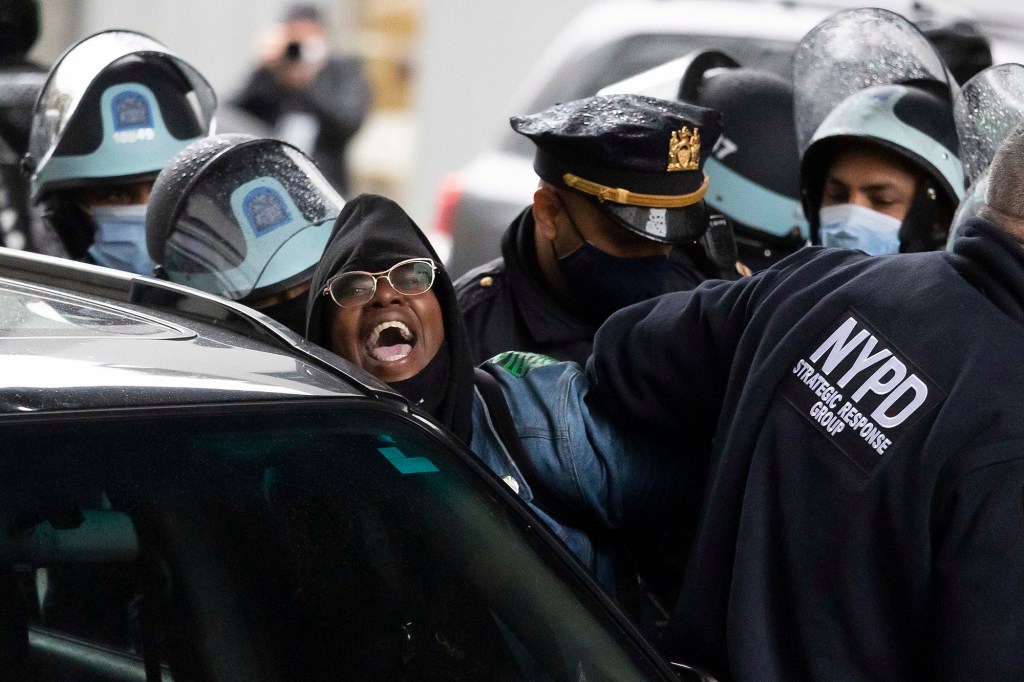 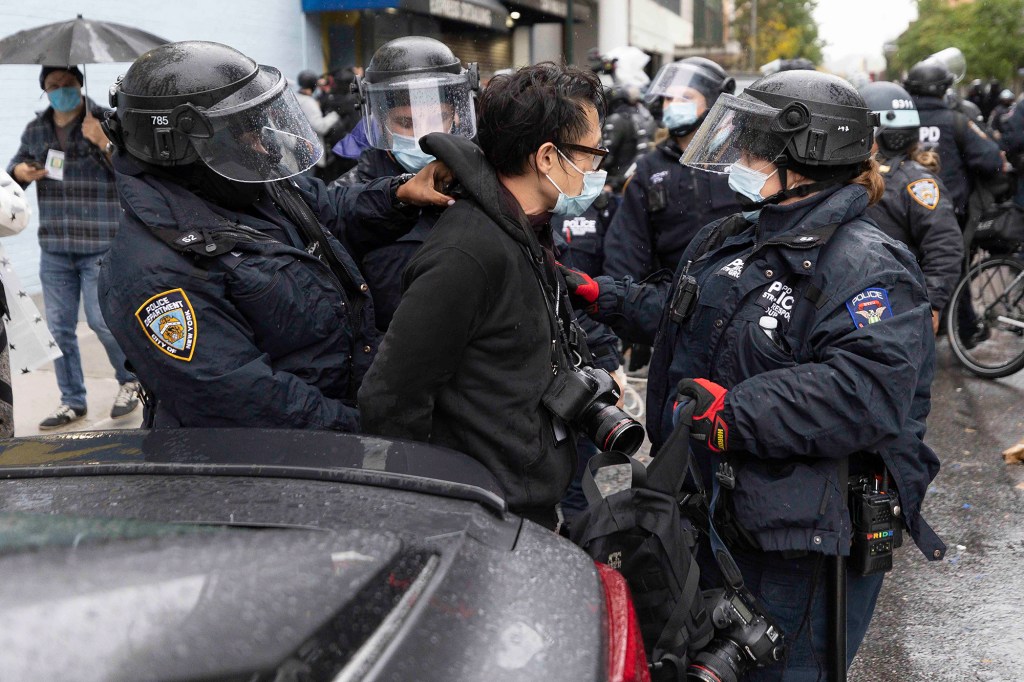