4 things Biden got right in a bumpy first year

President Biden is obviously struggling. His approval rating has been falling for months, as COVID resurges and inflation spooks consumers. Some of Biden’s woes are self-inflicted. He’s trying to push revolutionary progressive legislation through the Senate with no Republican support and the smallest-possible Democratic margin, which is why the “Build Back Better” package is on life support.

Many voters who backed Biden as a centrist in 2020 now think he’s too liberal, which could give control of Congress back to Republicans in 2022. The botched pullout of U.S. troops from Afghanistan, including 13 American deaths at the hands of a suicide bomb, was the grimmest moment of Biden’s first year and could end up being the low point of his entire presidency.

Still, Biden has accomplished a few important things. Pervasive gloom over never-ending COVID and an inflation outbreak obscures an economy that’s still growing nicely and adding millions of new jobs. The daily turmoil of the Trump presidency is gone, and COVID protection is available to anybody willing to get vaccinated and boosted. Here are four things Biden has largely done right, even if many voters aren’t noticing.

Ending Trump’s trade wars. There are no tariffs or other punitive trade measures rattling financial markets during the Biden presidency, as there were during Donald Trump's. Biden has left the Trump tariffs on Chinese imports in place, while pursuing a much quieter set of policies toward China that aren’t fully formed yet. Biden has eased the Trump tariffs on European nations and other allies, removing one irritant to trade at a time supply chains are suffering other kinks from the COVID pandemic. Biden has touted something he calls a “trade policy for the middle class,” which is supposed to emphasize the reshoring of U.S. factory work and other measures to generate good-paying middle-class jobs. It’s not clear whether that will amount to much, or even be necessary in an economy where businesses suddenly can’t get enough workers. But trade policy is quiet for the time being, and that’s good for U.S. businesses and workers.

Stabilizing foreign policy. The Afghanistan pullout was an unqualified mess. But Biden finished a pullout Trump started and Americans generally supported, after 20 years of stalemate in the graveyard of dynasties. Elsewhere in the world, Biden’s foreign-policy team is dealing with tough challenges minus the scandal and self-dealing that seemed to infuse Trump’s every move. Imagine, for instance, if it were Trump rather than Biden confronting Russia and its President Vladimir Putin over the possible invasion of Ukraine. Trump’s main policy toward Ukraine was to exploit its vulnerabilities for his own political gain, and he sucked up to Putin like a teenage Marvel fan in the presence of his favorite superhero.

Biden may or may not face down Putin, but U.S. policy is not driven by Biden’s personal desires. (Anybody who thinks it’s about Biden’s son Hunter should read the Senate Intelligence Committee report on the matter from 2020, when Republicans ran the committee. That report documents problematic profiteering by Hunter Biden in Ukraine but makes no link to Joe Biden, and the worst consequence it cites is “awkwardness” for the U.S. government.)

Biden has also depersonalized foreign policy and restored professionalism to relations with key nations including Saudi Arabia, Israel, Turkey, North Korea and many others. It’s a tough world and Biden will undoubtedly make some errors. Whether the president is pursuing some secret agenda, however, is one question Americans don’t need to ask any more. 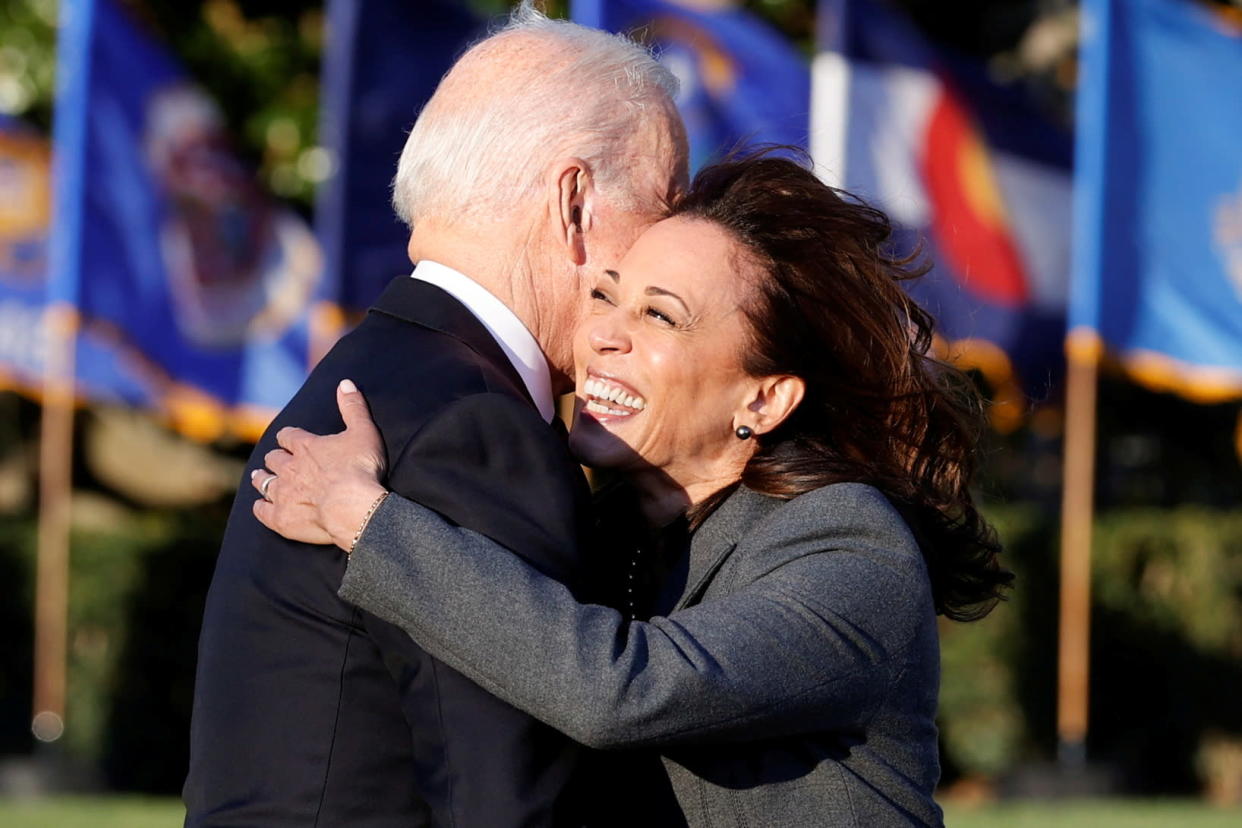 The forgotten infrastructure bill. Voters barely remember that in November, Biden signed a bipartisan infrastructure bill far larger than anything Presidents Trump or Obama could accomplish before him. That alone would have been a notable win for most presidents, and it only goes overlooked now because Biden has gone chasing after social programs and voting reforms Congress may never approve. The road-and-bridges bill, however, will channel billions of dollars into needed projects nationwide for years to come. Had Biden signed that bill in November, called it a day, and spent weeks touring the country touting all the fixing that’s on the way, he might be in better political shape today.

Sensibility and empathy. This might not count for much, but Biden really does sound reasonable as he pleads with Americans to do what is necessary to crawl to the end of the COVID pandemic. Take, for instance, his remarks at a Jan. 13 briefing on new COVID-fighting measures. “I know we all wish that we could finally be done with wearing masks,” Biden said. “I get it. But they’re a really important tool to stop the spread. So please, please wear the mask.” Biden’s weary pleading really does reflect an exasperated nation trying, for the most part, to do the right thing, but losing patience. Biden at least does what he asks others to do, with no White House superspreader events, absurd scientific claims or rules for thee but not for me.

Biden’s critics love to pounce on his memory lapses and verbal stumbles as evidence that he’s incompetent or senile. They’re wrong. Biden has clearly slowed, but in a start-to-finish speech or briefing, Biden is usually logical, patient and downright normal. Anybody doubting this should watch one in full, instead of drawing conclusions from select clips on fringe news sites. Voters want more than normal from a president, but normal is still a much better starting point that we’ve had in the recent past.

Rick Newman is a columnist and author of four books, including "Rebounders: How Winners Pivot from Setback to Success.” Follow him on Twitter: @rickjnewman. You can also send confidential tips.

Read the latest financial and business news from Yahoo Finance