A reckless driver was stopped by police after his car ran out of fuel on the motorway – so he rode a motorised SCOOTER in the wrong direction to get to a garage.

The 24-year-old man was caught by Essex Roads Policing Unit on Tuesday as he hopped on his scooter on the M11 motorway near Loughton, Essex, after having to pull over in his silver Toyota Avensis.

He then proceeded to scooter back down the motorway in the wrong direction, and across four lanes of traffic, to reach a garage to get more fuel. 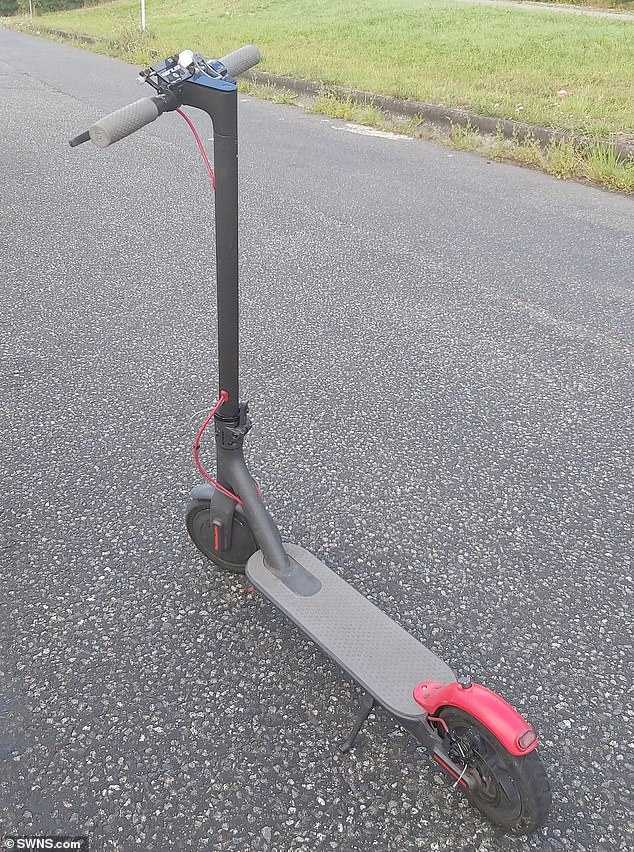 Essex Roads Policing Unit shared pictures of the car and the scooter on Twitter.

The roads team wrote: ‘M11, the vehicle on the right runs out of fuel on a motorway.

‘The driver decides to get his motorised scooter out the boot and ride the wrong way down the motorway and run across 4 lanes of traffic to get to a garage. 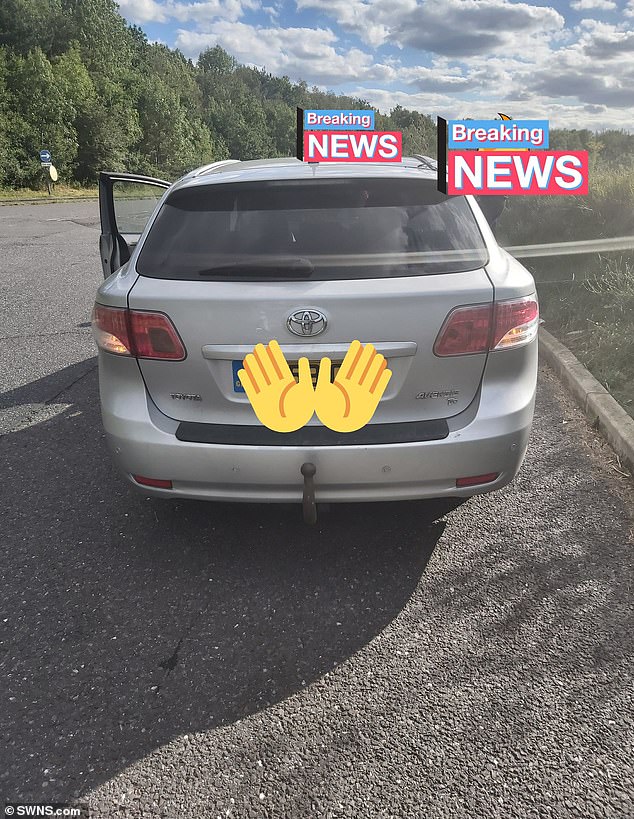 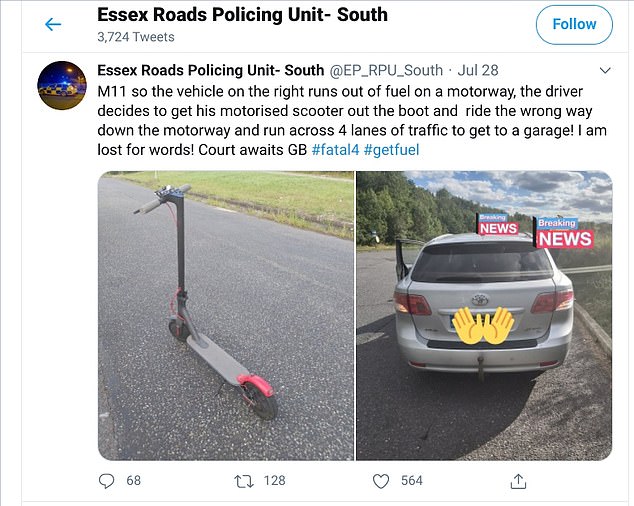 Here’s what you need to know about rental e-scooters

You will need a full or provisional car, motorcycle or moped licence to take part in the trials

Riders must be aged 16 and over

‘I am lost for words! Court awaits.’

The driver, from Ilford, Essex, has been reported for careless driving, driving otherwise in accordance to a licence and for having no insurance.

But it is an offence to ride a privately owned one on a public road, cycle lane or pavement in the UK.

These scooters can only be used on private land with permission of the landowner.