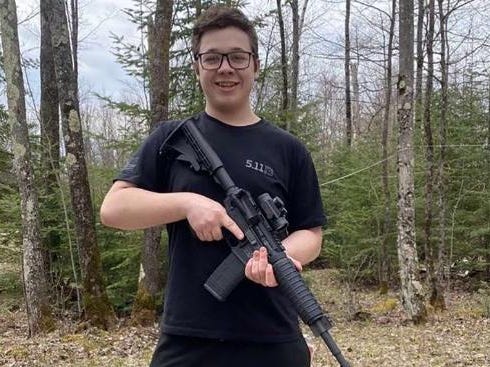 An attorney who said he is representing Kyle Rittenhouse, the teenager accused of killing two protesters in Kenosha, Wisconsin, announced on Twitter that he will be suing Democratic presidential nominee Joe Biden for libel.

Lawyer L. Lin Wood tweeted his plans several hours after Biden tweeted a 50 second video calling out President Donald Trump's ambiguous response when asked to condemn white supremacists at Tuesday's debate. The debate footage is spliced into a montage of footage of white pride groups around the country.

Rittenhouse, who faces murder and assault charges, was also featured in the video.

Wood tweeted his support for Trump, and announced that he plans to sue for libel.

"On behalf of Kyle Rittenhouse, I shall sue @JoeBiden & Biden/Harris Campaign for libel. I am partisan in 20/20 supporting @realDonaldTrump. I am non-partisan trial lawyer who aggressively pursues truth to achieve justice," he wrote. "Put in your hearing aid, Joe. You will hear footsteps."

Rittenhouse, who has become a symbol for the right, faces multiple charges including first-degree intentional homicide and first-degree reckless homicide, as well as a misdemeanor charge of possession of a deadly weapon.

The 17-year-old drove to Kenosha from his home in Antioch, Illinois to protect local businesses from looting amid unrest ignited by the police shooting of Jacob Blake. Rittenhouse, who is seen in a video firing an AR-15 style rifle into a crowd of people, is accused of fatally shooting protesters Joseph Rosenbaum and Anthony Huber and injuring Gaige Grosskreutz on Aug. 25.

Wood, a vocal right-wing attorney, has a history of working high profile and first amendment cases.

Messages left for Wood and the Biden campaign were not immediately returned Thursday morning.