The Atlanta native grew up amid segregation, but never let racism deter his dreams. Jordan earned a B.A. from DePauw University in the late 1950s, where Black students were few and far between.

Jordan went on to earn his Juris Doctorate in 1960 from Howard University’s School of Law in the nation’s capital. He immediately began to use his legal skills to fight for the rights of Black Americans.

Early in his career, Jordan filed lawsuits to desegregate colleges and universities in the South, including the University of Georgia, which future journalist Charlayne Hunter and Hamilton Holmes integrated in 1961.

Over the years, Jordan held positions with the NAACP, the United Negro College Fund, and the National Urban League, where he served as president from 1971-1981.

Marc Morial, National Urban League president/CEO said the country has “lost one of its greatest champions of racial and economic justice.”  He described Jordan as a “transformational leader” who brought the Civil Rights Movement into a new era.

“Vernon assumed leadership of the National Urban League at a crucial moment in history, after the passage of the Civil Rights Act, the Voting Rights Act, and the Fair Housing Act. The broad, legal goals of the 20th Century Civil Rights Movement had been achieved,” said Morial in a statement. “His mission, as he saw it, was to empower Black Americans to realize the promise of these victories.”

Morial noted the “exceptional poise and dignity” with which the statuesque Jordan carried himself. “Born into an era when Black men were routinely addressed as “boy,” Vernon’s mother pointedly nicknamed him “Man.”  He honored her faith in him with his bravery, his grace, his brilliance and his excellence.”

Ingrid Saunders Jones is the immediate past national chair and 6th president of the National Council of Negro Women. She said Jordan and the late civil rights icon Dr. Dorothy Height had a very special relationship. 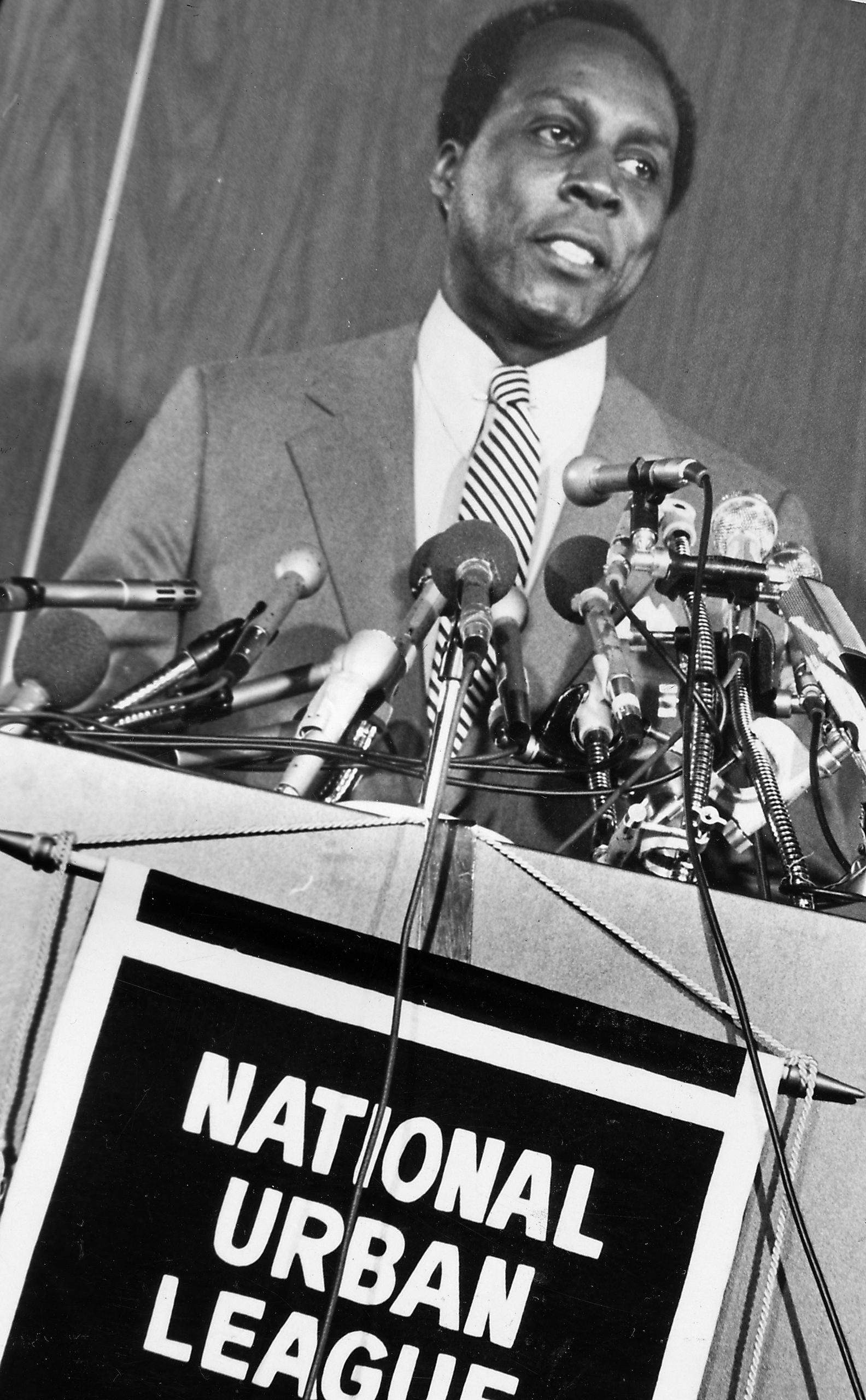 “Mr. Jordan was a great help with the purchase of the NCNW Headquarters Building at 633 Pennsylvania Avenue,” she said in a statement. “He was also one of the earliest recipients of the NCNW Uncommon Height Award. At NCNW we have lost a hero and friend and we extend our sincere condolences to the family.”

Derrick Johnson, president and CEO of the NAACP, said the world has lost an influential figure in the fight for civil rights and American politics. As a young lawyer, Jordan served as a field secretary for the Georgia NAACP, its highest ranking position in each state chapter.

“An icon to the world and a lifelong friend to the NAACP, his contribution to moving our society toward justice is unparalleled,” Johnson said in a statement. He noted that in 2001, Jordan received the NAACP’s Spingarn Medal, the organization’s highest honor, for a lifetime of social justice activism. “His exemplary life will shine as a guiding light for all that seek truth and justice for all people.”

Jordan lent his insight to national and global leaders who ranged from President Lyndon B. Johnson, to former President Bill Clinton, advising him on his first 1992 presidential campaign. The two became close friends. 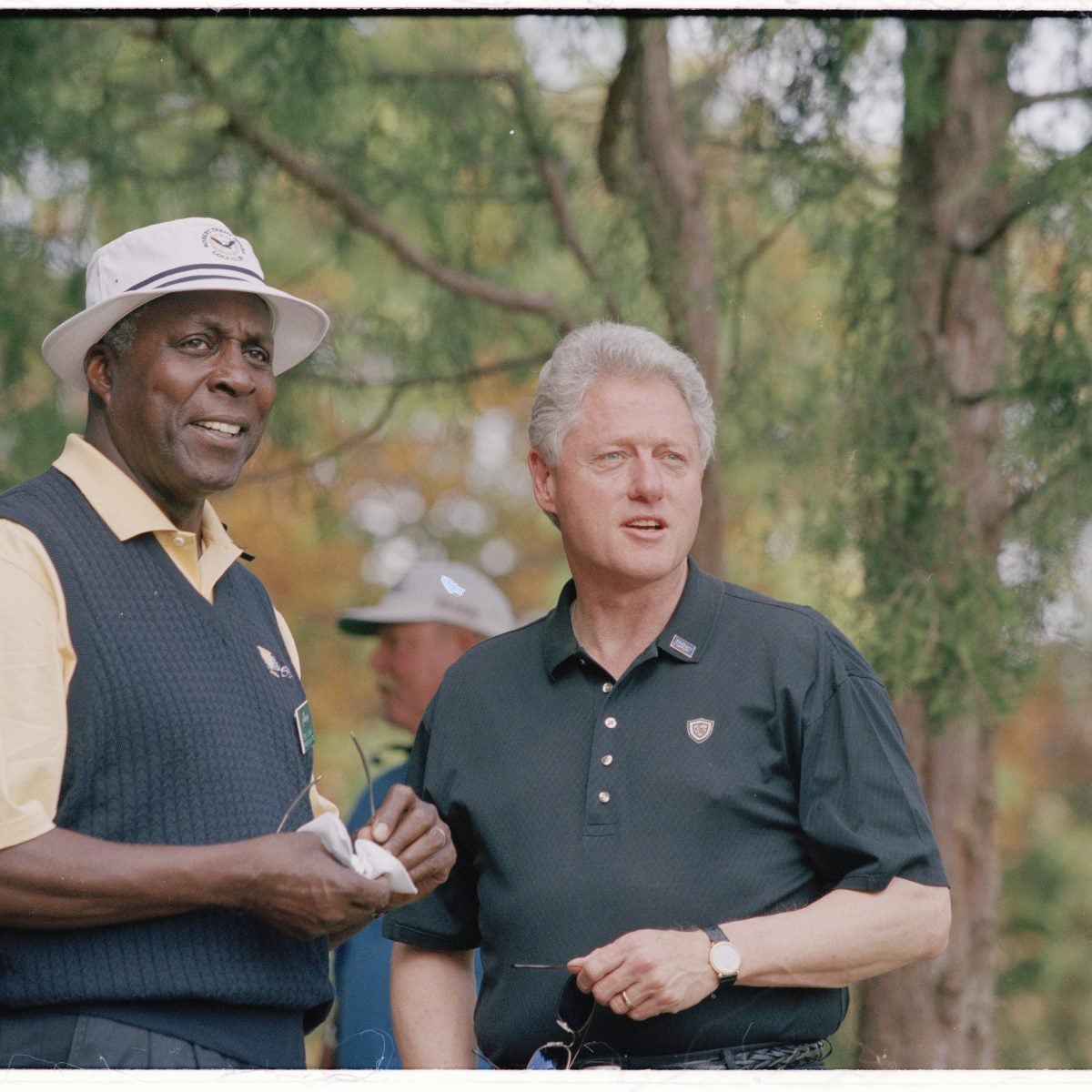 Damon Hewitt, acting president and executive director of the Lawyers’ Committee for Civil Rights Under Law, said in a statement that Jordan pushed “our country to live up to its most important promises.”

“He had a rare understanding of politics, people, and power, and he used his insights to make connections once thought impossible and to make a better way for everyone. In his memory, we will continue to fight for equal justice for all.”

Morial, who will speak at today’s memorial, is mourning the loss of his mentor and dear friend. “His passing leaves a tremendous void that can never be filled. …We have lost more than a leader; we have lost a brother.”

Jordan is survived by his wife, Ann, daughter, Vickee, and other family members, as well as a host of friends across the country and world.

The livestream will begin at 11 AM ET with a showing of the 2020 PBS documentary, Vernon Jordan: Make It Plain. The memorial service will take place from noon to 1:30 pm, followed by a showing of An Evening With Vernon Jordan, a one-on-one interview conducted in 2014 by the late journalist Gwen Ifill.