A man has faced court charged with helping an alleged hit-run driver flee from a crash this week in Melbourne’s south-east that killed a traffic controller and seriously injured another.

Police on Thursday arrested two men, aged 30 and 25, over the crash in Carrum Downs on Tuesday morning that killed Timmy Rakei, 44, who was working as a traffic controller when he was hit by a Holden Commodore about 7.15am. He died at the scene. 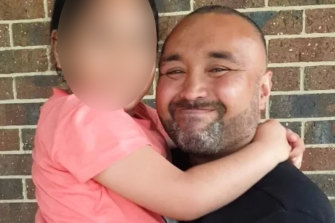 Timmy Rakei was killed in Tuesday’s crash in Carrum Downs.

Mr Rakei’s colleague, a 38-year-old man, was also hit and suffered serious injuries that required surgery. Police said he was released from the Royal Melbourne Hospital on Thursday.

Police allege Ashley Powell, 25, assisted the driver of the Commodore by picking him up in a black Hyundai SUV and driving him from the scene.

Mr Powell appeared before Melbourne Magistrates Court on Friday on a video link from Frankston Police Station on charges including being an accessory to impede an apprehension or prosecution, driving while disqualified, reckless conduct endangering life and driving dangerously while being pursued by police.

He was remanded in custody and did not apply for bail. 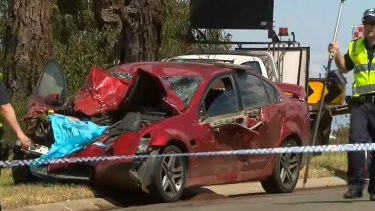 The scene of the crash at Carrum Downs. Credit:Nine News

The man who allegedly drove the Commodore remains in custody. Detectives were interviewing him on Friday. Prosecutor Sam Davison told the court the 30-year-old man was likely to be charged.

Mr Davison successfully sought a longer period than usual for investigators to prepare the brief of evidence against Mr Powell, as they were waiting on reports from a reconstruction of the crash and forensic and DNA analyses of the Commodore and Hyundai.

Deputy chief magistrate Susan Wakeling granted the prosecutor’s request, ordering the full brief of evidence be handed to Mr Powell’s lawyers by late February. Mr Powell is due to next face court on April 8.

The Carrum Downs man, dressed in a black T-shirt and black shorts, did not say anything during the hearing other than to confirm he could hear and had no questions. 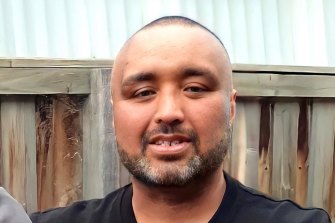 He was arrested when he went to Frankston Police Station on Thursday afternoon, about an hour after the other man was arrested at a property in Carrum Downs.

Friends and family of Mr Rakei have remembered him as a gentle and loving family man.