A DOG that ran onto a soccer field carrying a cleat during a Christmas Eve match was carried off and later adopted by a player on one of the teams.

The adorable moment occurred during the second half of a Bolivian soccer league match between The Strongest and Club Atlético Nacional Potosí in La Paz, according to the Daily Mail. 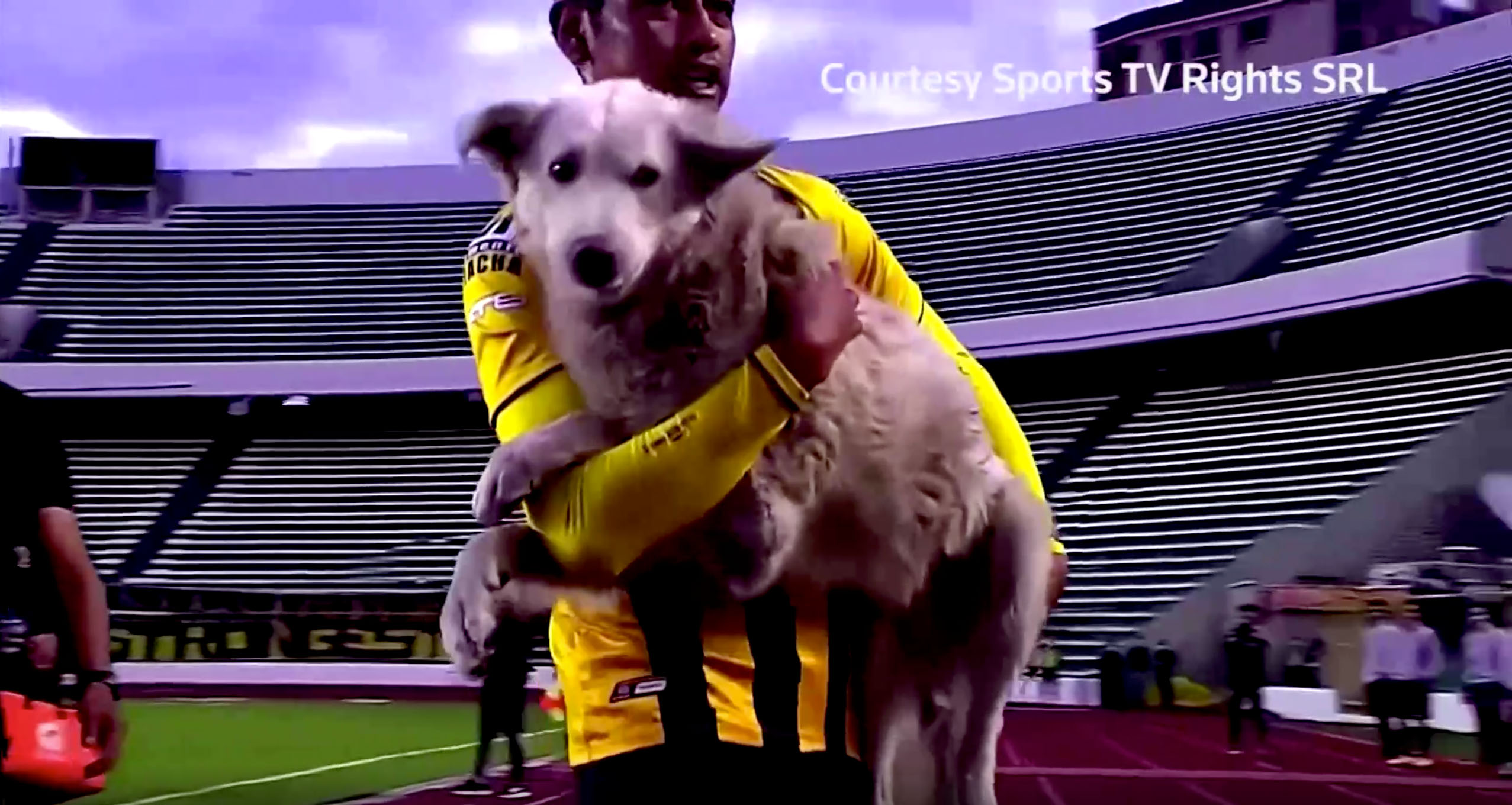 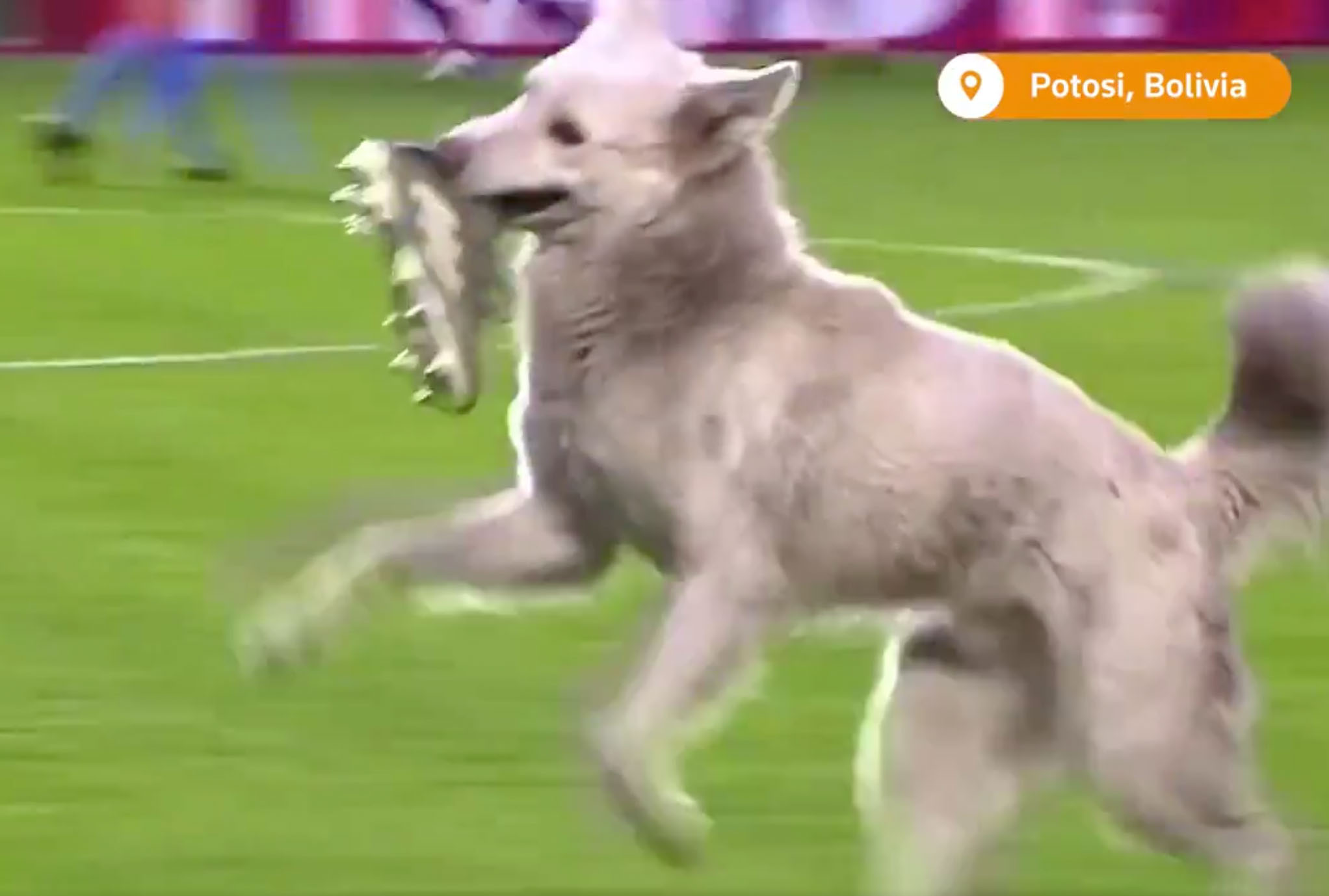 The canine trotted around the field in circles with a player’s cleat in its mouth until the game was stopped.

Players from both clubs pet the dog, who laid on the grass and seemed to enjoy the attention.

Finally, Raúl Castro, 31, from The Strongest picked the dog up and put it over the sideline. 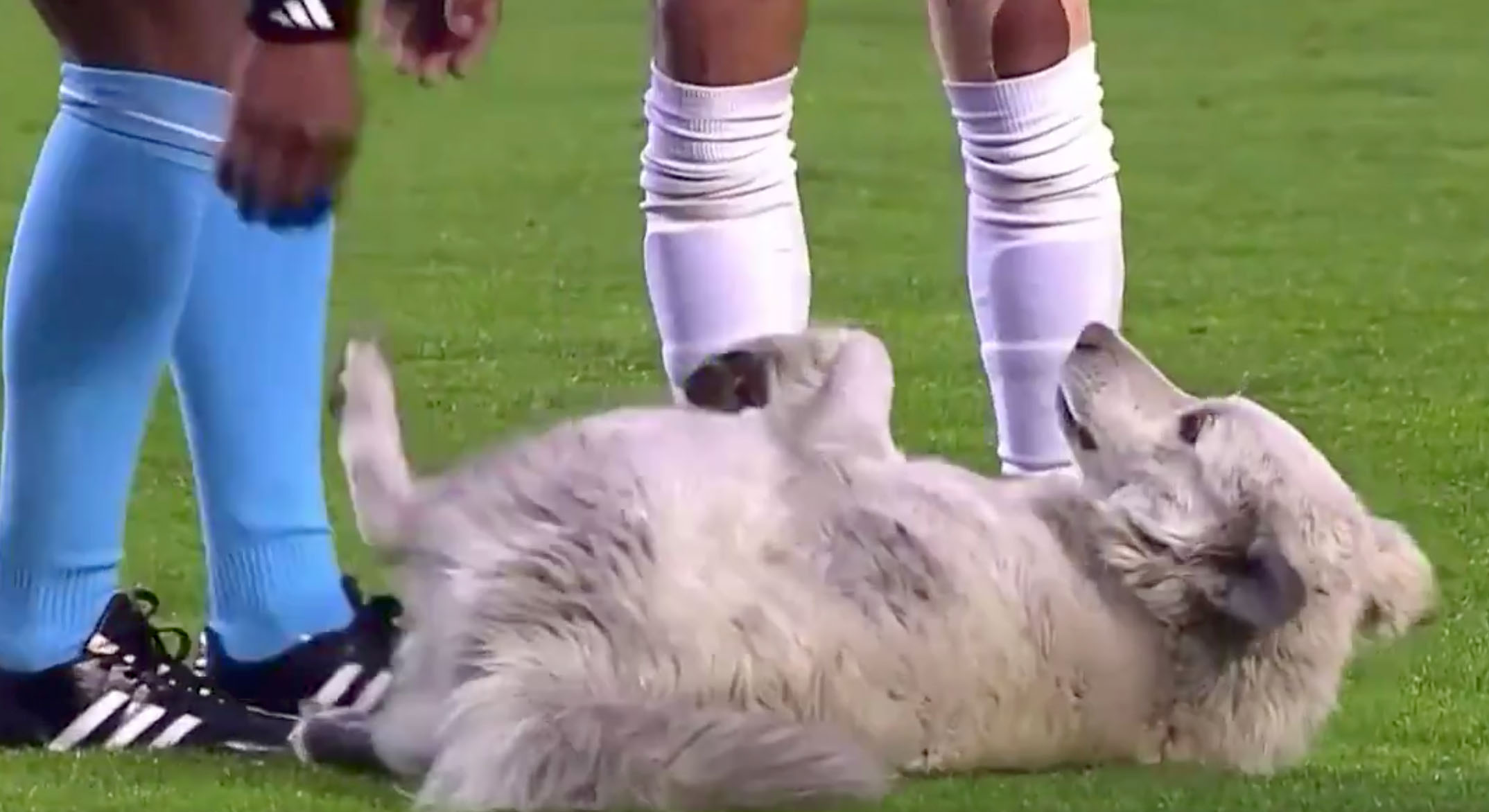 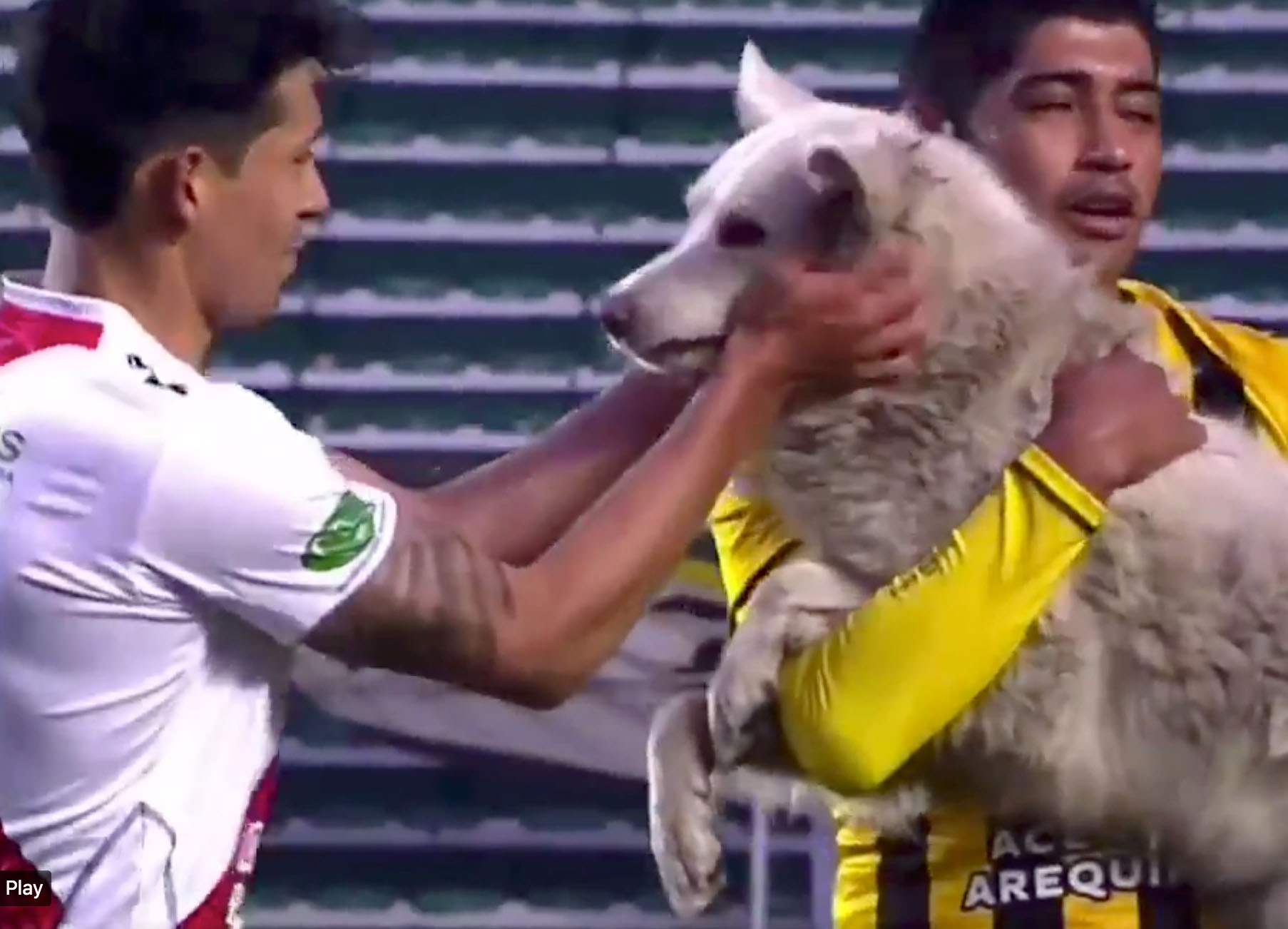 Castro apparently still had the dog on his mind, because he ended up adopting it from the shelter where it was taken, local news outlets reported.

“I got in contact with the shelter and told them that I will adopt him,” Castro said.

“He will be named Cachito, the name people gave him.”

Castro said he would pick the dog up after getting back from an away game in Santa Cruz on Thursday.

The dog was hit by a car on Dec. 18 and injured, according to shelter workers.