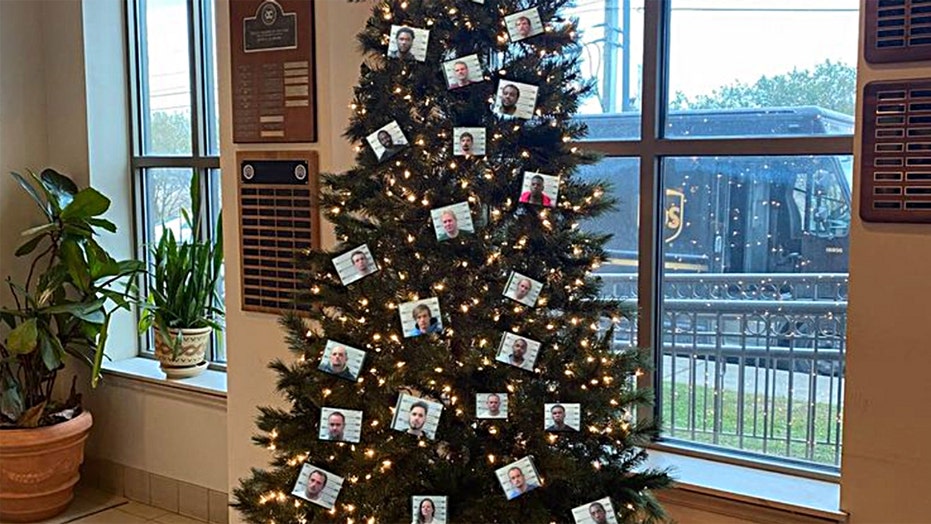 A sheriff’s department in Alabama removed a Facebook post showing a Christmas tree adorned with “thugshots” after reportedly receiving death threats, as well as criticism from local civil rights activists.

The Mobile County Sheriff's Office deleted the photo from its "Team Sheriff" Facebook page on Saturday, AL.com reported. The post initially shared Thursday showed a doctored image of a Christmas tree decorated with photos of people arrested or wanted for crimes.

“We have decorated our Tree with THUGSHOTS to show how many Thugs we have taken off the streets of Mobile this year! We could not have done it without our faithful followers!” the department wrote, according to a screenshot of the since-deleted post shared by Fox 10.

The tree was topped with orange flip flops like those given to inmates. The department also spoke of a "special Christmas offer" for "ALL MOBILE COUNTY THUGS" — an item "from our property room!"

"Any of the things that your friend THUGS have stolen will be available for you!" the post continued. "But that's not all, after you choose your one stolen item, your very own personal concierge #correctionsofficer will provide an escort to METRO DELUXE where you will receive your FREE COVID TEST. If you pass your test, then your concierge will take you for a 'custom fitting' to receive your Holiday Jumpsuit with matching 'flap flops.'"

More than 7,900 people commented on the post, according to The Associated Press.

The sheriff’s department said it received “death threats” as well as other negative messages, including some that threatened the agency’s building would be set on fire. In a statement to WKRG, the department said that the threats “were not from our community,” but “if this post jeopardizes the relationship between law enforcement and other communities then we felt it best to remove it.”

Several civil rights groups had condemned the post before it was taken down. 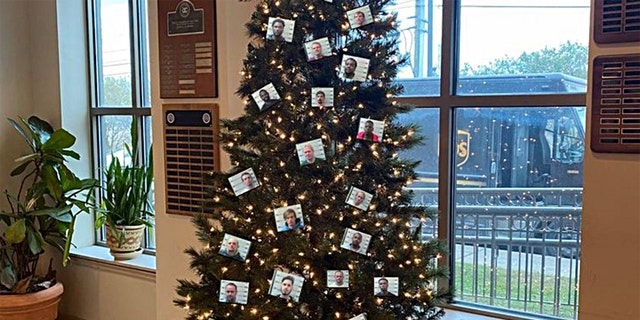 Mobile County NAACP Chapter President Robert Clopton said he received phone calls and text messages from irate residents and that the post was "inappropriate, shameful, disrespectful, despicable, disgusting and embarrassing to the citizens of Mobile County."

"We live in a very volatile time,” Clopton said in a statement, according to Fox 10. "The relationship between law enforcement and the general public has been compromised."

JaTune Bosby of the American Civil Liberties Union of Alabama said most people arrested for crimes struggle with mental illness and substance abuse. “They need the community’s assistance and care, not open scorn from leaders,” she said in a tweet.

Bernard Simelton, president of the Alabama NAACP, criticized the “despicable behavior by the Mobile County Sheriff’s Department,” according to AL.com

The post was part of a series of “thug Thursday” messages that highlight photos of people who are wanted for various crimes. The campaign will now be rebranded “Warrant Wednesday,” sheriff’s spokeswoman Lori Myles told AL.com Monday.

Myles said the department had received numerous threats on Facebook over the post, and a representative with dispatch was concerned about the possibility of people flooding phone lines and preventing deputies from responding to emergencies.