Alan Johnson: Teaching unions 'got it wrong' over reopening schools

Teaching unions ‘got it wrong’ over reopening schools and must now back down and stop their ‘war dance’, says ex-education secretary Alan Johnson

Former Labour education secretary Alan Johnson has told union chiefs they ‘got it wrong’ by opposing the phased reopening of schools as he urged them to now end their ‘war dance’.

Primary schools across England will start to reopen to pupils in reception, year one and year six from Monday.

Some students in year 10 and 12 will then be allowed to meet face-to-face with their teachers at secondary schools from June 15.

The Government’s plans have been fiercely opposed by some teaching unions over safety fears.

But Mr Johnson said the unions had shown a ‘tin ear’ for what the public wants as he suggested the time had come for them to back down in their row with ministers. 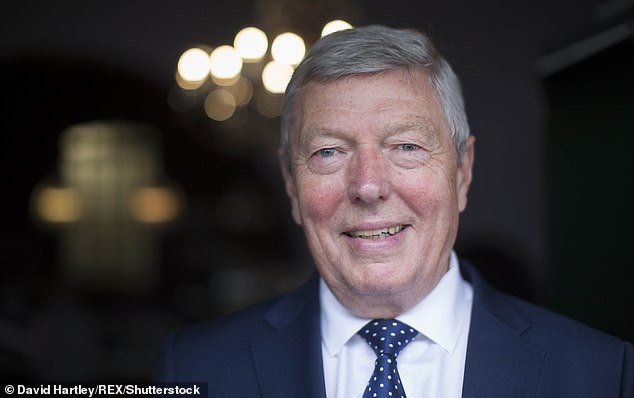 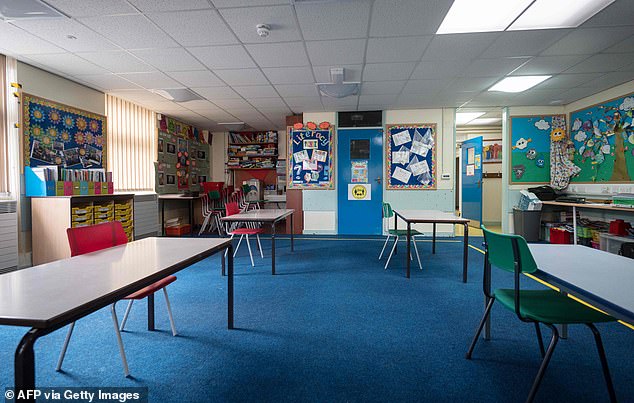 Reception, year one and year six pupils will return to classrooms across England on Monday. Pictured is a school near Huddersfield

Mr Johnson told The Telegraph: ‘The teachers got it wrong. Sometimes trade union leaders have a tin ear for what the public thinks.

‘I have the greatest respect for the union leaders involved but they got this wrong and they read it wrong.

‘Having danced their war dance, and had their meeting with the Secretary of State, they now need to find an elegant way to say they’re reassured.’

Mr Johnson said he backed the phased reopening of schools but could understand why unions had initially raised questions about the plan put forward by the Government.

‘I can understand the unions questioning that and asking for equipment and so on,’ he said.

Mr Johnson is the second former Labour education secretary to hit out at unions over their opposition to schools reopening.

Earlier this month Lord Blunkett accused teaching unions of ‘working against the interests of children’.

The National Education Union had previously said the June 1 reopening date was ‘not viable’ and had urged teachers not to engage with the Government.

Some unions and council bosses remain opposed to reopening and have told schools they do not have to comply with Boris Johnson’s lockdown easing plans.

However, a new poll suggests the overwhelming majority of primary schools will reopen on Monday.

A survey conducted by the National Association of Head Teachers of 2,000 of its members showed that nine out of ten plan to reopen from June 1.

But three quarters of head teachers said they will restrict the number of pupils returning further than ministers have suggested in order to ensure social distancing can be complied with.

The Government’s ‘ambition’ is for every pupil to be able to return for at least a month before the start of the next academic year in September.

But ministers have admitted it is ‘difficult to say’ wether that ‘ambition’ will be met, with further relaxing of rules dependent on the continued reduction in the rate of transmission of coronavirus.

Students in year 10 and 12 will be able to meet with their teachers face-to-face from June 15 as they prepare for exam years.

But only one quarter of those year groups will be allowed back at any one time.

The rest of secondary school pupils will not be returning before the start of the next academic year.