Albanian migrants caught hiding in a fishing trawler let off

Criminal charges against 69 Albanian migrants found hiding in a trawler heading for Britain were dropped yesterday after a legal bungle.

The migrants were arrested last month after the fishing boat was intercepted off the coast of East Anglia.

But plans to prosecute them for illegal entry to the UK have now been abandoned because when arrested, they had not yet set foot on British soil – a key criteria under the law.

Alp Mehmet of Migration Watch UK, which campaigns for tougher border controls, said: ‘What on earth is the point of elaborate operations to take action against illegal entry if the legal process is then going to be bungled so spectacularly? 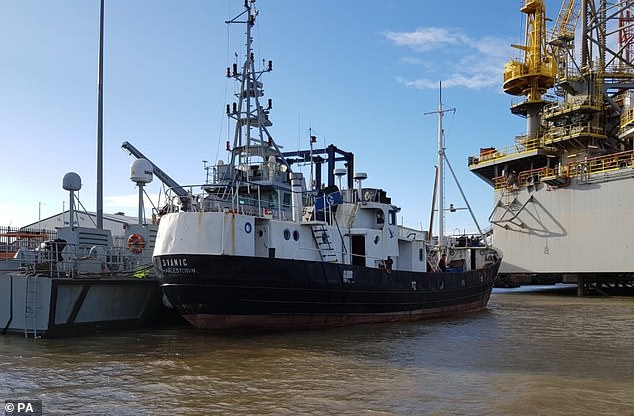 A failure on this scale will only encourage other migrants to chance their arm across the Channel.’

A Border Force source said: ‘It’s a basic principle that a foreign national must have set foot in this country to be charged with illegal entry. This offence should be bread and butter stuff for immigration officers.’

The Home Office said the Albanians’ immigration cases will now be dealt with and ‘removal action will be pursued’ for those who have no right to remain in the UK.

The wife of one of the migrants told the Mail last night that she was ‘very happy’ that the charges had been dropped and she hoped he would be able to live freely in Britain. Prosecutions of the three crew members – a Latvian and two Ukrainians – will continue.

Announcing the decision, a Crown Prosecution Service spokesman said: ‘We have authorised charges against three people for facilitating illegal entry to the UK.

‘We have decided our legal tests for prosecution were not met in relation to the 69 passengers.’

The Home Office said it was ‘disappointed’ with the decision. Five of the men had already pleaded guilty to unlawful entry and jailed for two weeks. Their convictions are expected to be quashed.

Ana Maria Ajazi, 34, whose husband Taulant was hiding in the ship and has been held at Yarl’s Wood Immigration Removal Centre in Bedfordshire since his arrest, said: ‘I’m very happy to hear this news. I hope they will release him soon.

‘I am angry they made this mistake because they have been in prison for nearly a month.’ 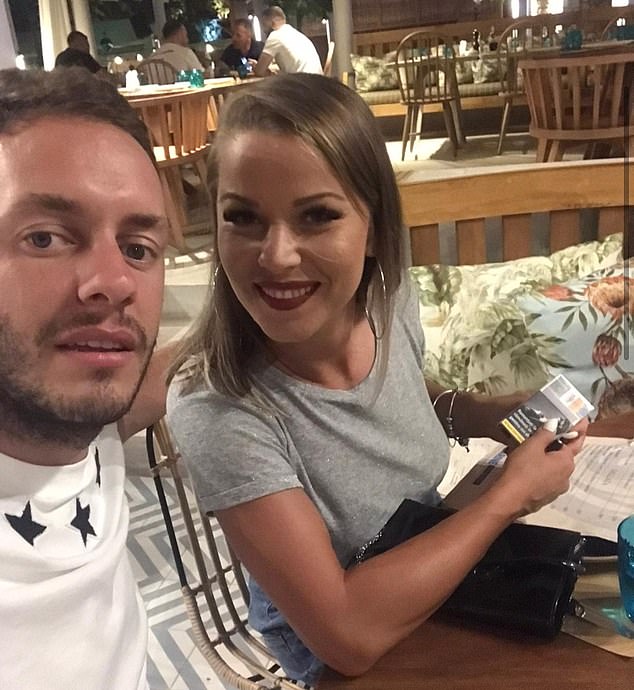 The migrants were arrested last month after the fishing boat was intercepted off the coast of East Anglia. Those hiding on the ship included Taulant Ajazi (pictured with his wife Maria)

Mrs Ajazi, who is currently in Romania, added: ‘I hope they will all be released with documentation so they can live freely.’

Mr Ajazi, 31, from Tirana, said he and other migrants were poised to launch appeals to stay in Britain. ‘It is our human right to be able to come here with our families,’ he added.

‘Our life is at risk in our country because of our debts. We spoke to lawyers. It is our right to be able to live our life in freedom.’

The migrants were originally charged with illegal entry to the UK under Section 24 of the Immigration Act 1971, which carries up to six months’ imprisonment.

The Home Office did not seek specific legal advice about the evidence required for a prosecution before the vessel was intercepted.

A spokesman for the department said: ‘The decision to arrest and charge was an operational one made by officials who are fully aware of the relevant legislation.

‘Because these are summary offences dealt with at the magistrates’ court, it was not a case where one would go to the CPS and get legal advice.’ 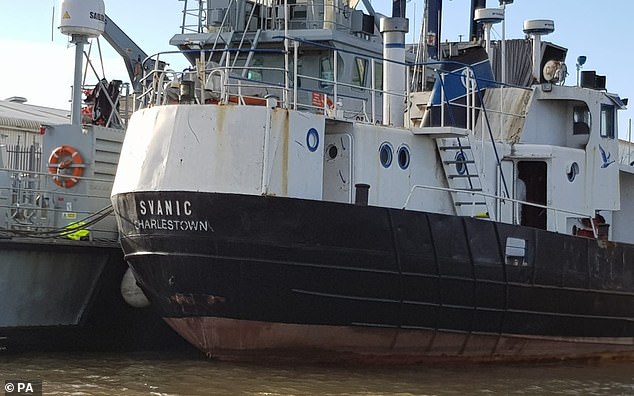 Plans to prosecute them for illegal entry to the UK have now been abandoned because when arrested, they had not yet set foot on British soil – a key criteria under the law

He added: ‘We are disappointed that the proceedings against the 69 people charged with illegal entry will be discontinued and we are working with the CPS urgently to resolve the issues raised by this case.

‘The immigration cases will be dealt with as quickly as possible and removal action will be pursued against anyone found to have no right to remain in the UK.’

More than 250 officials were involved in the operation to intercept the 101ft trawler, called the Svanic, which had departed from Belgium.

The vessel was escorted into Harwich in Essex in one of the largest cases of clandestine illegal immigration ever uncovered.

After the arrests, Priti Patel hailed the operation as a ‘big win’ against a ‘serious illegal enterprise’.

In response to the CPS decision, the Home Office spokesman said: ‘The successful Border Force operation off the Essex coast led to charges against three people for facilitating illegal entry to the UK and the seizure of a valuable fishing vessel.

‘We are pleased the CPS have authorised these facilitation charges.’ 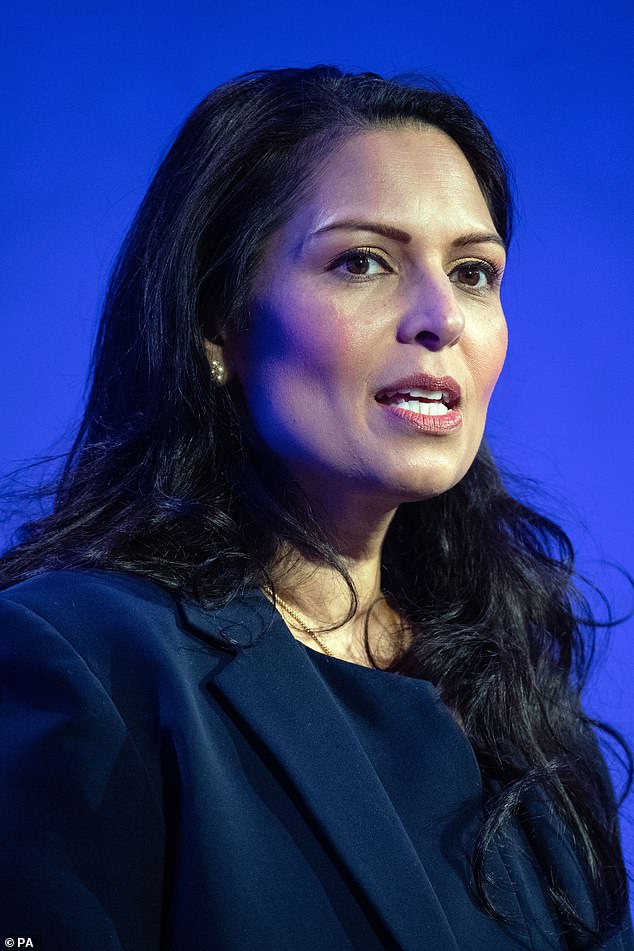 More than 250 officials were involved in the operation to intercept the 101ft trawler, called the Svanic, which had departed from Belgium. After the arrests, Priti Patel hailed the operation as a ‘big win’ against a ‘serious illegal enterprise’

Almost 1,000 asylum seekers were offered sanctuary in Britain in 2018 after claiming to be gay, lesbian or bisexual

By David Barrett, Home Affairs Correspondent for the Daily Mail

A record number of asylum seekers have been allowed to stay in Britain after saying they faced persecution at home over their sexuality.

Almost 1,000 gay, lesbian or bisexual applicants were offered sanctuary in 2018, the most recent year of data. In 2015 fewer than 800 such claims were approved.

Home Office sources say that homosexuality putting a person at risk was one of the main arguments made in last-minute legal challenges to deportation.

It saw 23 convicted Jamaican criminals, including a murderer and several rapists, avoid removal after they lodged late claims. 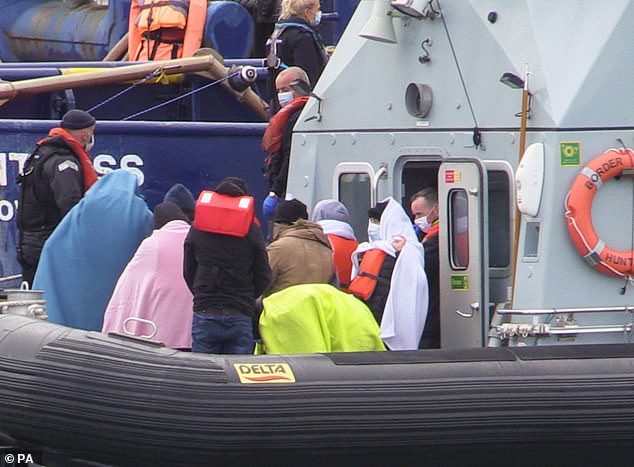 Many of the cases set out in the latest data involve people from countries such as Uganda, Pakistan, Malaysia and Nigeria, where gay and lesbian people are often subjected to abuse and attack.

However asylum claims on sexuality grounds were also accepted from nations such as Albania and Russia.

There were 974 successful asylum claims on such grounds in 2018.

Of these, 501 were allowed to stay straight away while another 473 won their case on appeal.

A Home Office spokesman said: ‘The UK has a proud record of providing protection for asylum seekers fleeing persecution because of their sexual orientation or gender identity, and fully considers their needs and circumstances at all stages of the process.

‘Each asylum case is carefully considered on its individual merits by caseworkers who receive extensive training and must follow Home Office policy guidance.

‘Under no circumstances would they instigate a line of questioning of a sexually explicit nature.’

Home Secretary Priti Patel has been outspoken in her criticism of lawyers who use last-minute challenges to block deportations.