Amanda Wakeley fashion label loved by Duchess of Cambridge, Meghan Markle, Princess Diana and Theresa May fails to find buyer and collapses into administration after flagship Mayfair store was shut by Covid lockdown

A fashion label whose signature outfits were favourites of the Duchess of Cambridge and Princess Diana has fallen into administration.

Amanda Wakeley’s eponymous retail brand had about 50 stores internationally in the mid 2010s but it was forced to close its flagship store in London as it struggled during the pandemic.

It has hired administrators from insolvency experts Smith & Williamson.

Amanda Wakeley launched the brand with its first store in Chelsea in the 1990s and grew the business with the support of famous fans, including Princess Diana. 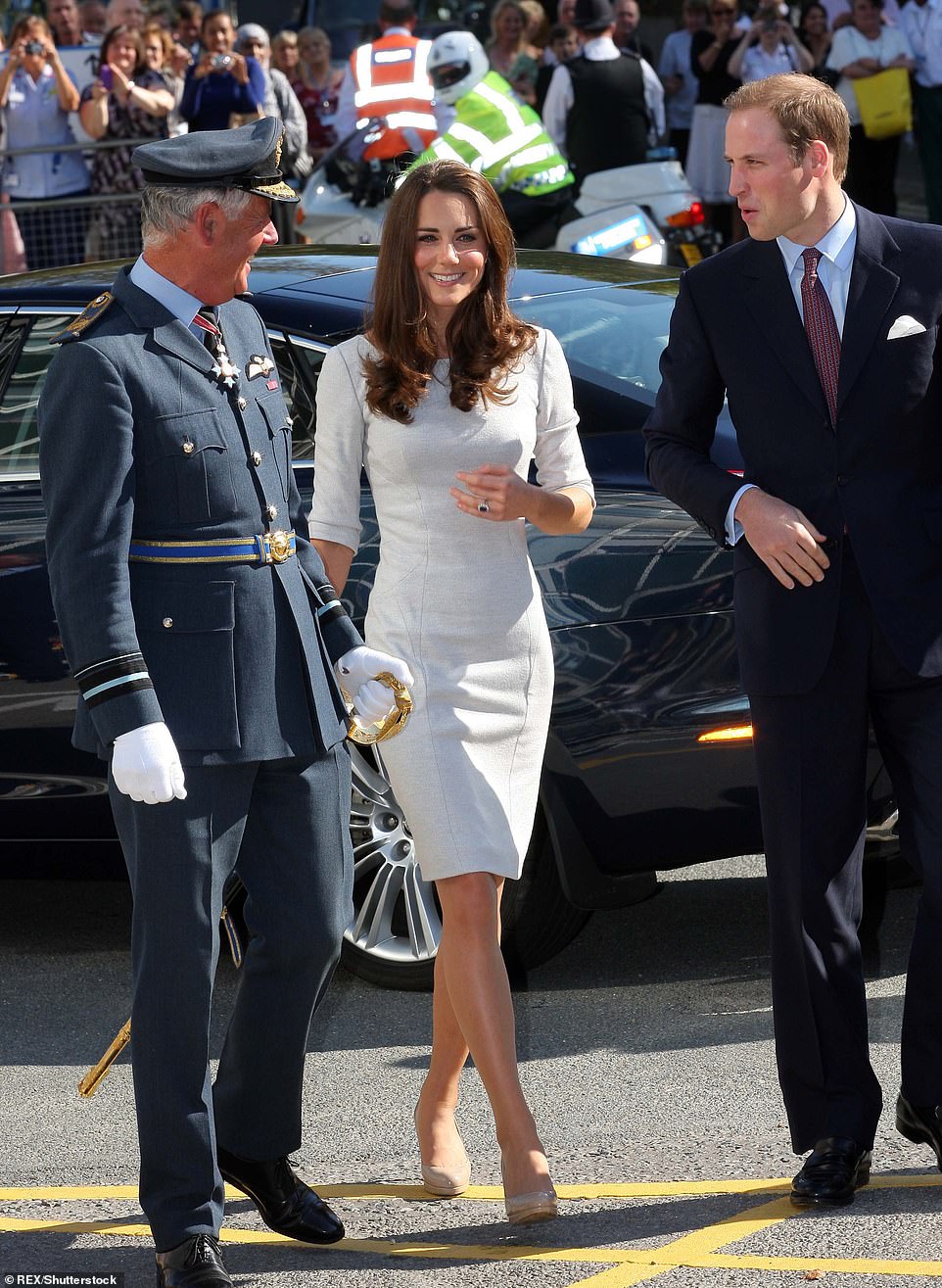 The Duchess of Cambridge, pictured with Prince William, was a fan of the designer Amanda Wakeley which has gone into administration

The Duchess of Sussex, picture in an Amanda Wakeley coat, regularly wore the designer’s signature designs and gowns

The Duchess of Sussex also regularly wore her dresses, as well as the likes of Davina McCall and Vogue Williams. 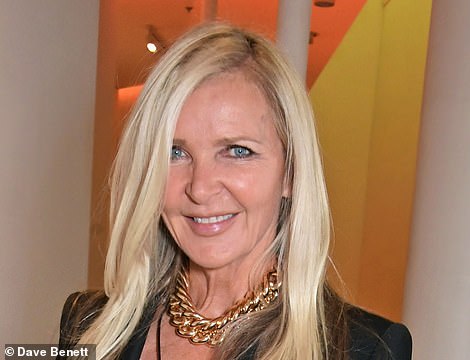 Miss Wakeley said: ‘During the pre-administration phase, the company’s staff worked tirelessly with me, and Smith & Williamson, to maximise sales and mitigate the impact of insolvency on the company’s creditors.

‘To this core team and those who have worked at Wakeley over the years, thank you.

‘I am also very grateful for the support and expertise of our leading equity investor who has been a valuable partner since 2012.

‘To our customers, many of whom have become our friends, thank you for your loyalty.

‘It is an honour to design for you and I am deeply touched by the many messages of support concerning my family and the business through the crisis.’

Colin Hardman, joint administrator on the process, said that despite ‘significant interest’ it was unable to find a buyer and therefore decided to place the business into administration. 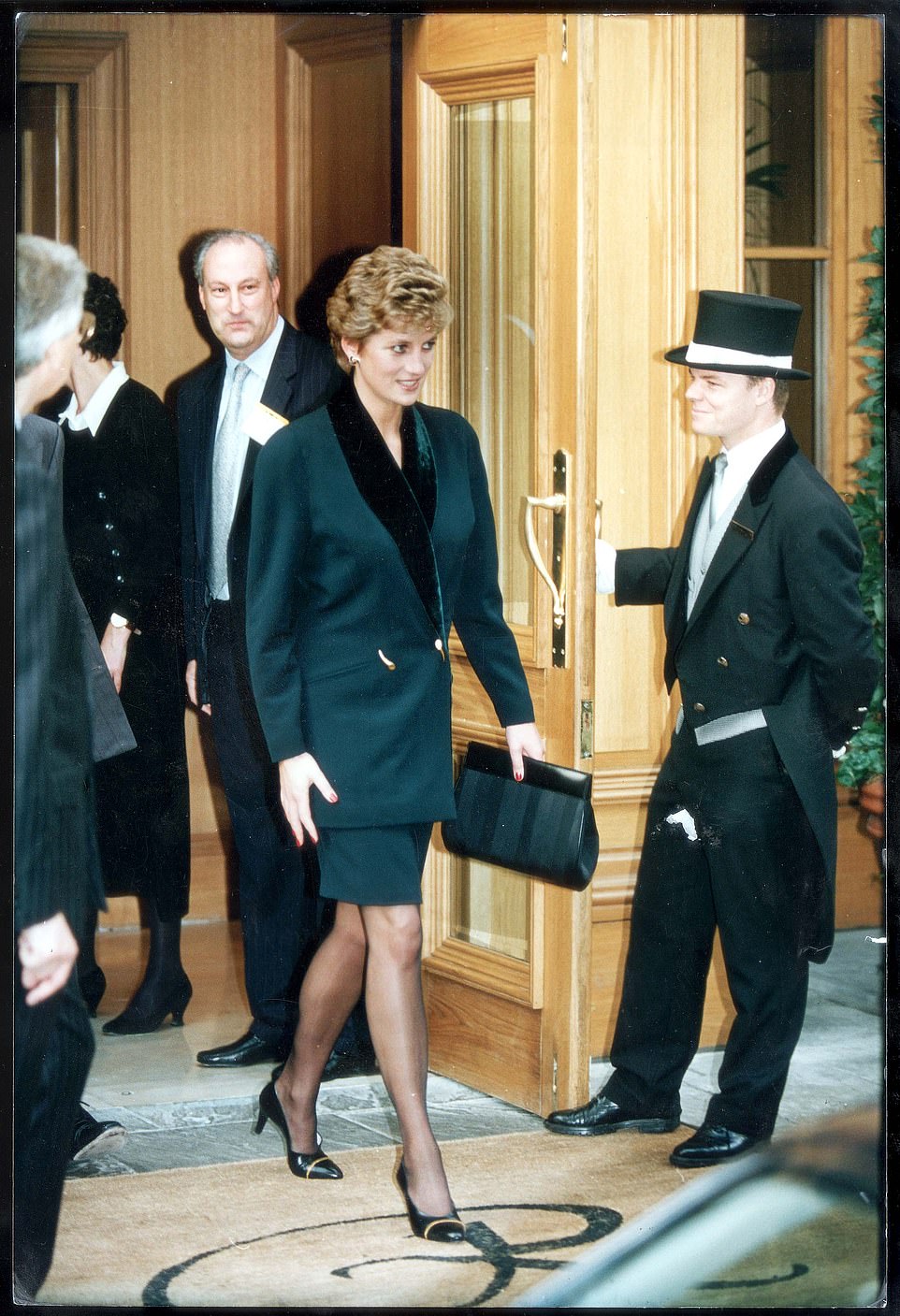 Princess Diana had several outfits by the designer in her wardrobe, including her signature skirt suits (pictured above)

‘Our principal objective is to maximise realisations for the benefit of creditors,’ he said.

‘As well as clothing and accessory stock, the business boasts a newly platformed E-commerce site.

‘Whilst a small number of redundancies have regrettably been necessary, Amanda Wakeley and a core team of employees continue to support us with our realisation strategy.’

Celebrities such as Amanda Holden were fans of the designer, as well as politicians such as ex-PM Theresa May

In 2016 the designer hit the headlines when then Prime Minister Theresa May had a photoshoot at no.10 wearing brown leather trousers which retailed at £995 in an incident which became known as Trousergate.

It later came out they were borrowed by the ex-PM.

Angelina Jolie wore a gown by the designer for the premiere of Salt in 2010 while Beyonce and Jodie Kidd were also admirers.

Although she has worn the label less in recent years, the Duchess of Cambridge relied heavily on Amanda Wakeley in her early months as a working royal.

The classic cuts and simple fabrics were a safe choice for the newly married Duchess – and the fact that the designer was a favourite of Princess Diana would no doubt have helped, too.

Indeed Kate demonstrated her love for the brand by choosing it for her first solo engagement in October 2011, six months after the royal wedding. 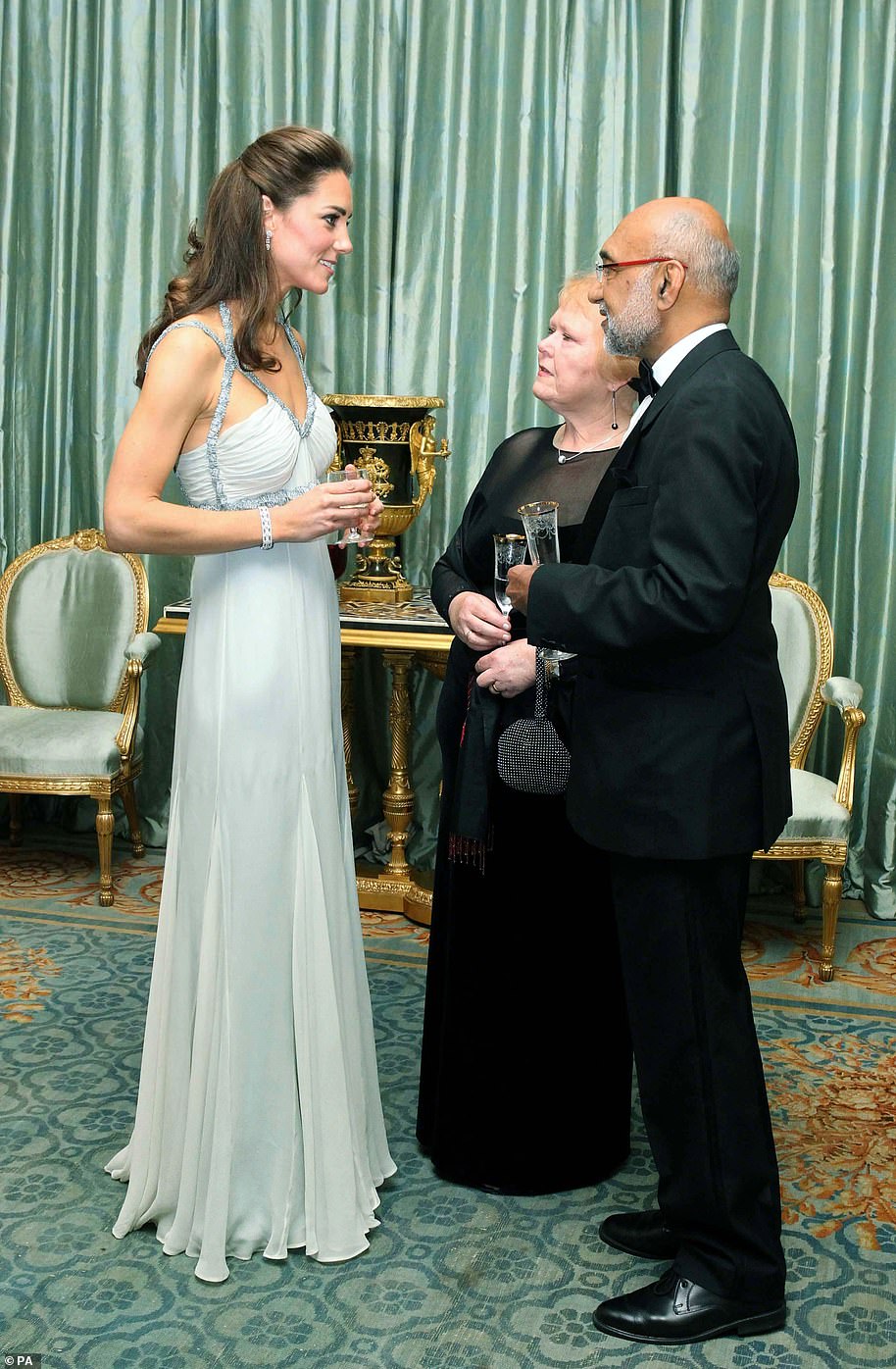 Starting out: Kate demonstrated her love for the brand by choosing it for her first solo engagement in October 2011, six months after the royal wedding

The Duchess of Cambridge stepped in to host a dinner with In Kind Direct, one of Prince Charles’s patronages, after her father-in-law was called away to Riyadh to present condolences to the Saudi Arabian Royal Family following the death of the Crown Prince of Saudi Arabia.

Such an important moment required just the right gown and Kate did not disappoint.

The Duchess dazzled in a floor length gown in a soft blue-grey colour with a plunging V-neckline that’s far more daring than she would wear today. 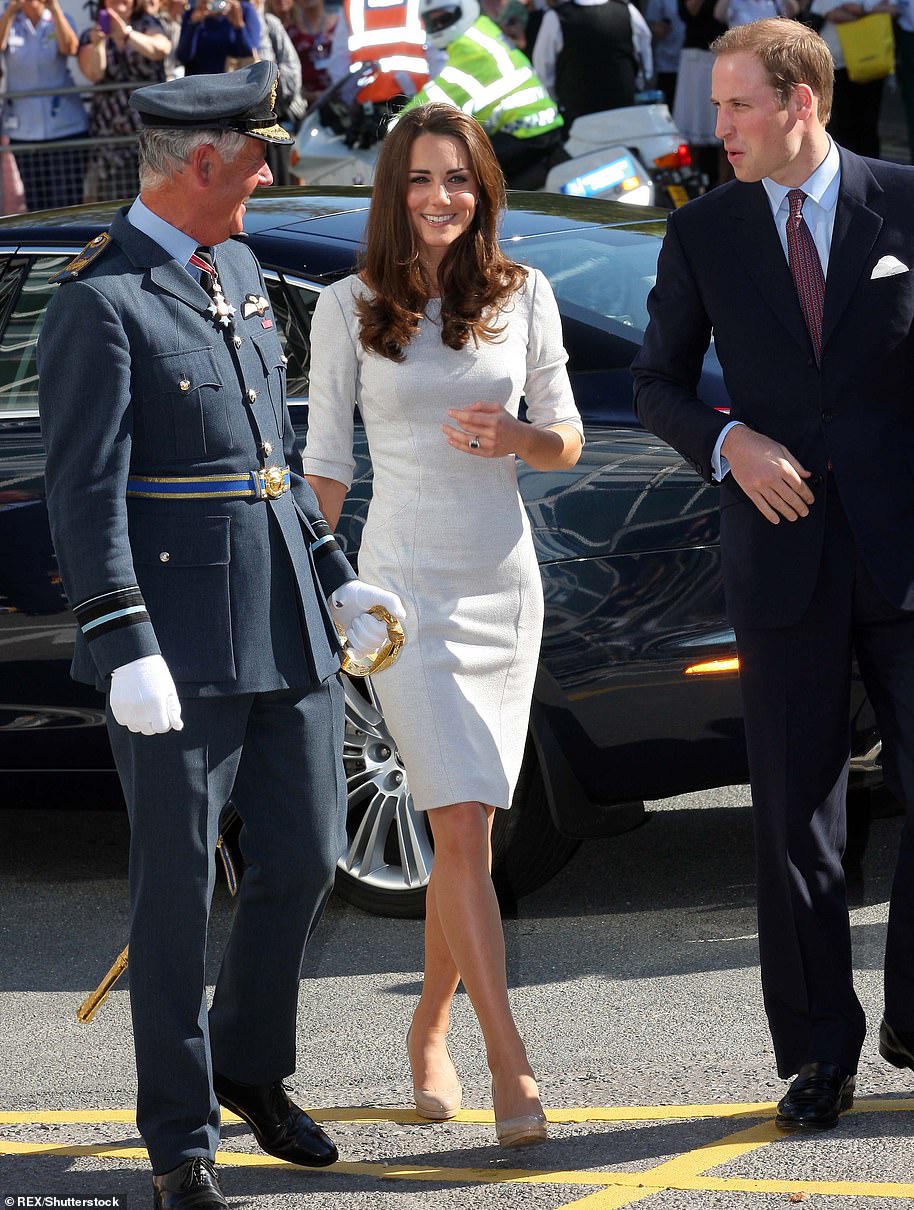 The Duchess of Cambridge in Amanda Wakeley at the Royal Marsden Hospital, London, in September 2011

The Duchess wore the designer at least twice more that year, including in a photo shared to promote their North American tour.

She also wore a figure-hugging dress with three-quarter sleeves on a visit to the Royal Marsden Hospital, in London.

Pieces have remained in rotation over the years but Amanda Wakeley has made way for Alexander McQueen as Kate’s most trusted designer.