Moment hero Amazon driver puts herself in front of rampaging pit bull to save customer’s daughter, 19, who was on verge of being attacked by bloodthirsty dog

An Amazon delivery driver has been hailed a hero after footage emerged showing her standing between a customer’s daughter and an aggressive pit bull.

Stephanie Lontz had been making holiday dropoffs around suburban Las Vegas when she saw 19-year-old Lauren Ray screaming as she was coming under attack from the animal who was biting her own dog.

Lauren was outside her home with her own pet which had antagonized the pit bull. 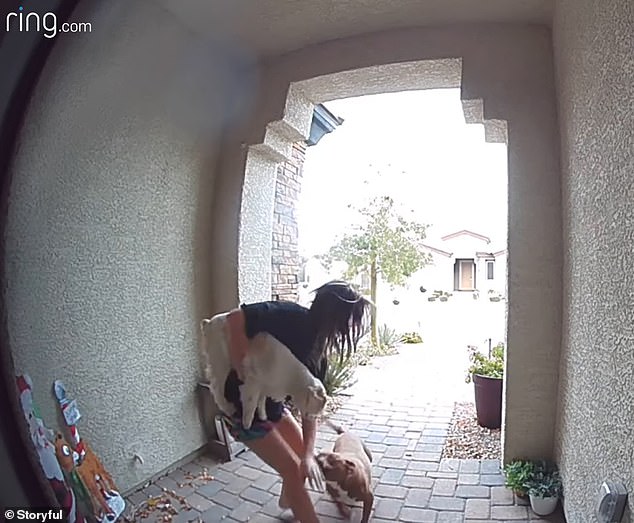 Lauren Ray was in the porchway of her home with her put, when a pit bill arrived on scene and attempted to attack her dog 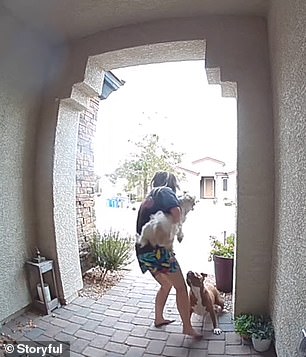 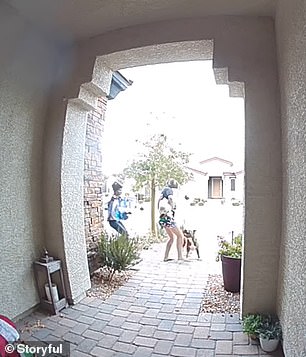 Lauren was virtually helpless as she tried to fend off the animal. Right, Stephanie Lontz, a passing Amazon driver, then attempted to help out to push the animal away 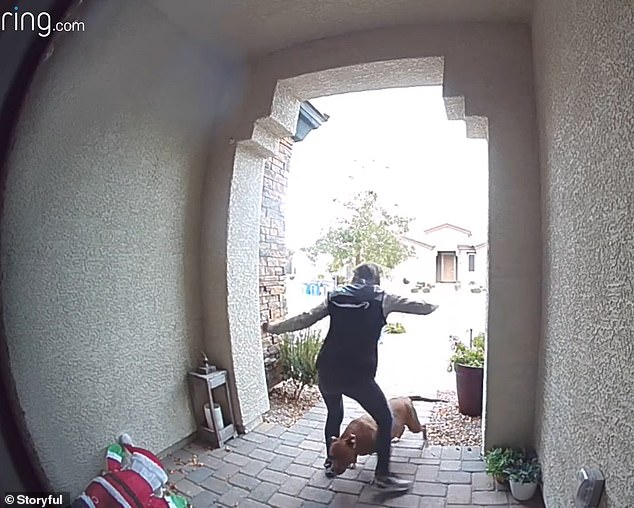 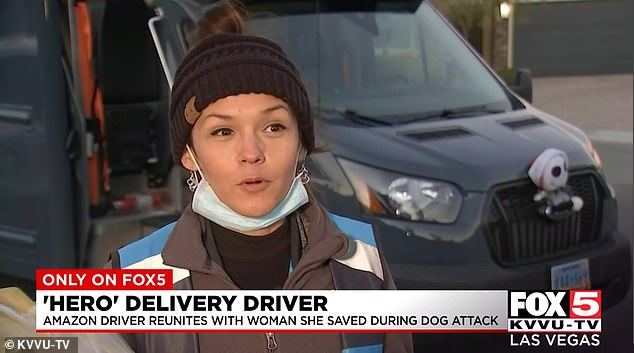 Without thinking, Lontz who was making her rounds, stepped in between the dog and the teenager, giving her a chance to escape back inside with her own pet.

Dramatic doorcam footage sees Lontz stepping in between the dog while Lauren picks up her own pet in her arms before shooing the pit bull away in the porchway of her home.

‘Bad dog!’ Lontz could be heard yelling at the animal.

On Friday, Lauren’s father, Michael, made a point of thanking Lontz for her courage in the heat of the moment. 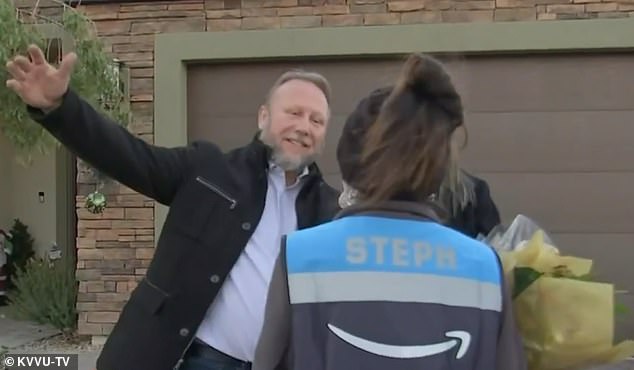 Lauren’s father, Michael Ray, went to hug Stephanie for her bravery and help 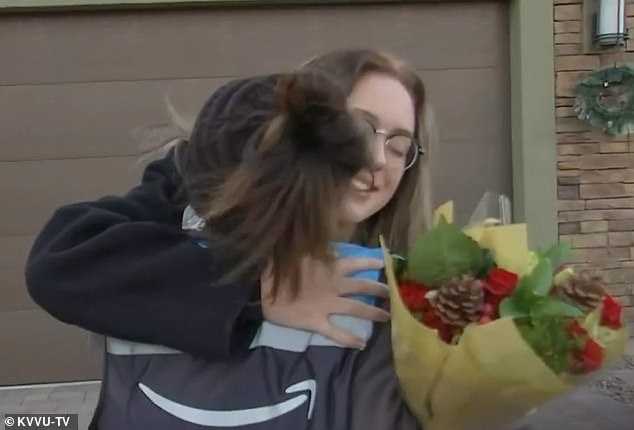 ‘The screams made me think of my own child. I would only hope someone would jump in and help her if she was in a similar situation,’ shared Lontz. ‘I wouldn’t even think its motherly, it’s just- it’s the human thing to do.’

‘I didn’t have enough time to say thank you. I was just shaken up … but no I’m so glad I got to see you again and it means a lot to me,’ Lauren Ray said on footage filmed by Fox 5.

‘I wish it was different, you know I wish more people would act and I’m just glad I was here to do it,’ Lontz said in response.

Lontz also explained how being an Amazon driver isn’t simply just dropping off packages with a great deal happening on a daily basis. 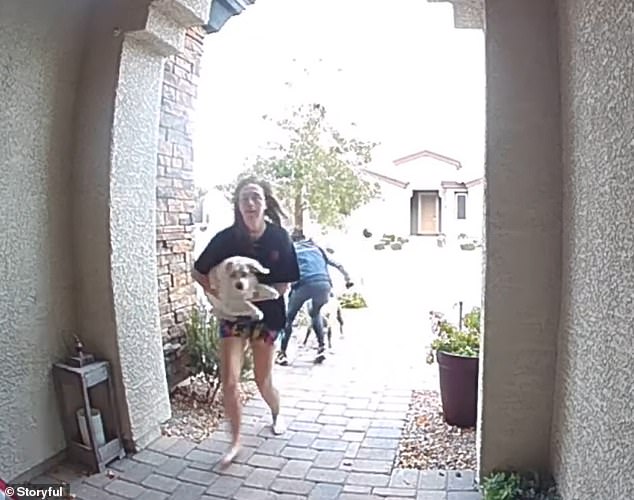 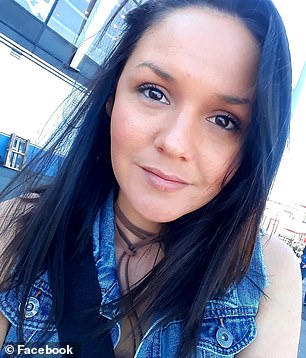 ‘Two days prior I had been bit by a dog, two days before that I had saved a baby that wasn’t even two-years-old yet- locked in a house,’ reeled off Lontz in a list of accomplishments

‘Two days prior I had been bit by a dog, two days before that I had saved a baby that wasn’t even two-years-old yet- locked in a house,’ reeled off Lontz.

‘I mean, we really go through a lot, and we’re there when other people aren’t, and sometimes it’s not even recognized. I have a coworker who put out a fire the other day; it’s just- we’re really there when sometimes nobody’s there.’

Over the weekend, Amazon workers together with the local courier company, 702 Logistics, surprised both Lontz and showed their appreciation for her actions.

They gave her family with four tickets to a special Las Vegas Christmas attraction in the city – the Enchanted Christmas at the Las Vegas Ball Park.

‘We saw that video and honestly that was something that I’ve never seen before. And just appreciate your service to Amazon and really to your community,’ a representative from Amazon said.