An Iowa church bought and forgave $5 million in medical debt 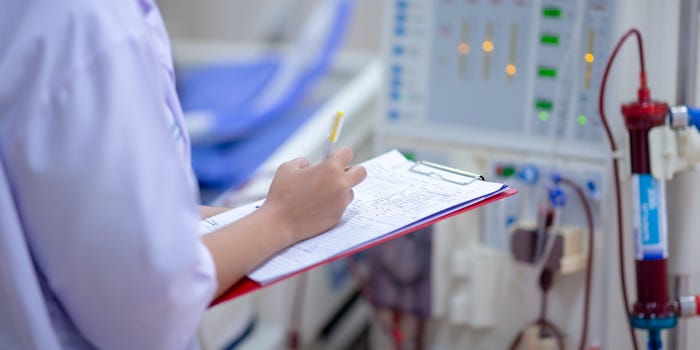 A church in Iowa says it bought and forgave $5 million of medical debt in the state.

Capitol Hill Lutheran Church in Des Moines, Iowa, announced last month in a video that the church had purchased and forgiven $5 million of Iowa's medical debt.

According to the church's "medical debt relief campaign" website, the church partnered with "RIP Medical Debt," an organization that purchases and then abolishes debt. The church said on its website that "on average, $1 is leveraged to abolish $100 in medical debt."

Rev. Minna Bothwell of the Capitol Hill Lutheran Church told the Des Moines Register that the church could purchase $5 million of Iowa's medical debt for around $8,000.

The church started another fundraiser to purchase and forgive medical debt in Missouri, a contiguous state of Iowa. According to the campaign website, the church has surpassed its goal to raise $20,000.

During the coronavirus pandemic, many Americans have had to suffer the toll of paying expensive medical bills.

For example, an uninsured patient from New York City received a bill of over $30,000 after staying three nights at the hospital for coronavirus treatment, Business Insider's Kimberly Leonard reported in May.