The Andrews government has set up another clash with its federal Liberal counterparts, launching a pilot scheme intended to eventually provide sick and carers’ leave for Victoria’s 650,000 casual and insecure workers.

Premier Daniel Andrews on Monday announced his latest foray into industrial relations, largely a federal policy responsibility, saying the "toxic’ effects of insecure work had become obvious during the coronavirus pandemic and that workers needed support so they were not forced to go to work sick. 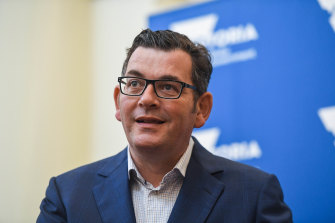 Treasurer Tim Pallas said the trial – which will apply to hospitality staff, aged-care workers, cleaners, security guards, and supermarket workers – would be paid for by the state government, but any future iteration of the program would be funded through employment levies.

The announcement came as the government revealed budget boosts to the state's healthcare system, including a $75 million allocation for design, early planning works and land acquisition for the new Melton hospital in Melbourne's growing north-western suburbs.

The hospital investment, which the government has been pressured to build for years, will come alongside about $320 million for refurbishing metropolitan and rural health facilities.

The reaction to Labor's sick-leave plan for casuals from the federal government was swift, with Workplace Relations Minister Christian Porter condemning the idea as "employment-killing". The national employer organisation, the Australian Industry Group, and the state Liberal opposition also opposed the proposal.

Tuesday’s state budget will contain $5 million for a pilot program for the sick leave scheme, which is intended to offer qualifying casuals and other insecure workers five days leave paid at the minimum wage, $750.

The full cost of the program, likely to be several hundred million dollars a year if it is widely taken up, will be funded by what Mr Pallas described as a "modest" levy on employers, a feature of the proposal which drew criticism from employer and business groups. 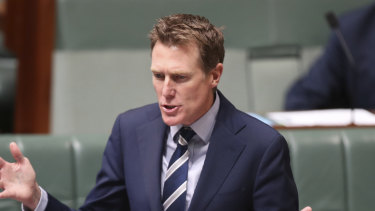 But Mr Andrews argues that both business and the state would benefit from a "massive productivity boost" under his scheme, which is yet to be fully designed.

“Not just in a pandemic, but seasonal flu is a big challenge every single year.

"There is a massive productivity boost that comes from this, there’s also a public-health benefit but also that sense of decency that those who are doing it very tough but work very hard should be better provided for than the current system does.” 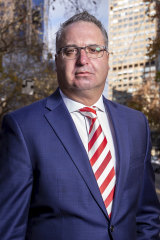 Mr Porter said he was working on a better solution to the problem of insecure work, with a policy being developed that would give casuals more opportunity to gain permanent status.

“After Victorian businesses have been through their hardest year in the last century, why on earth would you be starting a policy that promises to finish with another big tax on business at precisely the time they can least afford any more economic hits?” he said.

Opposition Leader Michael O’Brien said the levy to fund sick pay would discourage businesses from taking on new workers as the state recovered from the pandemic-induced recession.

He said industrial relations was a federal government responsibility and pro-business policies were required to arrest Victoria’s high unemployment rate.

“[Businesses] need a helping hand, not a kick in the guts.

Victorian Chamber of Commerce Industry chief executive Paul Guerra said he would wait for details of the industry levy but would oppose any measure that was paid for by businesses.

“Our position is really clear – there can be no further impost on business at a time when business is on its knees,” he said.

“A casual worker already gets a 25 per cent loading on top of their normal salary to make up for those things like sick leave.”

The Victorian Trades Hall Council and the Australian Council of Trade Unions welcomed the announcement, with ACTU secretary Sally McManus describing the scheme as "plugging the holes the federal government should be fixing".

The ACTU has long campaigned for sick leave for casual workers, which had renewed impetus after anecdotal evidence out of Victoria that workers without sick leave were going to work with symptoms of coronavirus.