The number of anti-Semitic attacks rocketed around the world last year with the UK, US and Germany seeing a huge rise in violent assaults, arson and vandalism against Jews, a report has found.

A study by Tel Aviv University found a surge in online hate speech, financial hardship caused by Covid lockdowns, and the intensified Israel-Palestine conflict last year all contributed to an increase in attacks against Jewish people and communities.

The success of the far-right and far-left in both political and online spheres has also fuelled the surge, as well as anti-Semitic conspiracy theories related to Covid, with social media playing an ‘exceptionally alarming role’. 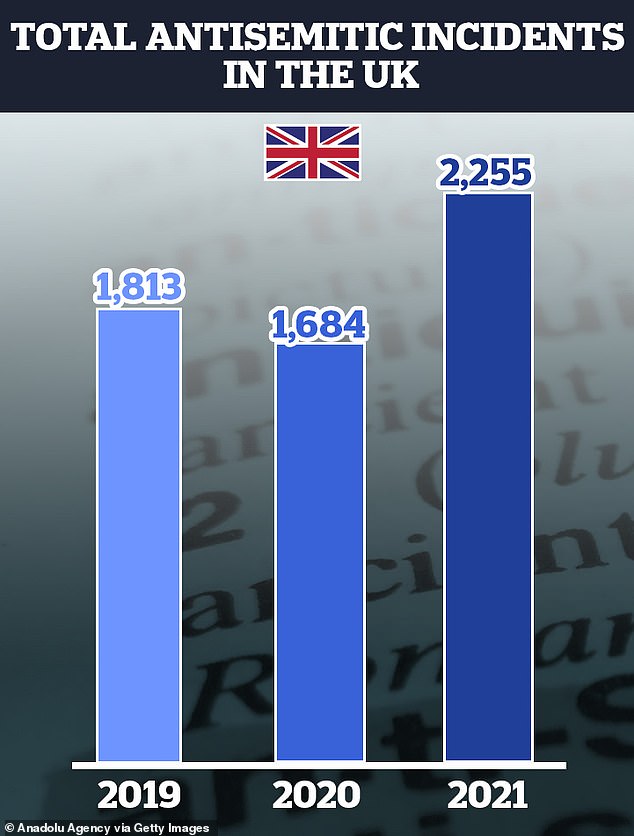 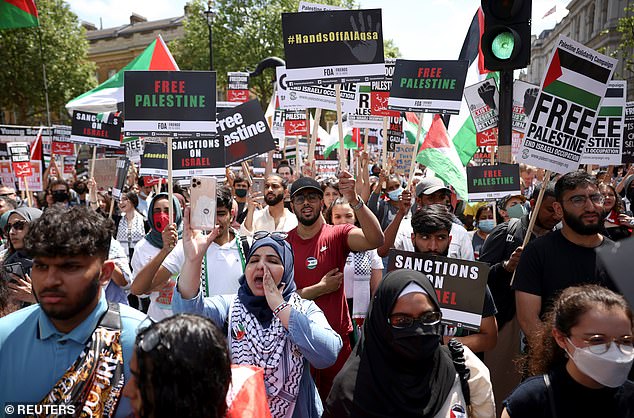 The study also said: #Another factor contributing to the negative trend of a rise in anti-Semitic attacks is that some human-right activists began to exclude Jews and Israel from their struggles consciously.

The 28th annual report was published by the Center for the Study of Contemporary European Jewry, based on national data.

It found a ‘significant increase in various types of anti-Semitic incidents in most countries with large Jewish populations’.

All the world’s largest Jewish communities around the world outside of Israel saw an increase in incidents other than Italy and Argentina, who saw a slight drop and no change respectively.

Three incidents of extreme violence were recorded by the Community Service Trust, which are defined as attacks ‘with the potential or intention of causing death or grievous bodily harm’.

The highest month of anti-Semitic incidents ever recorded in the UK occurred in May last year during the height of the Israel-Palestine flare-up. 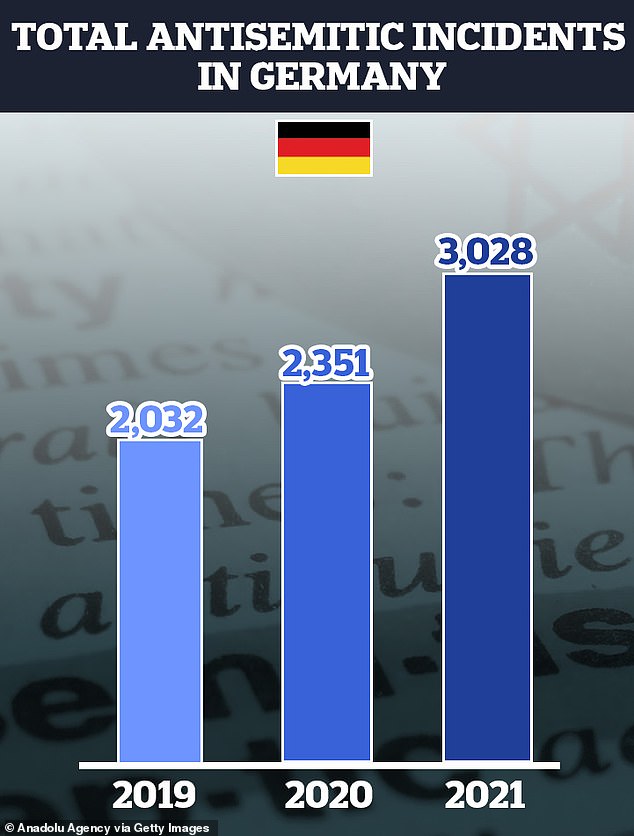 In Germany, 3,028 crimes with an anti-Semitic motive took place, the highest figure in its recent data

The US, which has the largest Jewish population outside of Israel with six million, anti-Semitic hate crimes in LA and New York nearly doubled from 2020.

The two cities have the largest Jewish populations in the US, and the NYPD recorded 214 hate crimes, up from 126 the year before, while 79 were recorded by the LAPD, up from 40 in 2020.

According to the study, 28 violent physical attacks against Jews took place across the country last year, compared to 12 the year before.

The American Jewish Committee found 82 per cent of Jews believe anti-Semitism has increased in the past two years, with 24 per cent saying they had been targeted.

In Germany, 3,028 crimes with an anti-Semitic motive took place, the highest figure in its recent data. 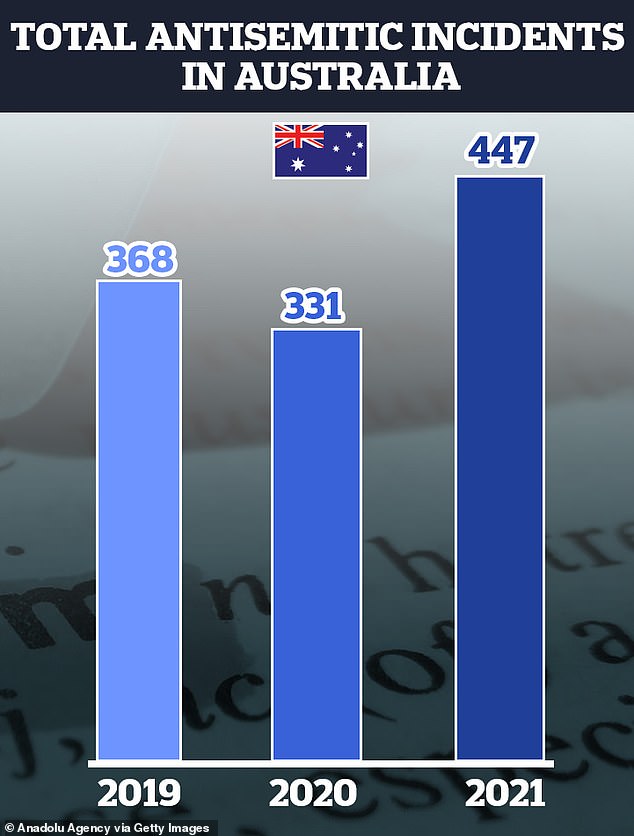 In May last year, the 88 incidents were the highest ever monthly total on record.

The head of the study, Professor Uriya Shavit, said: ‘These data result from the strengthening in some countries of the radical populist right and the anti-Zionist radical left.

‘Covid-19 angsts, and the economic hardships that followed, unleashed voices of hatred and prejudice. So did the conflict in Gaza in May 2021.

‘Social media, with the echo chambers it cultivates, popularizes destructive conspiracy theories on which antisemitism thrives.’

The professor added ‘something has gone terribly wrong’ despite vast resources being pumped into eradicating anti-Semitism.