An experienced architect has been fined after she accused her neighbours of building ‘Nazi concentration camps’ when they knocked down garden wall and began putting up a car port.

Karin Reenie Elliott sent a series of abusive texts after the couple knocked down the partition at their home in Norwich including one that read: ‘We are not in 1930’s Germany, we are not Jewish, we don’t wear yellow stars and you won’t crush us.’

She also asked if they would be ‘putting their children in charge of the gas chambers’ and told them ‘the Nazis didn’t get away with it and neither will you’.

The Architects Registration Board became aware of the dispute after discovering Ms Elliott was subject to a restraining order against the couple – identified only as ‘Neighbour A’ – made by magistrates in 2019.

A disciplinary panel has since found Ms Elliott guilty of unacceptable professional conduct and decided the appropriate sanction was to impose a £2,000 penalty order which must be paid within 28 days. 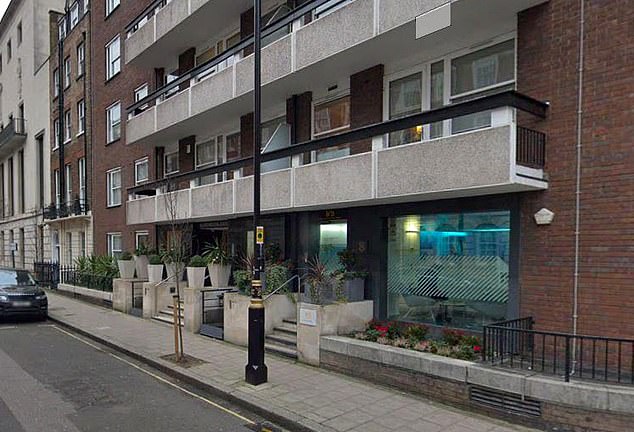 The disciplinary hearing was told that problems began after Neighbour A and her husband got permission to carry out building work on their property.

Ms Elliott became enraged after the unnamed couple knocked down the wall, which they claimed was on their property, and began building the carport.

She demanded they ‘apologise and rebuild our wall exactly as it was’ and said ‘civilised people’ would protect her from their ‘hate crimes’.

Norwich City Council investigated after Ms Elliott reported the couple but concluded that proper planning permission had been secured.

A short while later, Ms Elliott sent a text message to Neighbour A which read: ‘You can’t just take someone else’s land or other property because you rather like the look of it.

‘There are enough civilised people in this country that will protect us EU citizens against your horrid hate crimes.

‘Apologise and rebuild our wall exactly as it was, straight away, or we will make sure that you face the consequences of your hateful cations’.

The tribunal heard Ms Elliott’s shocked neighbour asked her to stop sending her messages and advised her to talk to a solicitor.

However, the abusive messages continued with Ms Elliott – an architect for 25 years – repeatedly implying the couple were Nazis.

One message read: ‘No regrets then? For Krystallnacht [sic] 1917? We will not be your victims anymore.’

She also accused the couple of building concentrations camps saying there were none in Britain yet but ‘they were trying to build one’.

She said: ‘Will your children be put in charge of operating the controls of your filthy gas chambers? The Nazis didn’t get away with it and neither will you.’

In another she said: ‘I’m thinking of applying for planning permission for a little illuminated sign on the boundary of my garden with yours*.

She also attacked the woman’s husband and said: ‘There wouldn’t be enough comfort food in Norfolk to make up for the emotional trauma caused to any woman that had to sh** your Nazi husband.’

In an unusual turn of events another neighbour’s husband had been watching the hearing remotely and during a break informed staff that his wife had also received messages from Ms Elliott.

This time Ms Elliott had taken offence to the fact that Neighbour B’s family had rented a hot tub for the weekend.

She told them: ‘You cannot instigate a one family Nazi regime to occupy our land and intimidate us off our property.’

Giving evidence at the hearing Ms Elliott expressed remorse for her ‘childish behaviour’ but said she just wanted to make sure her neighbours knew she didn’t like them.

She said: ‘I wished to state in no uncertain terms that there was no “friendly agreement” for them to use our home, our garden, our gates, our forecourt, our laneway, or any other part of our property, as both neighbours were claiming.

‘But I regret that in my texts, I resorted to childish bad language. I wanted to ensure that there was no ambiguity that I did not like them. But I went way too far.

‘My text messages moved beyond these matters into personal insults.

‘In mitigation, I would ask the members of the panel to understand what it feels like to be attacked. It’s hard not take it personally when strangers are smashing up your home.’

Ms Elliott said she hadn’t had any contact with either neighbour for three years.

The disciplinary panel found her guilty of unacceptable professional conduct.

Chair Julian Weinberg concluded: ‘[Ms Elliott] repeatedly sent gratuitously abusive and offensive texts to both Neighbours A and B with what could only be the intention of causing offence…

‘The abusive content was unrelated to her neighbour disputes and could not have advanced her legal rights.’

The panel decided the appropriate sanction was to impose a £2,000 penalty order which must be paid within 28 days.