An Arizona defendant pleaded guilty in Texas on Thursday to two counts of capital murder in connection with a Thanksgiving Day 2018 home invasion in El Paso, allowing him to avoid the death penalty.

Jason Gibson, who was 38 at the time of the murders, admitted to killing Juan Pablo Salas, 58, and his son, Jonathan Salas, 24, at their El Paso home on Nov. 22, 2018, and to shooting Lorenza Salas, the victims’ wife and mother, according to KFOX 14 in El Paso. Lorenza Salas survived.

Gibson was sentenced to life in prison. The state had sought the death penalty before Gibson took the plea deal. 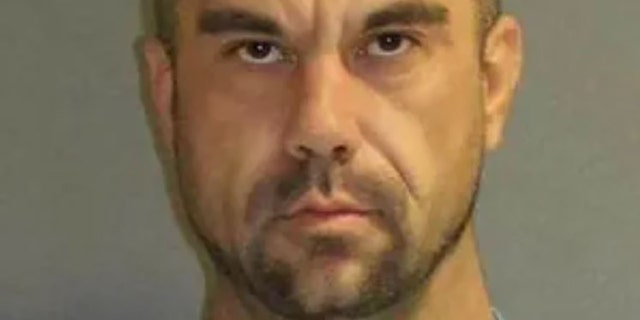 Jason Gibson admitted to killing Juan Pablo Salas, 58, and his son, Jonathan Salas, 24, at their El Paso, Texas, home on Thanksgiving Day 2018, and to shooting Lorenza Salas, the victims’ wife and mother.

Earlier that day, Gibson reportedly broke into the home of an 86-year-old man in La Cruces, New Mexico, and severely beat him, KVIA-TV in El Paso reported. When the man’s 64-year-old daughter arrived with a friend to bring the man to Thanksgiving dinner, Gibson tied up the friend and forced the daughter at gunpoint to drive him to El Paso where he broke into the Salas’ home and shot them.

He was arrested several days later following a pursuit with U.S. marshals in Daytona Beach, Florida, while driving a vehicle he stole from the Salases, KFOX reported.