Two army instructors who sexually abused a 14-year-old girl after a Remembrance Day service to mark 100 years since the end of the First World War have been jailed.

Lieutenant Dennis Bowie and Sergeant Alice McElhinney were found to have committed a ‘serious breach of trust’ by targeting the girl who was in their troop for the November 11 service in 2018.

Bowie, 49, a detachment commander of the Sussex Army Cadets in Bexhill, groped and kissed the girl.

McElhinney abused the same girl and Bowie told the teenager he was jealous of their relationship as they both continued to abuse her. 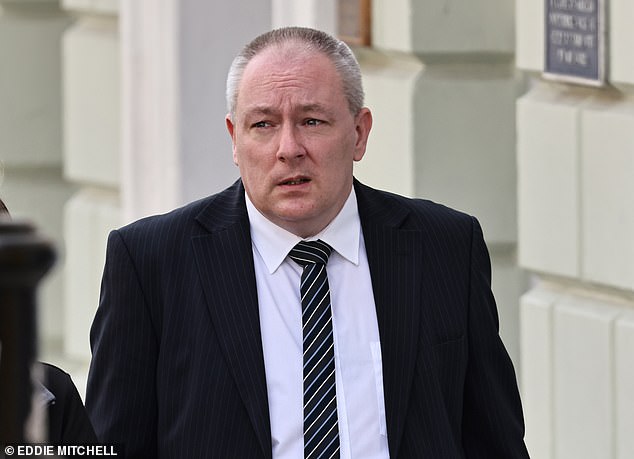 Lewes Crown Court heard how the pair had discussed their sick fantasies in hundreds of text messages.

In one message, Bowie told McElhinney he was disappointed with his attempts to abuse the girl after buying alcohol for cadets after the Remembrance Day service.

Amy Packham for the prosecution told the court Bowie had been detachment commander and both had been volunteer members of the Bexhill army cadets for a number of years.

Is was heard that Bowie had also been found in possession of indecent images of children on his phone. 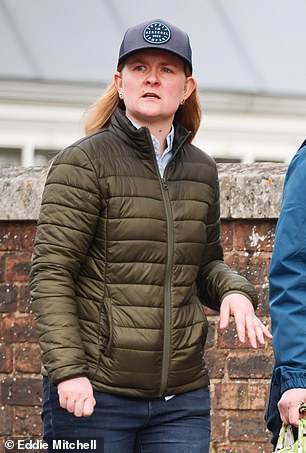 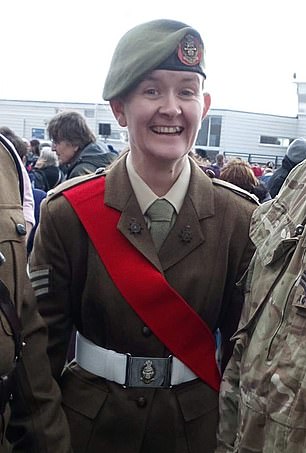 McElhinney, also from Bexhill, admitted one offence of sexual communication with a child, and two offences of sexual activity with a child. She was sentenced to a total of three years and nine months imprisonment

Four young females were identified as possible victims after McElhinney’s phone was seized by police.

‘There was discussion about what they were doing or trying to do with the young cadets on their phones,’ Ms Packham said.

The messages showed the relationship between defendants was open and they were relaxed about the comments they were making to each other.

Bowie at one point told McElhinney that he liked ‘fun, flirty, filthy’ cadets.

Ms Packham added: ‘They trust each other with what would be seen as highly controversial views.

‘Both were interested in the cadets sexually and suggested relations with previous cadets.’

In a harrowing victim impact statement, the 14-year-old said she started to self harm as a result of the abuse and tried to take her own life.

‘I felt like nothing. I felt like a toy. I felt like my life would fall apart. I felt used and trapped. It took me a long time to realise It wasn’t my fault,’ it read.

Her Honour Judge Janet Waddicor described the offending as a massive breach of trust. 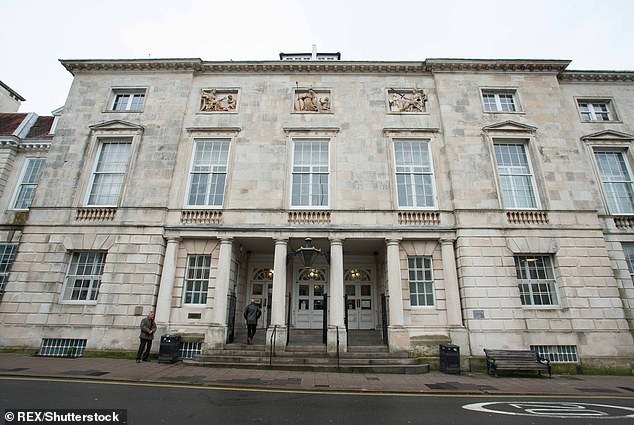 ‘It’s an abuse of trust by her family and the trust placed in them by the cadets.

‘It was almost as if they were playthings,’ the judge said.

McElhinney, who has worked as a bartender and chef, tried to dismiss the grooming as ‘banter’ to police.

He was sentenced to a total of five years and two months imprisonment.

The indecent images were taken from the internet and are not believed to be related to any local children.

McElhinney, also from Bexhill, admitted one offence of sexual communication with a child, and two offences of sexual activity with a child.

She was sentenced to a total of three years and nine months imprisonment.

Both will be registered sex offenders for life and were given a Sexual Harm Prevention Order (SHPO) to last indefinitely, severely restricting her access to children.

East Sussex Safeguarding Investigations Unit Detective Constable Anthony Luke said: ‘The defendants committed sexual offences against a young girl which were also a serious breach of trust in relation to their roles having responsibility for the care and welfare of young people.

‘The court heard that three girl cadets in the same Unit had also been subject of personal and online attention from Bowie and McElhinney in a way which clearly breached ACF rules on contact between staff and cadets.’

An MoD Spokesperson said: ‘We can confirm that two former Army Cadet Force adult instructors were sentenced today, Friday 28th May at the Crown Court in Lewes following their guilty pleas to sexual offences.

‘Child sexual abuse is an abhorrent crime, and we have robust procedures in place to protect cadets.

‘We encourage anyone who has been a victim, or knows someone who has, to report it to the police.

‘With the limitations of the Sexual Offences (Amendments) Act 1976 and 1992 we will never be able give any details concerning the alleged victim which could lead to identification.’