Arsonist jailed for 13 years after killing grandmother in house blaze

Arsonist, 20, is jailed for 13 years after killing frail grandmother, 74, in house blaze during fire-starting spree

An arsonist has been sentenced to 13 and a half years behind bars after killing a frail grandmother in a house fire.

Tyler Flanagan was sentenced for the manslaughter of 74-year-old Julia Flynn, who died after he torched her home in Huddersfield during a fire-setting spree last year, the Old Bailey heard on Friday.

The 20-year-old was ‘roaming the streets looking for things to steal and cause damage’ on the night of June 17 last year, the court heard through a video link, which was also played in Leeds Crown Court. 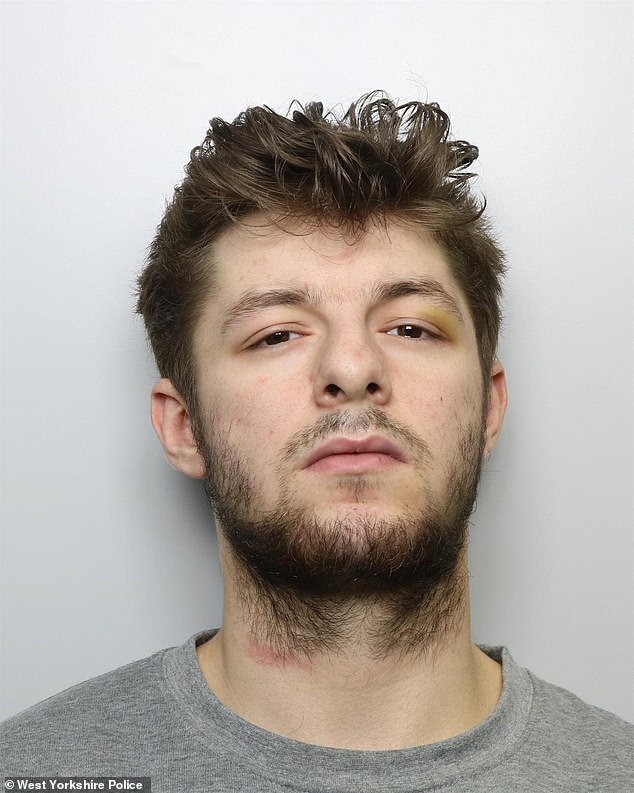 Tyler Flanagan has been jailed for 13 years after setting fire to the home of 74-year-old in Julia Flynn. Firefighters pulled Ms Flynn from the home but she died of her injuries days later

He spotted the ‘obviously occupied’ home of Ms Flynn on Leeds Road at around 11.30pm.

The home had two grab rails and shallow steps outside to assist the infirm pensioner, who was too weak to go upstairs and slept on the ground floor, said prosecutor Chloe Hudson.

‘The defendant intentionally lit a fire in the rear porch of her home then left the scene. Julia Flynn was helpless, inhaling smoke.

‘She was pulled from her home and taken to hospital but never recovered from the effects of the fire and died some days later in hospital.’

Flanagan then cycled to Huddersfield Road around four miles away and set fire to an out-house at another property.

‘Thankfully the fire brigade managed to extinguish the fire before it could spread to the main part of the house’, said Ms Hudson.

After lighting that fire, he went to another home and was caught on CCTV trying doors, before going on to steal a radio from a Renault Clio, and also damaged the vehicle with fire, the court heard.

In the early hours of June 18, he was stopped by police on Huddersfield Road and found to have black gloves, a knife, and a lighter on him.

On the first day of his trial in December last year, he admitted manslaughter, arson being reckless as to whether life was endangered, two counts of arson damaging property, attempted burglary, having a blade and criminal damage.

He was acquitted of murder and arson with intent to endanger life after a subsequent trial. 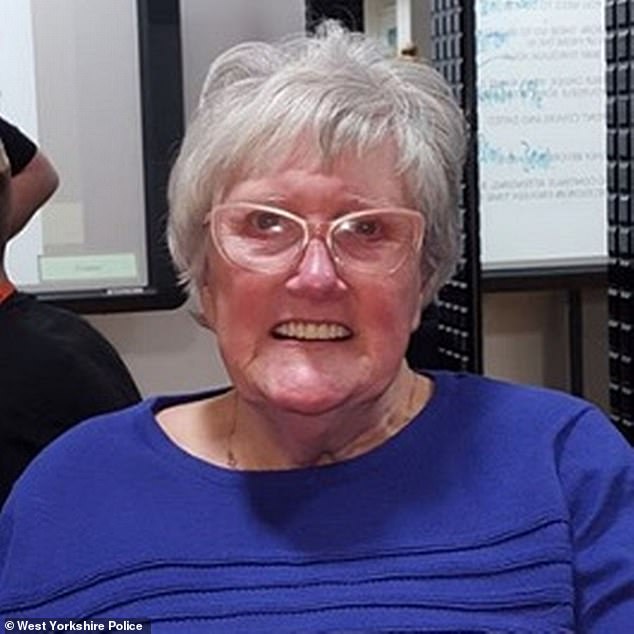 Ms Flynn had two daughters, who spoke of suffering depression and anxiety after her death.

A family victim impact statement read to the court over video-link said: ‘We were all very close to mum who still lived in the family house. It’s the house we grew up in, it was the home she loved.

‘Our family is forever changed by the actions of this man.’

Flanagan, who appeared through a video link from HMP Hull wearing a grey T-shirt and sporting a straggly beard, remained expressionless as he was sentenced by Mr Justice Murray.

Flanagan will serve two-thirds before he is considered for parole, with the judge saying: ‘I consider you pose significant risk of putting members of the public at risk of serious harm.’